Bruno Assis vows to win at BRAVE 25 and then fight for the title: ‘I deserve it’ 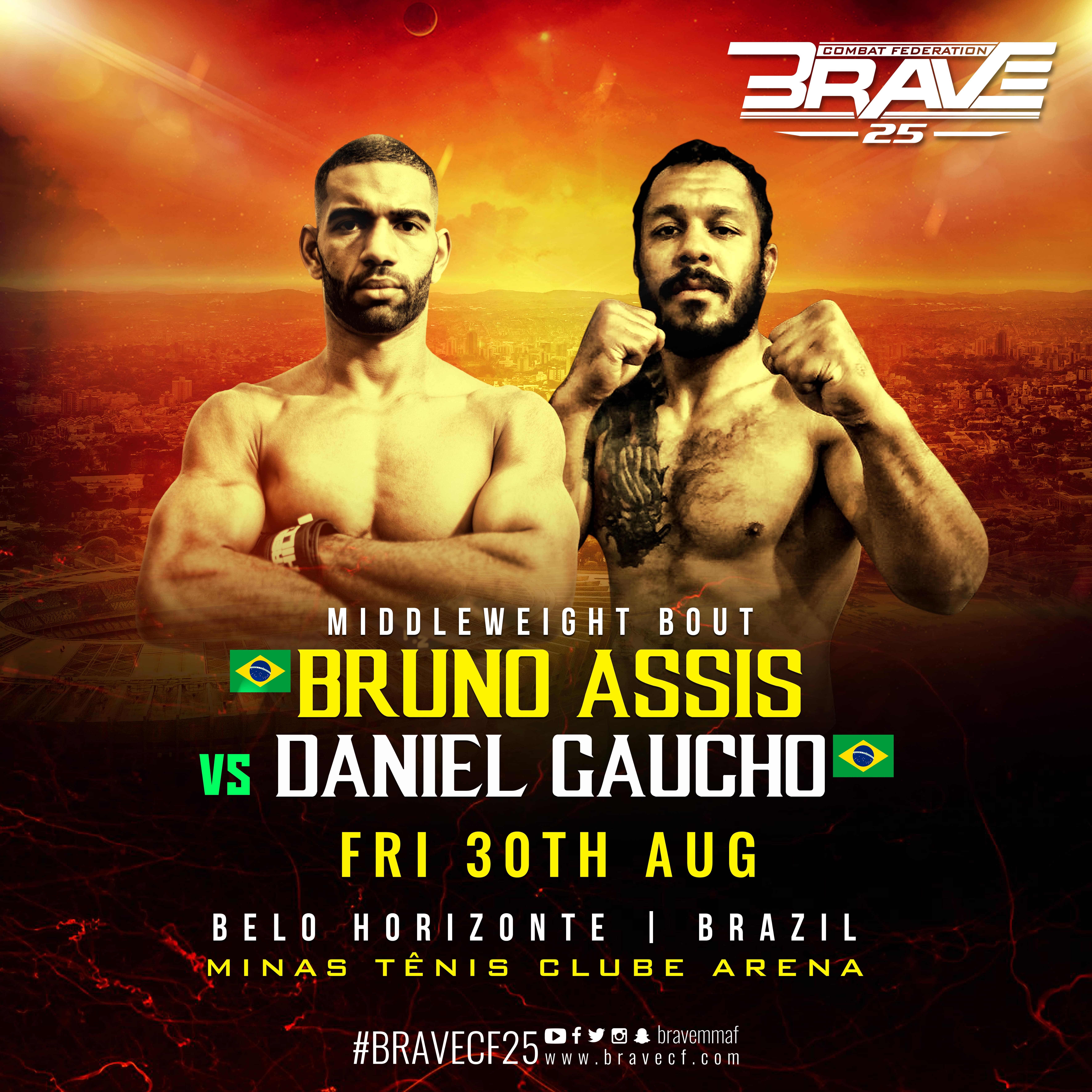 Middleweight powerhouse Bruno Assis has two victories for BRAVE Combat Federation and feels he’s one other victory away from fighting for an eventual inaugural world title with the promotion. He takes on dangerous newcomer Daniel “Gaucho” Souza in the main card of BRAVE 25, set to take the Brazilian MMA scene by storm on August 30th, in Belo Horizonte, Brazil.
Bruno is on a tear since joining BRAVE CF, submitting both of his opponents. He first fought in BRAVE’s debut in Belo Horizonte, back in April of last year, when he finished Douglas Mahal with an armbar. But his landmark victory so far is against grappling giant Rustam Chsiev. He surprised the Russian with a slick triangle choke when they faced each other at BRAVE 21, in Saudi Arabia. 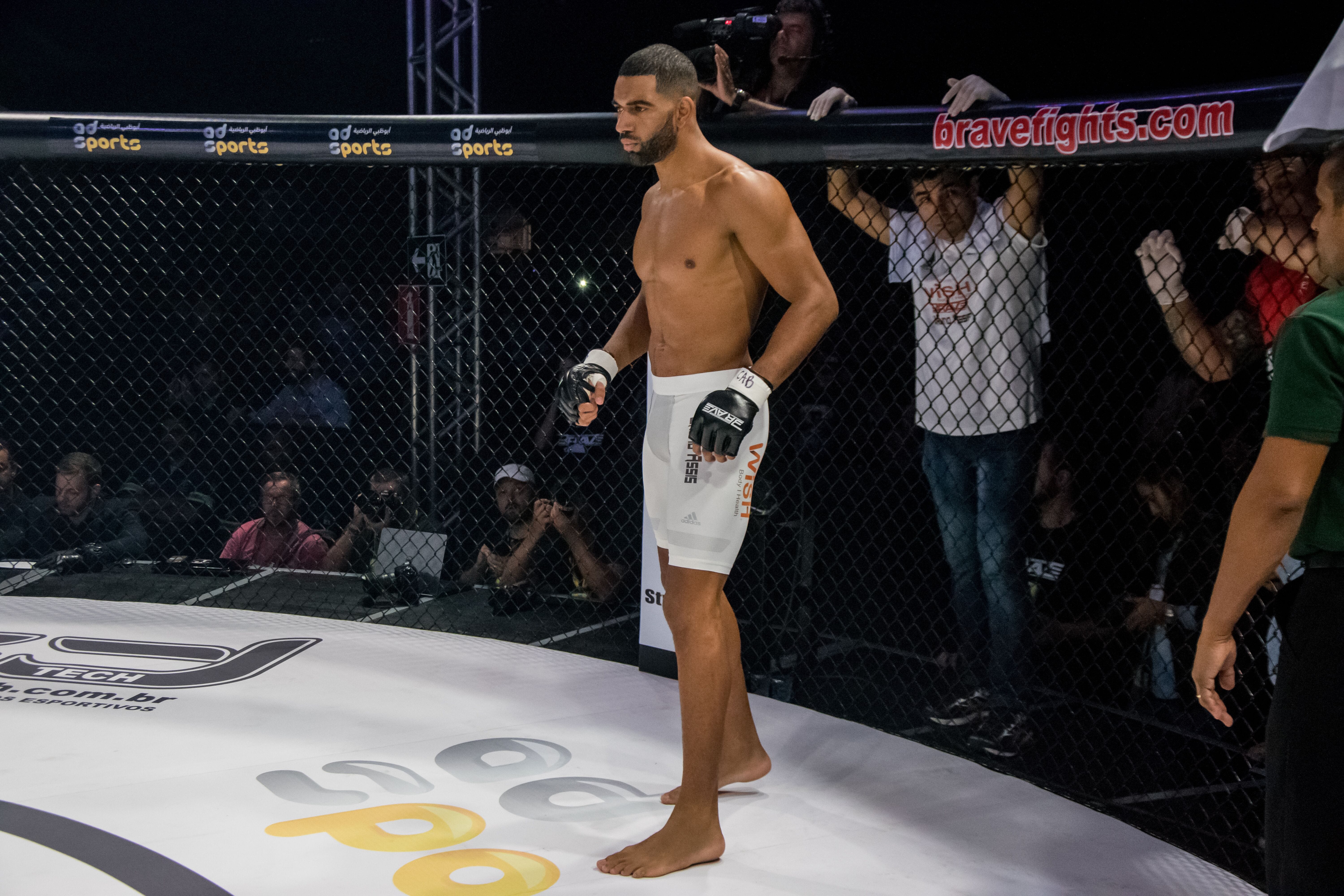 While BRAVE CF has yet to crown a world champion in his weight class, Assis is adamant he deserves to be in the conversation whenever the promotion opens up the world title at Middleweight.
“I know I have a very tough opponent in front of me. He’s strong and experienced, but I’m also like that. My last fight proved that I’m at the top of the division. I fought a very tough Russian fighter, a guy who has heavy hands and is a very, very accomplished wrestler. I followed our strategy and showed a lot of patience by waiting for the right moment to finish the fight. The division is wide open right now, but I deserve to fight for the title”, says Bruno.
A native of Belo Horizonte, and fighting out of the famous BH Rhinos gym, Bruno will have the fans by his side on fight night, as he will lock horns with Souza, who trains at the CM System gym with Lightweight world champion Luan “Miau” Santiago. “Brunão” hopes to be steered towards victory by the crowd.
“I fought before in Belo Horizonte for BRAVE CF. I was surrounded by my loved ones, by my fans and all those who want me to do well. It was such a special night and the highlight of my career so far. Hopefully, BRAVE 25 will be even better”, dreams Assis.
BRAVE 25 will be headlined by a title fight between reigning Lightweight world champion Luan “Miau” Santiago, who takes on dangerous striker Cleiton “Predator” Silva. The explosive fight card also features the likes of former Bantamweight challenger Felipe Efrain, newcomer Matheus Nicolau and Djamil Chan, owner of the fastest-ever BRAVE CF KO, who takes on fellow brawler Leonardo “Macarrão” Mafra.

Previous articleCalvin Kattar hoping to upset ‘next title contender’ Zabit at UFC on ESPN 6
Next articleBRAVE 25’s Macarrão: ‘Creation of Super Lightweight is the best initiative in MMA’