Bryan Barberena: This fight is going to steal the Show! 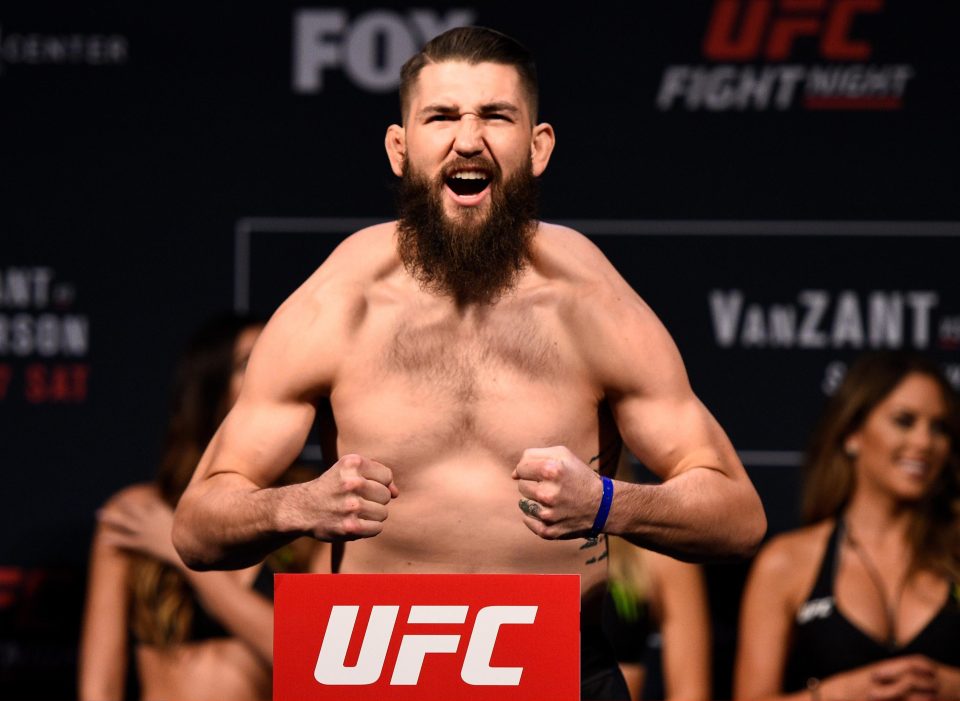 Bryan Barberena returns to the UFC octagon on September 2, 2017 at UFC Fight Night 115. The MMA Lab product will be locking horns against finish specialist and former BAMMA welterweight champion Leon Edwards. “Bam Bam” currently holds a decorated record of 13-4, with wins over the likes of Sage Northcutt, Warlley Alves and Joe Proctor. He has also finished 11 of his 13 wins. Ahead of one of the biggest fights of his career, the finish specialist took some time out to talk about his journey so far, his current position in the welterweight picture and more.

When you look behind and realize that this is how far you have made, how does it feel? What according to you is your greatest achievement?

I feel thankful. Thankful for my wife and kids, my family, friends, training partners, coaches, and fans. They all believed in me and helped get me to this point. A lot of struggles and sacrifices, ups and downs, and even more hard work. I am thankful.  My greatest achievement is scoring my smoking hot wife and being the father to our 3 amazing kids. As far as fighting goes the best is yet to come. It changes every day and every fight. The achievement to capture right now is taking out Leon Edwards.

In most of your fights in the UFC you are the underdog. What is your take on this? Does the fact that people underestimate you affect you at all?

Underdog or Favorite they’re both the same. In both situations you have to prove you’re the better man on fight night and that’s my main focus. Both ways I’m doing me and everyone will enjoy the show.

I believe I’m closing in on the top 15 and with a finish over Leon I believe I will have a number by my name and fighting other guys with numbers by they’re names.

You will be facing former BAMMA welterweight champion Leon Edwards at UFC Fight Night 115. He, just like you, is known for finishing his opponents. What are your thoughts on him? How do you see this fight going?

I can tell you Hands down I think this fight is going to steal the show. I’m coming to put on a show for the fans in Rotterdam, finish this guy and get my hand raised and eat some pizza.

Woodley and Maia will be an interesting fight. Honestly I’m just happy for Maia that he finally gets his crack at the gold with the streak he’s been on. Whoever wins will now have the target on they’re back. GSP is a great fighter. But I never think about what GSP is going to do. If he comes back cool, if not, it’s cool.

MMA is notoriously known for being a negative sport. Time and again athletes have quit the sport because of the draining negativity the sport has around it. Back when you started fighting, women found it difficult to get recognition. How did you deal with the negativity? Did the backstage politics ever affect you?

There’s always going to be negativity in everything you do. People telling you that you can’t do something or that you’re no good. You can’t listen to them, just keep your head to the grind and use what they say as fuel to get you to that next level. Just believe in yourself and believe in your work.

As far as fighter pay goes, yes I believe fighters should make a hell of a lot more money. But I signed a contract that has my pay that I agreed to and that’s that. If I keep winning and finishing people then my pay is going to rise. This sport still has more growing to do and the pay scale is one of them. Only way to fix that right now is win fights and get a new contract. There’s been word of a fighter union but haven’t seen or heard much from it. I believe a union for the fighters is a great thing. We need a voice for all the fighters as one instead of being individual and not being heard. Look at all the big sports, they all have player unions to protect the players.

A message for your fans:

I want to thank most importantly my wife Diana and my kids Deagan,Chael, and Tevia. Love you guys everything i do is for you. My family, My Team the best team in the world The MMA LAB!! All the BamFans out there, I couldn’t do this with out your support! Special Shoutout and thank you to Sweet James. sweetjames.com , Love MMA Apparel, the Redondo Family, La Piazza, JWCS LLC, (RIP)Walters & MeeMaw, CMBar Inc, MSC Gmaing, ‘The Top Elite’ all for supporting me through this journey.

Thank you for your time.