Bryan Caraway: ‘Fight Island is like Disneyland for fighting!’ 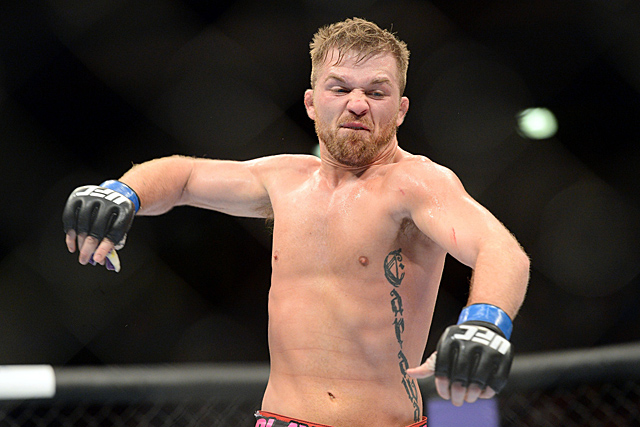 Dana White has made it clear that UFC will be back and running from May 9th. The UFC president has already put forward a highly stacked card for that date and the event is scheduled to take place at the UFC’s Apex facility in Las Vegas.

However, as confident as Dana White is, he was forced to put his previous event on hold after Disney and ESPN executives told him to stand down. Dana White had booked Tachi Palace Casino Resort to host UFC 249 which was supposed to take place this weekend. He was also close to booking an Island where he could host foreign fighters.

While White may have lost his bet on the resort, the Island could still be a feasible option in the near future for hosting fights. He had previously said that the infrastructure was already being built to accommodate fighters.

Former UFC fighter Bryan Caraway was excited by the concept of Fight Island. He said that a private Island could open new potential doors in terms of entertainment.

“Its really cool! Its gives you something different,” Caraway said. “Something to get excited about in terms of the play, members, etc. And being able to get a private island, there will be a lot of things they will be able to do being there like stay regulations, commissions. This might open up and play a different mix of flavors of things and its really going to help the entertainment side of the sport.  We can also do that outdoor island show because it’s the fight island. The whole purpose is to make it like a Disneyland or like a theme park. There are so many things which raises in my mind as a businessman and as a fan. And it can be really cool and fin, and this is exactly what UFC needs we are already the ultimate fighters and we can really take off and grow into something really cool!”.

In the midst of the pandemic, major sporting organizations have either cancelled or postponed their events, Dana White was eagerly waiting to keep the show running. Before cancellation when there were talks about UFC 249 taking place at a casino in tribal lands, fans and media raised questions regarding the safety of the athletes.

Dana White repeatedly assured that the fighters will be provided with the best medical care. Despite the backlash from the fans, UFC was going to go ahead with their plans of hosting events. In fact, Dana White was able to get all the fighters to agree to fight in the midst of the pandemic. No UFC fighter openly admitted that they didn’t want to fight at UFC 249 and according to Bryan Carraway, fighters who stepped up to fight will always remain on Dana White’s good side.

“You always have an option. That there are going to consequences to those options,” Carraway said when asked if the fighters have an option of declining fights. “Now In this case, when it’s a world pandemic and in Rose’s family two people have actually passed away, I don’t think that can hold that against you, if you step into the fight, of course you score brownie points.  Dana White is a very raw type of guy, he likes people who takes risks and step up. He is a businessman and a fan hence to say that you don’t have options won’t be fair. And in all my experiences, for more than 8 years, and Dana White is a fair guy, like if you bring valid points he will always give you an option.”

While Dana White is planning to host the May 9th event headlined by Justin Gaethje and Tony Ferguson, fans will always want to see Khabib vs Tony.

“Justin Gaethje stepped up to fight Tony Ferguson and that’s a great fight too. But the Khabib-Ferguson is long overdue. They had scheduled it 5 times before, since 2015. Fans have been longing for this, I have been longing for this, I am so pumped for that and I still think whether its going to happen or not, because Justin Gaethje just stepped in. But Dana White is a pretty man of his world, if he decides Justin Gaethje is going to have a fight because he stepped in the time of crisis. I feel that they would make khabib fight Ferguson and then make Justin Gaethje the winner, as he stepped up to save the card.”

Lastly with highly contagious virus infecting most of the countries around the world, Bryan Carraway has a message for Indian fans. He urged fans in India to train themselves mentally and have an attitude of gratitude.

“I love you all there. We are all in this together. Just keep up the hope, Tough times don’t last and tough people last. Take some time off for yourself and work on that mental game, yes this is a rough time, but this is also the time which gives you the time you never used to have because of the really grind. Now you’re getting more time to self-reflect because everything starts with your brain and heart. Keep training, if you can’t train physically you can train mentally! Read a book, do whatever. Have an attitude of gratitude!” Carraway concluded.

Watch nonstop action and all the interesting fights of UFC @7 everyday on SONY TEN 2 at 7:00pm (IST).