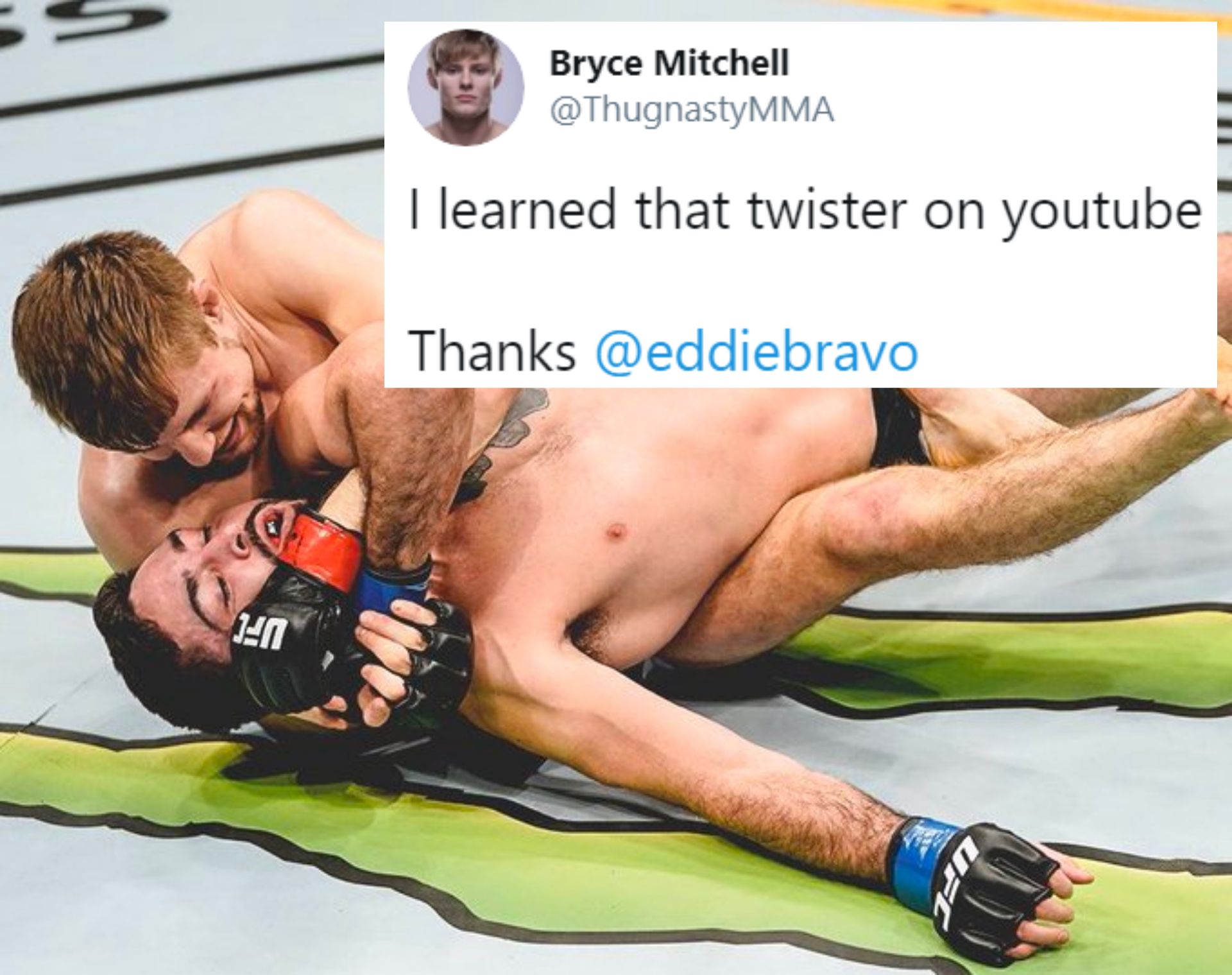 UFC featherweight Bryce Mithcell pulled off an incredible victory against Matt Sayles at the Capital One Arena in Washington DC. Mithcell defeated Sayles in an extremely rare twister submission.

Twister submissions are incredibly rare in the UFC and till now only one fighter has had the opportunity to perform the twister in the UFC. Eight years ago at the UFC Fight Night 24, ‘Korean Zombie‘ Chan Sung Jung defeated Leonard Garcia via the same submission. 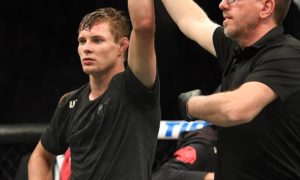 The win improved his MMA record to 12-0 and he also earned a $50,000 ‘Performance of the Night’ bonus for this incredible finish. After his win, he thanked Eddie Bravo of the 10th planet BJJ as he learned that move on Youtube.

“It’s something I do in practice a lot,” Mitchell said. “I’ve seen Eddie Bravo doing it on YouTube and I practised it, practised it and practised it. I remember every step that he told me. I even know the Peruvian twister – it’s the tighter version. I really paid a lot of attention to that video, shout out to Eddie Bravo, and yeah, that’s where I got it from.

“Me and my teammates are always practising it and it’s a good ground-and-pound stop too. If you don’t want to go for the sub, you can just punish them, and they can’t do anything. But I knew I didn’t have a lot of time left, so I just went straight to the submission.”

“I’d say it’s rare because it’s hard to do, there’s just so many steps,” Mitchell continued. “So, so many steps; it looks funky, that’s another thing.

“It looks like it wouldn’t work but it’s a common move for me. I get it, not every time I grapple, but one two or three times a week.

“I get twisters more than I get Kimuras, everyone thinks Kimuras are common. But I guess because it’s funky and it takes a lot of steps and it uses your whole body too.

“Like, armbar, you just fall back from mount, but a twister you go from regular lockdown to that butterfly style with your leg locked down and then you move the grip over here. So it’s a multi-step process if you’re opponent knows how to defend it.

“If your opponent doesn’t know how to defend it, then it’s going to be a one or two-step process because they will just give you the arm.

“But if they defend, then it’s like a six-step process so it takes time. I think that’s why it’s so uncommon because people don’t know all the steps and how to do it.” Mitchell said after the fight. (H/T – talkSport.com)

Who do you guys want to see Bryce Mitchell fight next?