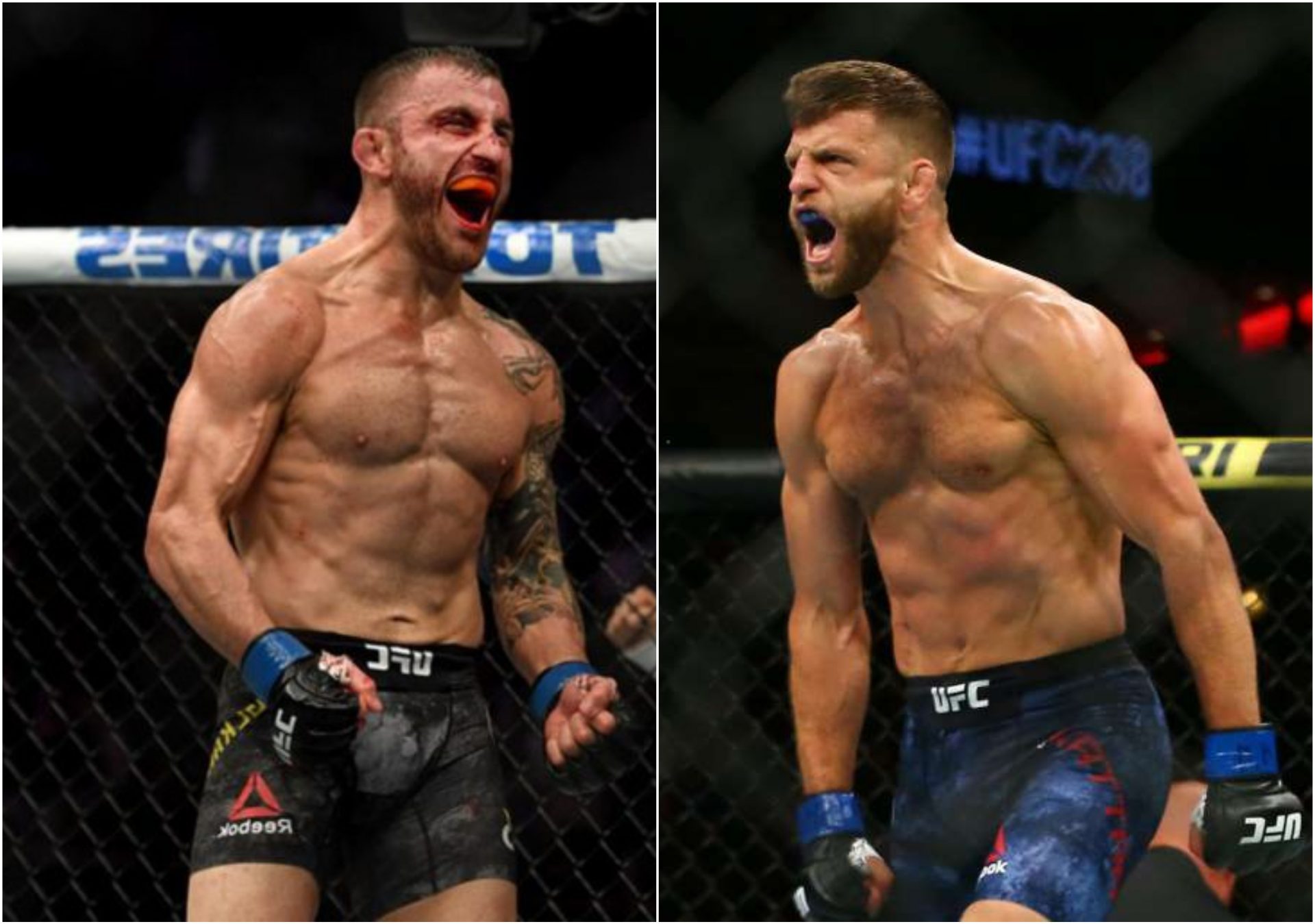 It’s hard to imagine anything that will get MMA fans excited after they witnessed a star-studded night on July 11th for UFC 251. But Dana White did not stop with that, he put out another unmissable fight with Calvin Kattar and Dan Ige on Wednesday. Kattar won the fight via unanimous decision and interrupted the 4-fight win streak of Dan Ige, who left the octagon with a swollen right eye.

Being the only fighter to have two victories since UFC restarted on May 9th, Calvin Kattar has definitely got the attention of other featherweights.

Will Calvin Katter fight for the title?

The fighters can sense the arrival of a potential threat in Kattar after seeing his epic performances in the last two fights. Kattar indirectly revealed his willingness to fight the champ Volkanovski.

In his post-fight interview, Kattar told MMA Junkie “If I make my case, I don’t have to do it with my mouth. I do it in the cage. All these other guys, they all talk. Where I’m from, we don’t really talk about stuff too much. We go out and prove. We earn it.”

"The champ said he wants contenders. I'm the only one that's staying busy."@CalvinKattar believes he's separated himself from the other featherweights, who are "sitting on the couch… Twitter beefing with each other." #UFCFightIsland1 pic.twitter.com/0mXKFoy3am

Calvin’s willingness to go out there and fight the best contenders time and again is commendable. While many fans say that Max got robbed of his title, Alex sits there with the belt on his waist, waiting for people to call him out. Talks of Calvin Kattar vs Max Holloway are doing the rounds on social media, which is definitely a fight to make.

Many believed Max to be the winner of Alexander Volkanovski vs Max Holloway 2, and Dana White was one of them. In a post-fight press conference, Dana said that he was disappointed with the judging. “You can’t leave it to these guys, we got some bad judging. I’m sure Max is devastated.”, he said. Usually, when a fighter wins over an opponent twice, there’s no need for a third fight. But this might not be true in the case of Max Holloway and Volkanovski, because of the muddle of confusion in their last fight. Holloway’s fans are storming twitter demanding a rematch, and they’re probably not wrong.

Do you think Max Holloway deserves a rematch?

Previous articleUFC on ESPN 13: Kattar vs Ige: Main Card results, play by play, highlights
Next articleUFC News: Colby Covington claims Tyron Woodley pulled out of another fight against him