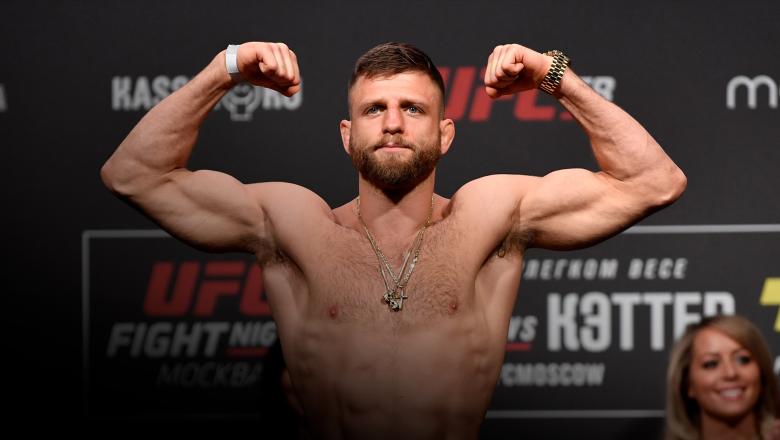 Zabit was going to fight Yair Rodriguez in the main event of the UFC fight night on August 29. The MMA world was eagerly waiting for this exciting matchup and many believed the winner of this fight could be the next title challenger.

UFC has tried to book this fight several times before but unfortunately, the fight has always fallen apart. This fight was important for both the fighters as the winner could have easily been considered the No.1 contender in the division and could present an interesting challenge to the current featherweight champion Alexander Volkanovski.

Dana White at the post-fight press conference following the Contender Series revealed that Rodriguez has injured himself and is out of the fight with Zabit Magomedsharipov.

Zabit Magomedsharipov had no opponent until another top UFC featherweight contender has now been offered the fight. According to ESPN’s Ariel Helwani, Calvin Kattar has been offered to fight Zabit on short notice.

The UFC has not confirmed this news but they are looking forward to setting this matchup.

Yair Rodriguez is out of the the Aug. 29 main event versus Zabit Magomedsharipov due to an ankle injury, Dana White confirmed fonight.

Calvin Kattar, via his manager Tyson Chartier, has agreed to step in on short notice. No word yet on what the UFC plans on doing.

In his tweet, Helwani wrote Yair Rodriguez is out of the August 29 main event versus Zabit Magomedsharipov due to an ankle injury which was confirmed by Dana White.

Calvin Kattar and Zabit Magomedsharipov fought each other in November of 2019 at UFC fight night: Moscow where Zabit won a unanimous decision in 3 round fight of the year candidate match. But some MMA experts believe that if the fight would have been of 5 rounds Kattar could have won the match has Zabit was starting to slow down by the end of the fight.

This layoff will play a factor against Calvin, as he’s been much more active lately. Calvin is coming off a unanimous decision win over Dan Ige and a brutal TKO win over Jeremy Stephens at UFC 249.

Taking a fight against the guy you already have a win over doesn’t look appealing but the run Calvin has been since that loss makes this fight very interesting. This matchup gives Zabit to stay active and let the show go on and it also gives Calvin a chance to avenge his loss.

If the fight does happen it will give the MMA fans a chance to see how Zabit fights in a five-round bout against Calvin.

Yair Rodriguez out of his fight against Zabit Magomedsharipov