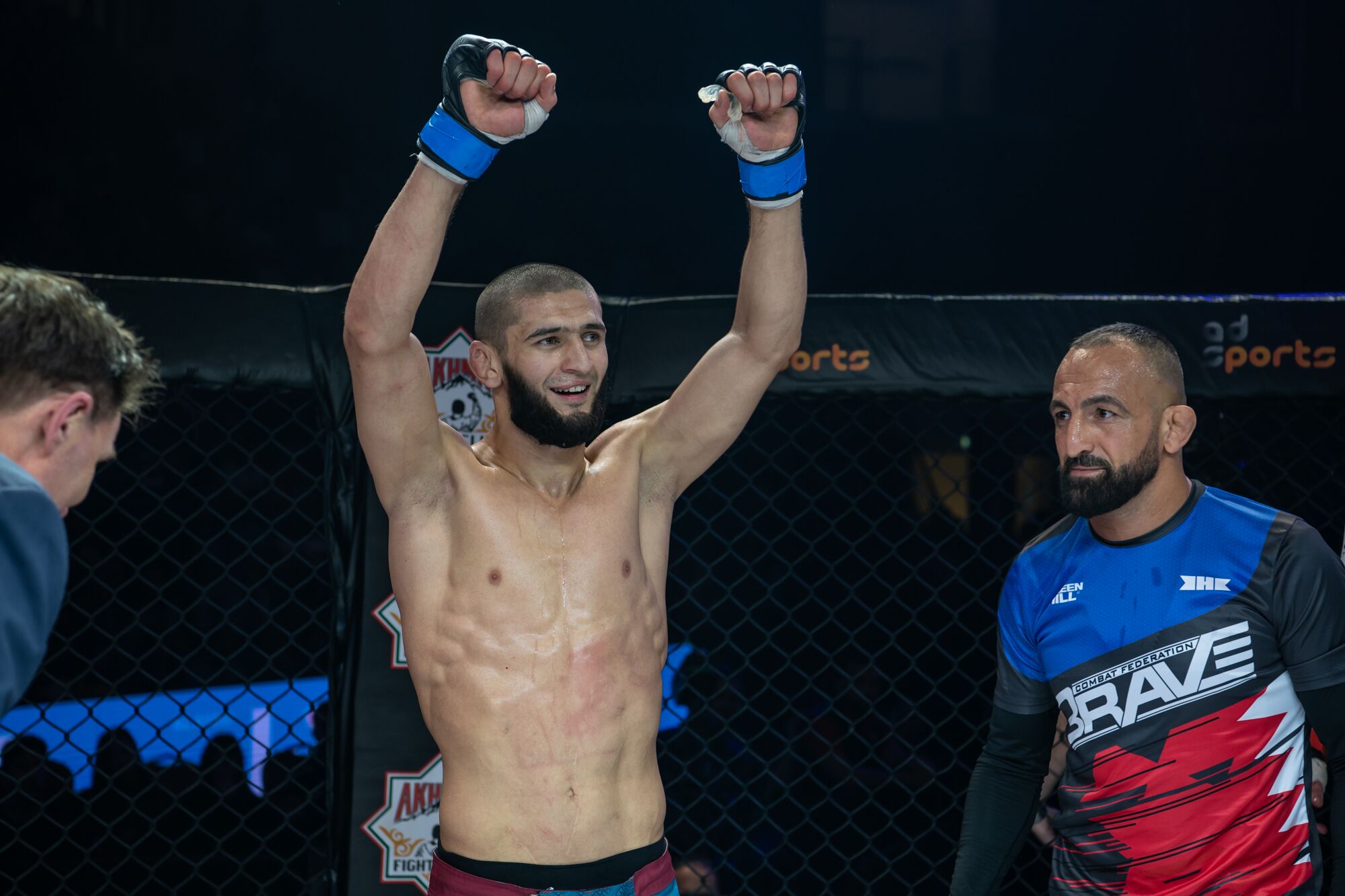 One of the most anticipated matchups of the year will take place at Brave 23, on April 19th, in Amman, Jordan. Khamzat Chimaev and Ikram Aliskerov, two of the most explosive undefeated fighters in the world, will collide with only one of them coming out of the Brave Arena with their record intact. 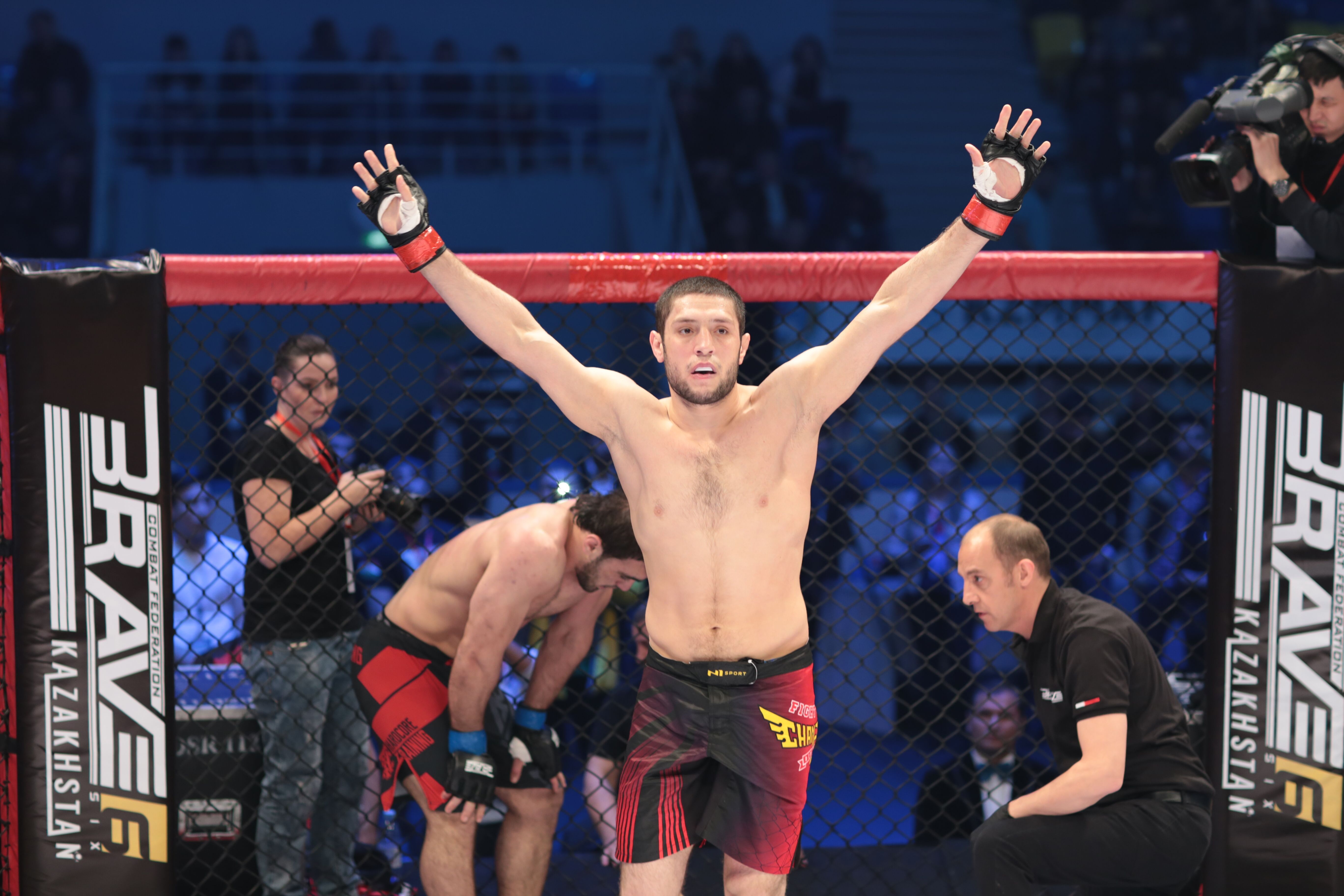 Both men are coming off devastating victories in their last fights. Sweden’s Chimaev came in as a last minute substitute to face Sidney Wheeler in the main event of Brave 20 and took less than one round to finish the American Wrestler.
Aliskerov, on the other hand, had more work to do, as he outgrappled Brazilian powerhouse Geraldo “Luan Santana” Neto en route to a third-round TKO stoppage, after a barrage of punches made the referee stop their Brave 21 main card bout.

Now they face each other with one eye on Jarrah Al-Selawe’s world Welterweight title. “The Jordanian Lion” will defend his belt against Abdoul Abdouraguimov in the main event of Brave 23 later that evening, and will already know who his probable next opponent for him, in case he gets past Abdoul.
Ikram Aliskerov has been training at KHK MMA, in Bahrain, and has honed his wrestling skills with the world-class talent there, as well as improving his boxing and kickboxing. He uses his exceptional cardio to make sure he always walks forward and puts pressure on his opponents.
The Russian wrestler also knows very well how to capitalize on his opponent’s mistakes or openings. In the Neto fight, Aliskerov was able to complete takedowns off of Neto’s kicks and used brutal ground and pound to batter the Brazilian.
He has a perfect professional record of 8-0 and has five wins inside the Brave Arena. As he looks to maintain his perfect record under the promotion’s banner, he will face one of the biggest challenges of his career so far in Chimaev.
Training out of the world-famous AllStars in Sweden, Khamzat has half of Aliskerov’s professional bouts but is no stranger to big events and pressure. “Borz” has one of the best teams in the world behind him, and trains regularly with the likes of Reza Madadi, Alexander Gustafsson and Ilir Latifi, which gives him the boost he needs to overcome the lack of experience.
Under Brave, Chimaev has shown his willingness to stand with his opponents, as well as an underrated offensive wrestling base, which is an ideal quality to have to counter-attack Aliskerov. He has heavy hands and will look to exploit the pressure of his opponent against him, as he’s also a competent counter puncher.
After his two first promotional wins, with both coming from impressive finishes, Chimaev has been on a high, as fans and media have boarded his hype train. Will Aliskerov have enough in his toolbox to derail Khamzat’s rise to the top?
Aliskerov x Chimaev Fight Poster – https://www.instagram.com/p/BvzZuk7nZ_b/