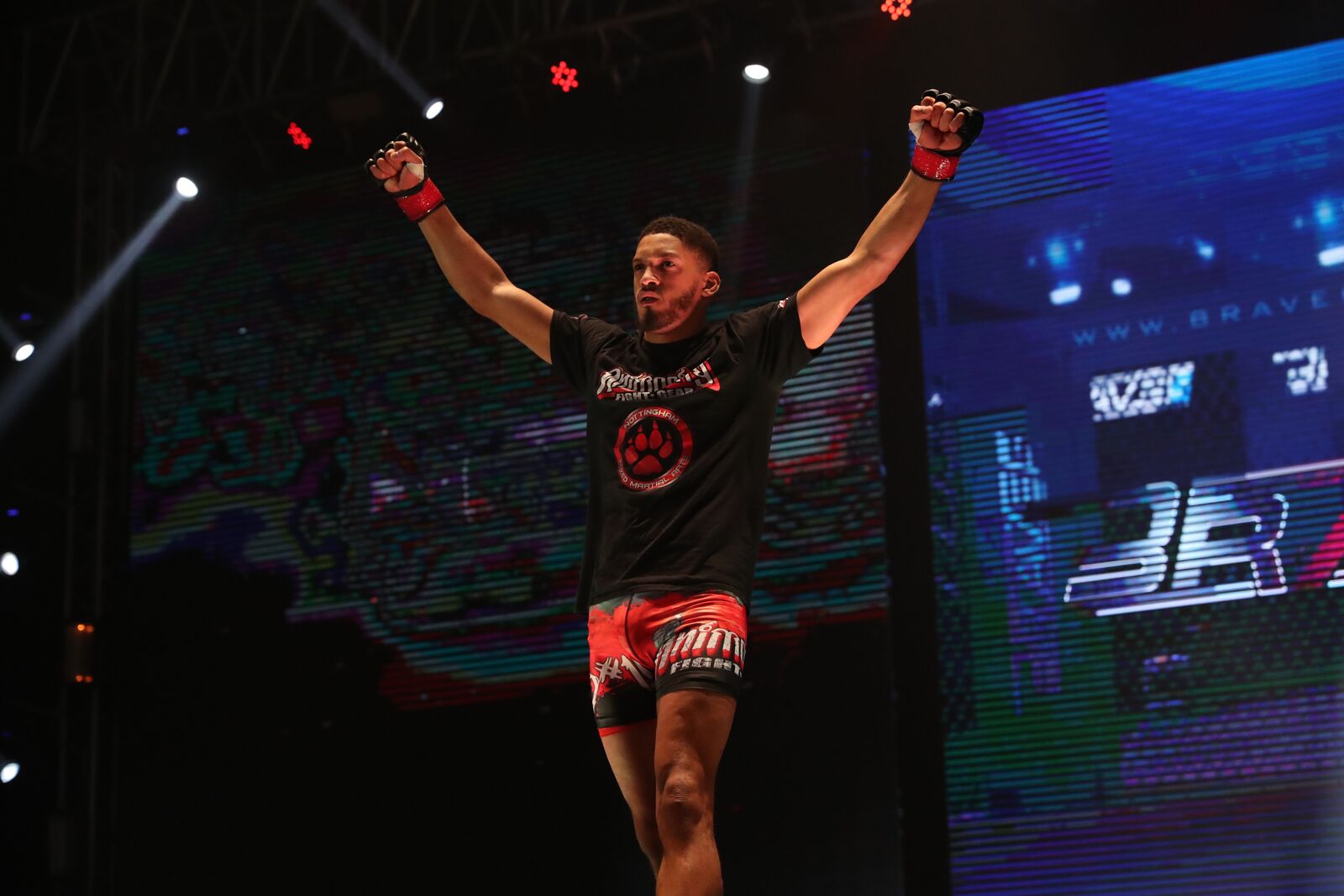 Once one of the top Welterweights at BRAVE Combat Federation, Carl “The Bomber” Booth is ready to reclaim his spot among the elite as he makes his much-awaited comeback to action at BRAVE CF 32, which takes place this Saturday, December 14th, in Bishkek, Kyrgyzstan, in association with WEF Global.
Booth made his promotional debut back at BRAVE CF 2 when he scored a spectacular knockout victory over Gadzhimusa Gaziev and soon found himself in title contention. He went on to lose a unanimous decision over Carlston Harris in the first-ever Welterweight title fight. After losing again, this time against current world champion Jarrah Al-Selawe, “The Bomber” made a great comeback, stopping Dino Bagattin in the second round at BRAVE CF 19.

As he looks to come back from a year-long layoff, he will take on Hayder Hassan in the main event of BRAVE CF 32 and is looking to make a splash and eventually challenge the current champion.
Booth is in a unique position in his rivalry with Al-Selawe, as he’s responsible for the champ’s first loss, a KO back in March of 2014, when he made his professional debut and Jarrah was in his second pro bout.
More than five years later, both men seem on a collision course, but the Englishman will have one of the biggest challenges of his career in front of him. Hayder Hassan is a wrestler with KO power and who’s willing to strike, a combination that can cause problems for Booth but also can make him thrive, should the bout turn into a Kickboxing match.
BRAVE CF 32 marks the first time the fastest-growing MMA organization in the world lands in Kyrgyzstan and is the first show in collaboration with the leading promotion in the region, WEF Global.