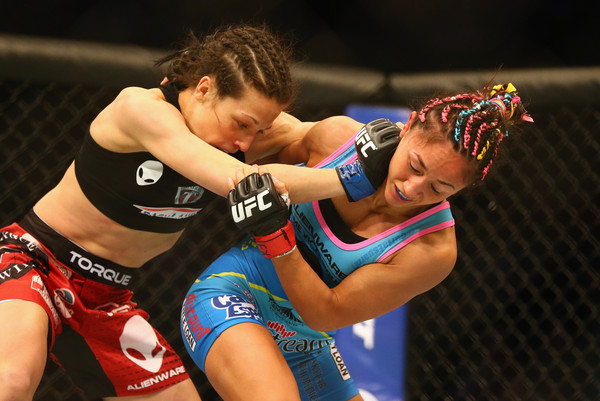 Carla Esparza spoke on putting pressure on herself and the rematch with Joanna Jedrzejczyk. She said the following :

“When I was in the locker room, like … shoot, shoot,” Esparza said to MMA Junkie. “I’ve never come off two losses before. I’ve never had two losses in a row. So, for me, that third one, I kept telling myself, ‘You cannot lose this fight no matter what.’ I was willing to go in there and go through anything to get that win.”

Esparza beat Virna Jandiroba last Saturday at BB&T Center in Sunrise, Fla. It was her way out of a two-bout losing streak. She wants to reconstruct her momentum and work her way towards a title shot.

On the prospect of having a rematch with  Joanna Jedrzejczyk, Esparza said the following :

“Honestly, I’ve thought about that a lot since the fight happened,” Esparza said. “Not to take anything away from her win, but I really wasn’t in the best place. I think she’s gotten better, I’ve gotten better, and I would definitely be welcomed to that fight again. No matter what happens in that fight, it would be a much different fight than it was the first time.”

You can listen to the full interview down below (Credits : MMAJunkie)