Carlos Condit gunning for a rematch with Nick Diaz 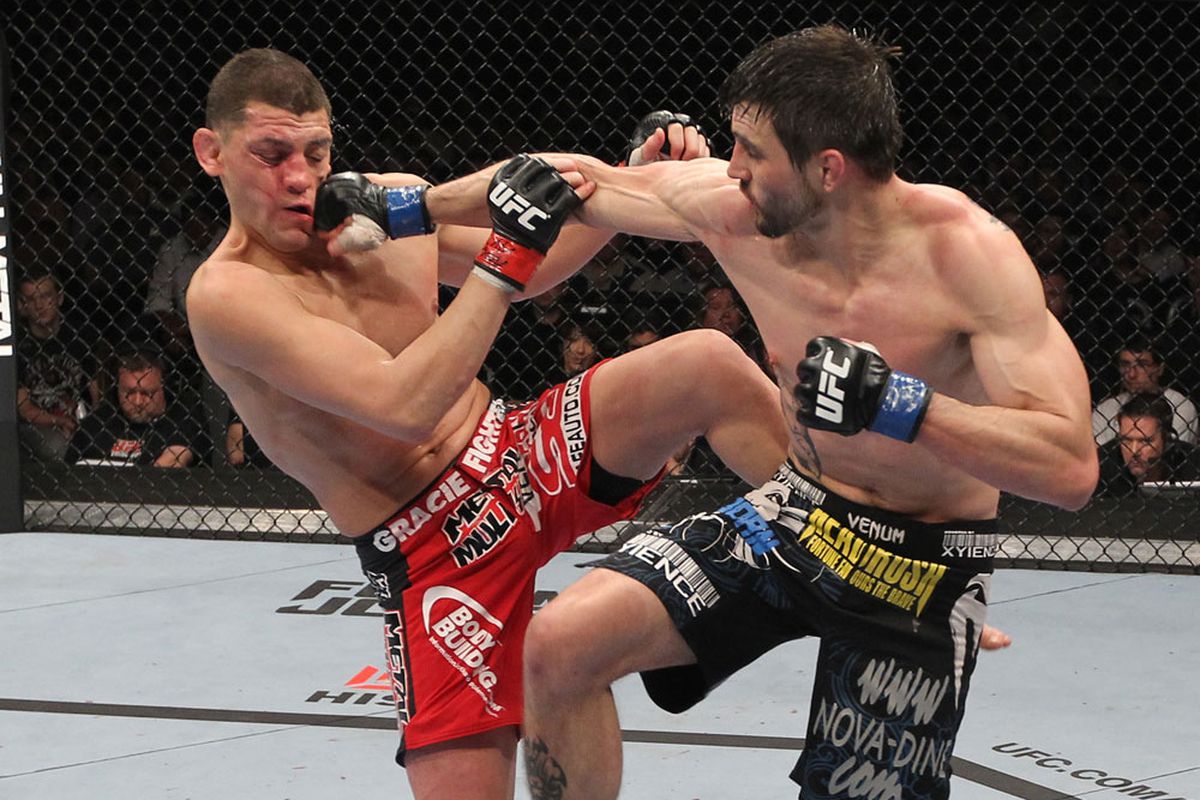 The pair fought at UFC 143 back in 2012 at the Mandalay Bay events center in Las Vegas, Nevada. In an extremely close fight, Carlos Condit outpointed Nick Diaz to win the fight via unanimous decision.

While Condit won the interim belt, fans were under the impression that it was indeed Nick Diaz, who won the fight and ever since then, they have been calling for a rematch. 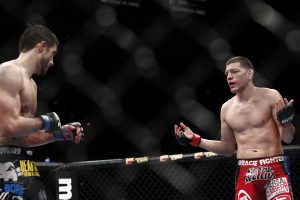 In a recent interview with MMAJunkie, Carlos Condit revealed that he would like to rematch Nick Diaz in order to clear out the perception around the first fight.

While a Nick Diaz fight would certainly excite the fans, Carlos Condit has a tougher job at hands in Court McGee. Condit hasn’t won a fight over five-years and is currently riding on a five-fight winning streak.

He last fought against Michael Chiesa at UFC 232 in December of 2018 and lost via Kimura submission in round 2. That’s the reason, he isn’t looking past McGee.

“I’m enjoying being out here on fight week again,” Condit said. “The familiarity of the ritual of preparation, the weight cut, and all that. I’m just excited. I have a good opponent. This dude is game, he’s a hard-nose, salty veteran who comes to fight. I think we’re going to put on a hell of a show. I know he doesn’t take a step back and he comes to throw down. I’m super excited about that.” (H/T – MMAJunkie.com)

Who do you guys think wins in a fight between Carlos Condit and Court McGee? Let us know in the comments section below.

Previous articleUFC attempted to make an official Conor McGregor vs Dustin Poirier bout
Next articleWATCH: Logan Paul vows to “beat the sh*t” out of Dillon Danis