Former interim UFC welterweight champion Carlos Condit has opened up about his retirement and revealed why he decided to call off his career. The news of his retirement was given by his long-time manager Malki Kawa of First Round Management. Carlos was the former WEC champion and also the interim UFC welterweight champion. He fought for the UFC title twice. He fought GSP and Robbie Lawler for the welterweight title but subsequently lost both those fights. He was 32 -14 in all MMA and 9-10 in the UFC. Though his UFC record doesn’t look that appealing that doesn’t take away his fighting skills for which he was known as the Natural Born Killer. 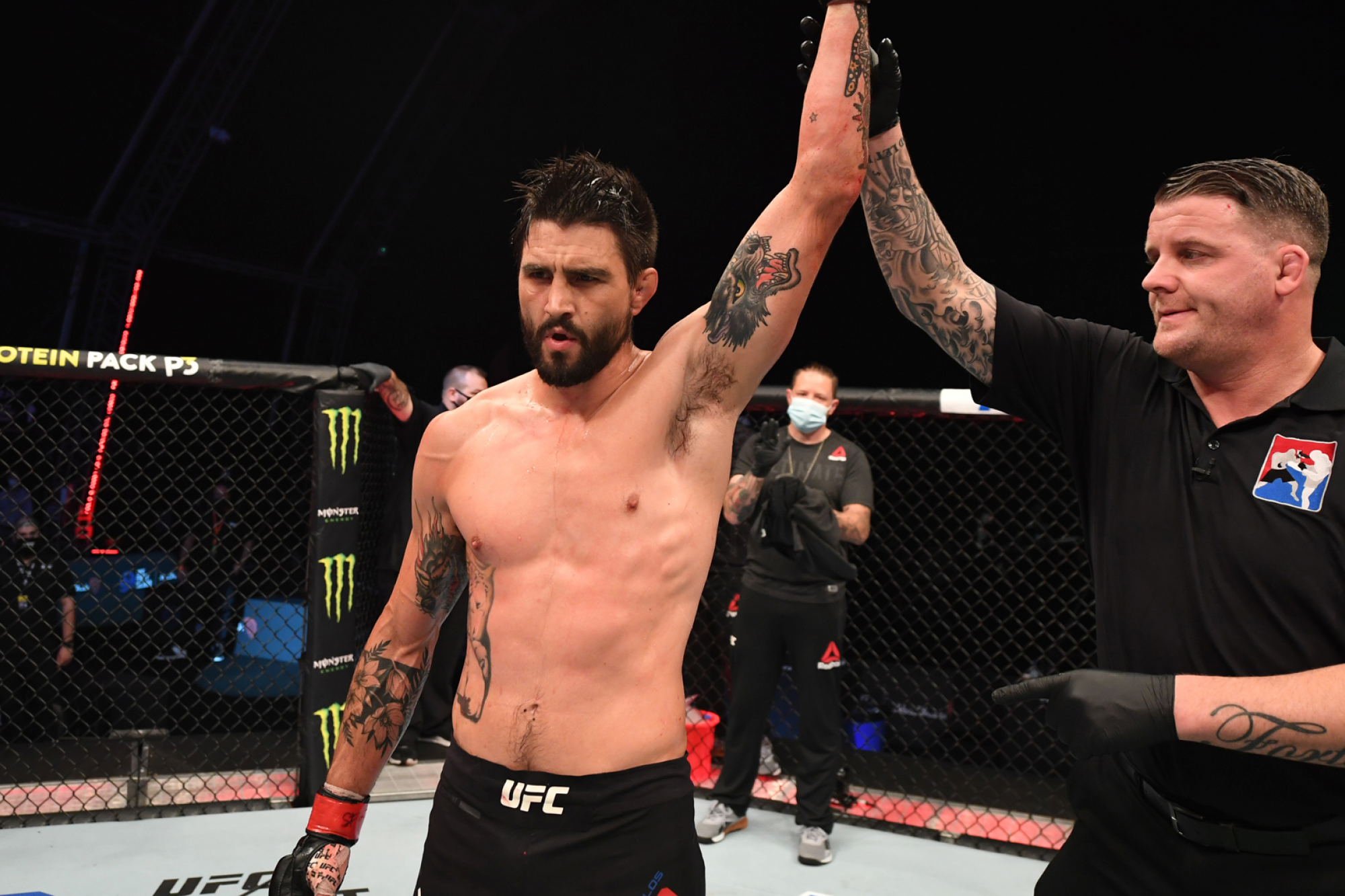 Now talking to Ariel Helwani on The MMA Hour Carlos Condit talked about his decision to walk away from the sport and the things that made him take this decision.

“It was time, man,” Condit said. “It was time. For a lot of different reasons. After that last fight, I felt like I put together a good camp and I was just a step behind Max. I feel like I could really try to tweak things and I could try to figure out what’s missing, what part of the formula isn’t working right now and then go and test it again and test it again, but that’s a tough thing to do. That’s a tough thing to do because ultimately I have to go and put myself on the firing line to see if what I’m doing is working.”

“At a certain point there’s diminishing returns, so I think it’s time to move on.”

In his last UFC fight, Condit faced Max Griffin at UFC 264. He lost the fight via unanimous decision. The fight didn’t go as Carlos thought it would be which was a major disappointment for him. Still, he stated that he didn’t feel much worse after the loss like he usually use to. Which was a big sign for him. 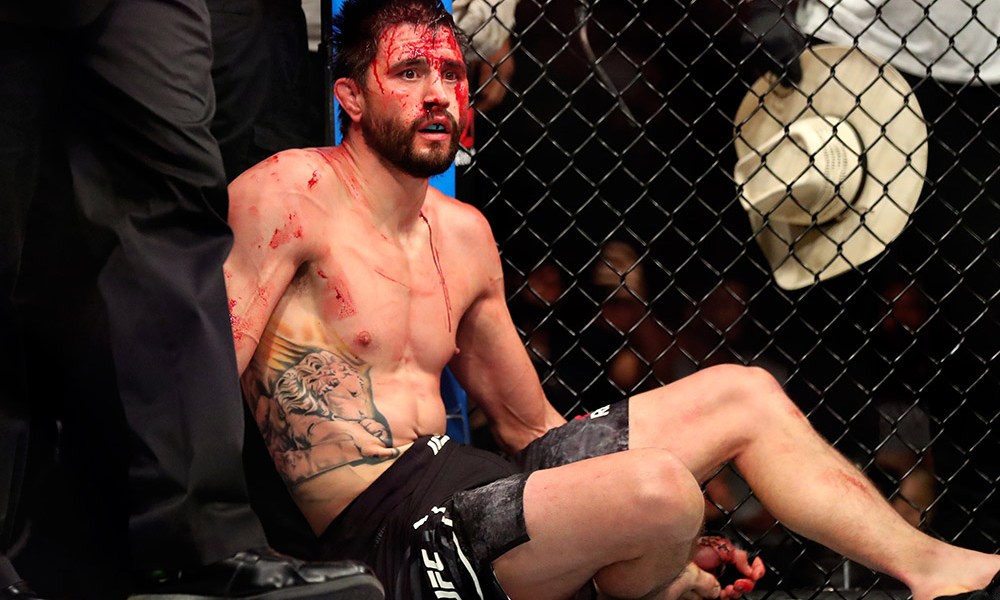 “I’d been leaving a hotel room after a loss and been p*ssed off and leaving all my gear in a real salty mood and basically, ‘I’m done with this s*it,’” Condit said. “But this time was different. I wasn’t salty about it, I just felt like it was the right move. Probably about three weeks or a month ago I called Dana and I let him know, so this thing has been coming down the pipe for a little while.”

“I’m an optimist,” Condit said. “I do get into those spots where I get down about things, but as soon as there’s any kind of sunlight peeking through the clouds I grasp onto that. I definitely felt some momentum, but also I think it’s more so just the time and a big piece of this is the amount of time and energy that I am still willing to put into fighting at the highest levels, I think in some ways I’m compromising things in my life, in my personal life.”

“To train as a professional mixed martial artist at the highest level of the sport, that takes a lot. That takes a lot out of me energetically, emotionally, just everything. I have less to give to the rest of my life. And at this point I don’t want to make that compromise anymore.”

In the end, Carlos Condit talked about his entire journey of MMA and especially fighting in the UFC against the best fighters in the world. 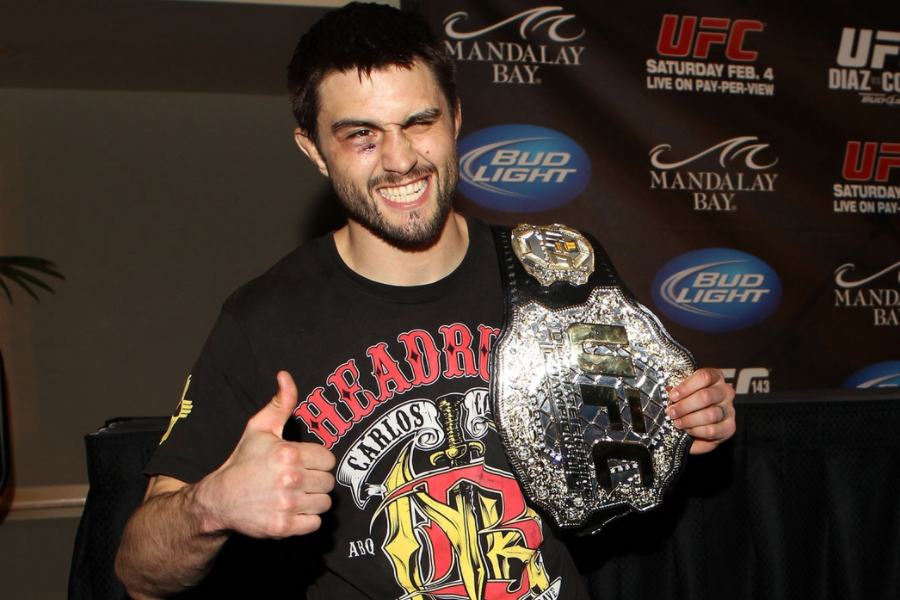 “That’s really tough,” Condit said. “I’ve loved every f*cking second of it. The ups, the downs, all of it. If I had to pick a specific one, these last two fights that I won when we were out in Abu Dhabi and really just living in this surreal atmosphere. My coaches are all my really good friends and we had the opportunity to go to this crazy nice place and fight. That was a lot of fun. But I have 19, almost 20 years worth of memories so it would be really hard to pinpoint” Condit said.

“Having had the opportunity compete against great fighters, train alongside these great champions, since day one I have always passionate about this thing,” Condit said. “I still am. As I was thinking and all the messages, tons of messages and all this stuff coming through about my retirement, congratulating me, I’ve been sitting with that a little bit and I think maybe what resonated with people was that I approached this with passion.”

“I stepped out there and I loved to fight, I love what I do, and I hoped every single time to go out there and put that on display. I love every second of this” Condit said.