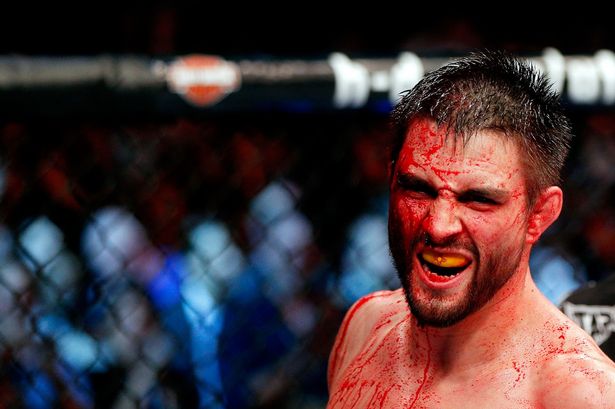 After his last fight with Demian Maia at UFC Vancouver on August 27th 2016, where he lost via a rear naked choke in the first round, a lot of people speculated about whether Carlos would return to the octagon or not because of his own self doubt on the matter.

Just as they speculated after he lost a close split decision to Robbie Lawler at UFC 195 on January 2nd 2016, a fight which was a spectacle to witness and what many considered fight of the year if not one of the best fights ever,a fight where both fighters refused to back down and a fight where the decision was not accepted by all,as they felt Carlos had done enough to win the fight.

But that’s all in the past now.

After remaining relatively silent for the past year, Carlos Condit surfaced on twitter today to ask Sean Shelby of the UFC for a fight in December or January, bringing a breath of fresh air to the UFC’s welter weight division with people looking forward to a possible rematch between Carlos and Tyron Woodley. Of course he would have to face someone else first and win…before he is considered a contender again.

We would line up for those tickets anytime. 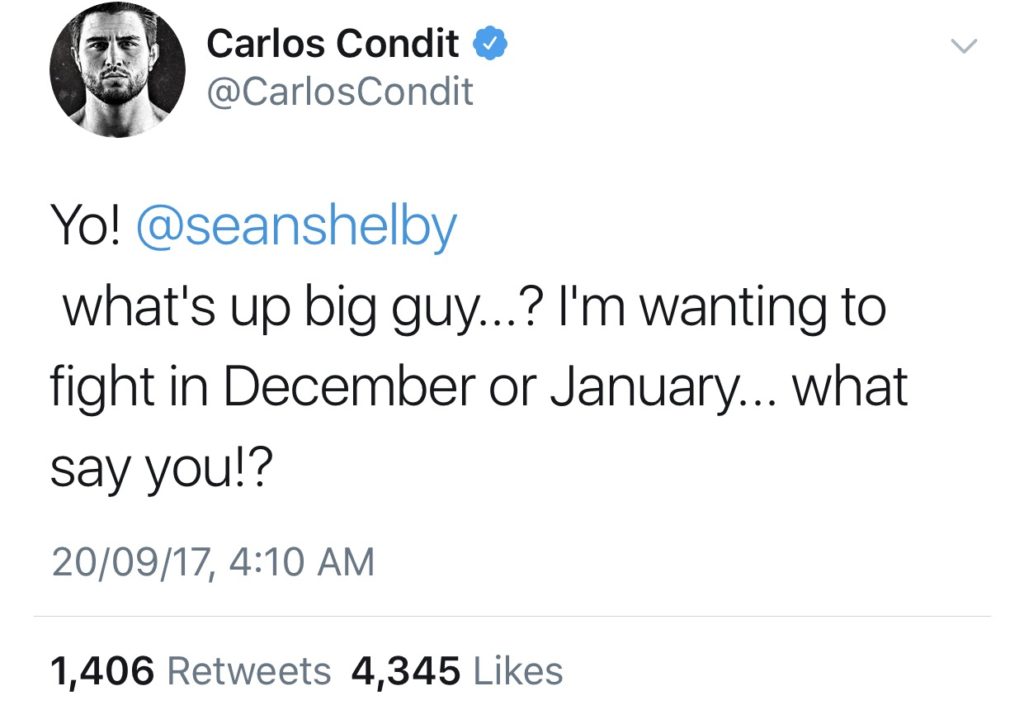