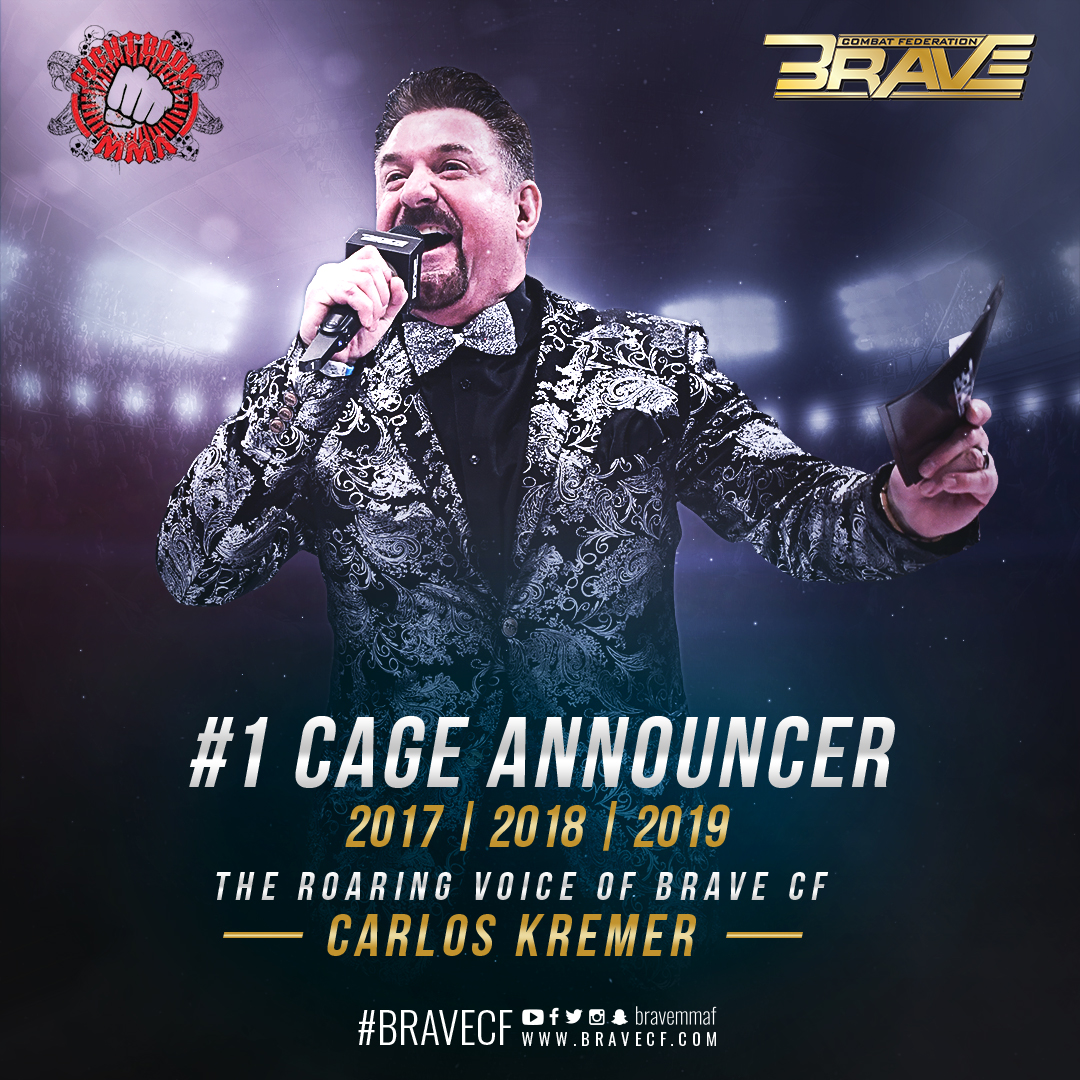 The voice of BRAVE Combat Federation, the “Roaring Lion” Carlos Kremer was awarded for the third time in-a-row as the Fightbook MMA Cage announcer of the year.

The yearly award ceremony, presented by Fightbook MMA, involves cage announcers from all around the world and many different Mixed Martial Arts promotions. The winner is selected via popular vote, with fans voting online.

The California-based announcer is with BRAVE Combat Federation since day one. Carlos Kremer was the announcer of BRAVE CF 1: The Beginning back in 2016 and have hosted every single show for the fastest-growing MMA promotion in the world since then, being the only person in the entire promotion, including staff and TV talent, to be present in all cards put together by the Bahraini organization.

Carlos’ next appointment inside the BRAVE Combat Federation arena is scheduled for March 28, in Balneário Camboriú, Brazil, at BRAVE CF 35. In the occasion, Kremer will be responsible to announce one of the biggest fight cards ever put together BRAVE CF in its history. The night will be headlined by the Lightweight World title match between the champion Cleiton “Predator” Silva and the challenger Guram Kutateladze.

Previous articleUFC News: Yoel Romero on his ‘training weight’ and reveals why LHW move is ruled out
Next articleUFC News: Dana White agrees with Deontay Wilder that the ring attire ‘played a part’ in loss to Tyson Fury