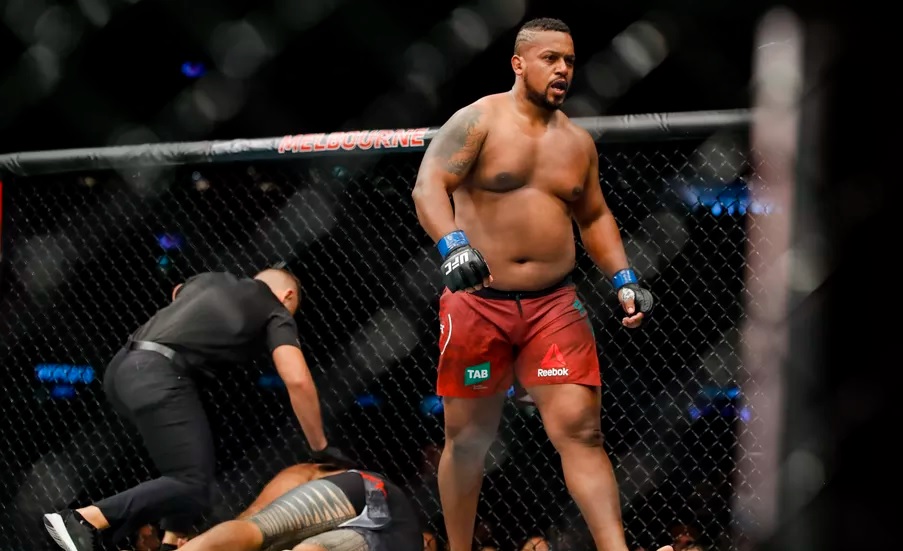 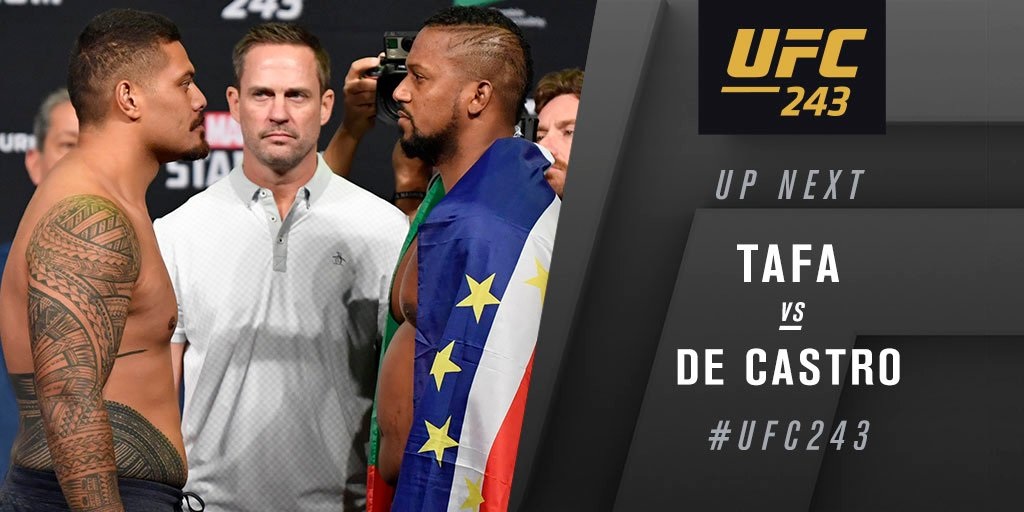 The ‘Mad Titan’ scored the biggest win of his career and channeled Mark Hunt’esque knockout walk-off.

Kicking off the main event are two heavyweights making their UFC Debut – Cape Verde’s Yorgan de Castro & Australian Justin Tafa. Castro got his big UFC break after his first-round TKO win at Dana White’s Contender Series in July. Squaring off against him is the local favourite Justin Tafa (3-0) who won all of his fights via TKO.

As the first round began, both the heavyweights wasted no time and began throwing wild exchanges landing stiff punches on each other. Tafa quickly moved into a clinch against the cage and landed some heavy body shots. Castro was feeling the heat and decided to separate. Tafa continued to charge forward landing a series of blows that saw Castro a bit overwhelmed. Sensing Castro would crumble under his pressure, Tafa lunged forward with a wild left hook –  big mistake! But Castro was waiting patiently to counter him with his short and well timed right hook that landed flush on Tafa’s chin sending him crashing to the ground. Seeing Tafa lay unconscious, Castro decided not to engage further and just walked away. A huge win for De Castro, who was an underdog in his Contender Series fight and in his UFC debut.

Yorgan De Castro with the vintage walk off knockout!#UFC243

WALK-OFF KO!@DeCastroYorgan puts Tafa down with one punch in the first! #UFC243 pic.twitter.com/QmXpyiR0Er