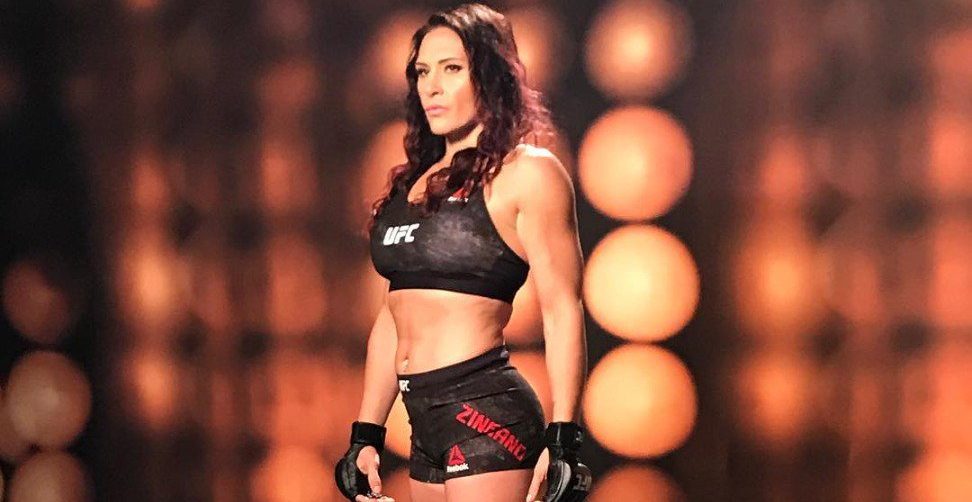 Cat Zingano, as a fighter, is no stranger to the injuries which a fighter can face in their career. Over the course of her time in MMA, she has suffered broken ribs, mangled fingers, a blown out knee, a dislocated jaw, and most recently, a damaged retina and iris. In a recent interview, she talked about the injustice she had suffered due to her eye being poked, with her being forced to take a loss. She commented on the importance of changing this rule.

In her fight against Megan Anderson, Cat Zingano found herself the victim of chance, as a kick by Megan Anderson caught her eye, damaging it severely. However, Anderson was given the win, while she was handed a loss.

“If they don’t make a rule on it, it’s open season on eye pokes. I’ve got mad dexterity with my toes, so if you’re telling me we get to just aim for people’s eyeballs with our toes now, that’s not really safe moving forward, but we’ll all find a way to win.” – MMA Junkie

She said that having no ruled about this would only lead to more people targetting other’s eyes to manage to pick up a win.

“I caught nothing but toe in my eye. She didn’t kick me in the head. It would otherwise not even messed up my hair. It scared me, and I’m not willing to lose an eye for this sport.”

Previous article
Play producer threatened in Dagestan – who needs a censor when you have Khabib?
Next article
Conor McGregor and Tony Ferguson go back and forth on social media – big fight next up?
- Advertisement -