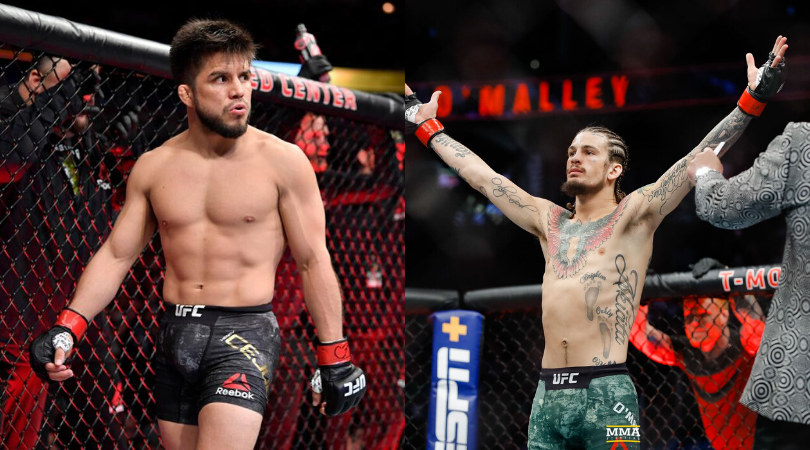 Even post his retirement, the former double champion Henry Cejudo continues to take shots at the contenders of his division. Sean O’Malley was his latest target, whom Cejudo call the champion of rolling blunts and ankles. 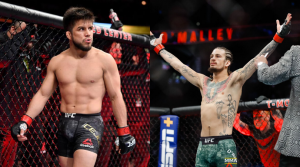 ‘Suga’ Sean O’Malley garnered a lot of attention from MMA fans and Dana White after his incredible performance in Dana White’s contender series. O’Malley successfully defeated fighters like Jose Alberto and Eddie Wineland earlier this year, and maintained a clear record of 12-0. Both the fights were won by knockout and in a spectacular fashion. After knocking out Eddie, Sean went on to claim that he was the best striker in the UFC, and it was hard to question it, given the way he had just knocked out his opponent.

Some pundits didn’t take O’Malley as a threat, owing to his poor resume of the fighters he has defeated. His last fight against Marlon Vera at UFC 252 was the toughest one of his career, and it didn’t go too well for him. Sean faced a severe leg injury after receiving heavy blows from Marlon Vera, which compromised his ability to even walk properly. He was defeated by TKO in the first round, and was taken out of the octagon in a stretcher. Later that day, he posted a video on twitter of him dancing and smoking, captioned “humbled”, which took a lot of people by surprise.

Henry Cejudo was quick to take a shot at Sean O’Malley, who he has previously gone back and forth with on Twitter. He tweeted:

Henry Cejudo may come back for the featherweight title

Cejudo announced retirement after he defeated Dominick Cruz at UFC 249. However, he has been trying to stay relevant for a comeback fight by initiating beefs on twitter with Petr Yan, Cody Garbrandt, and Sean O’Malley. His manager Ali Abdelaziz had earlier said that Henry will only come out of retirement for a super fight, either against Alexander Volkanovski or Ryan Garcia.

He tweeted at Alexander saying:

Once we take out the Pink princess you next! @alexvolkanovski

I am coming out of retirement to fight alexander the average @danawhite #bendtheknee pic.twitter.com/VhXqW7b3ZT

“Once we take out the Pink princess [Israel Adesanya] you next,” Cejudo wrote in a clip with Paulo Costa. “I am coming out of retirement to fight Alexander the Average.”

With so many contenders waiting to get Alex, do you think Henry Cejudo should get a direct shot at the Featherweight title?