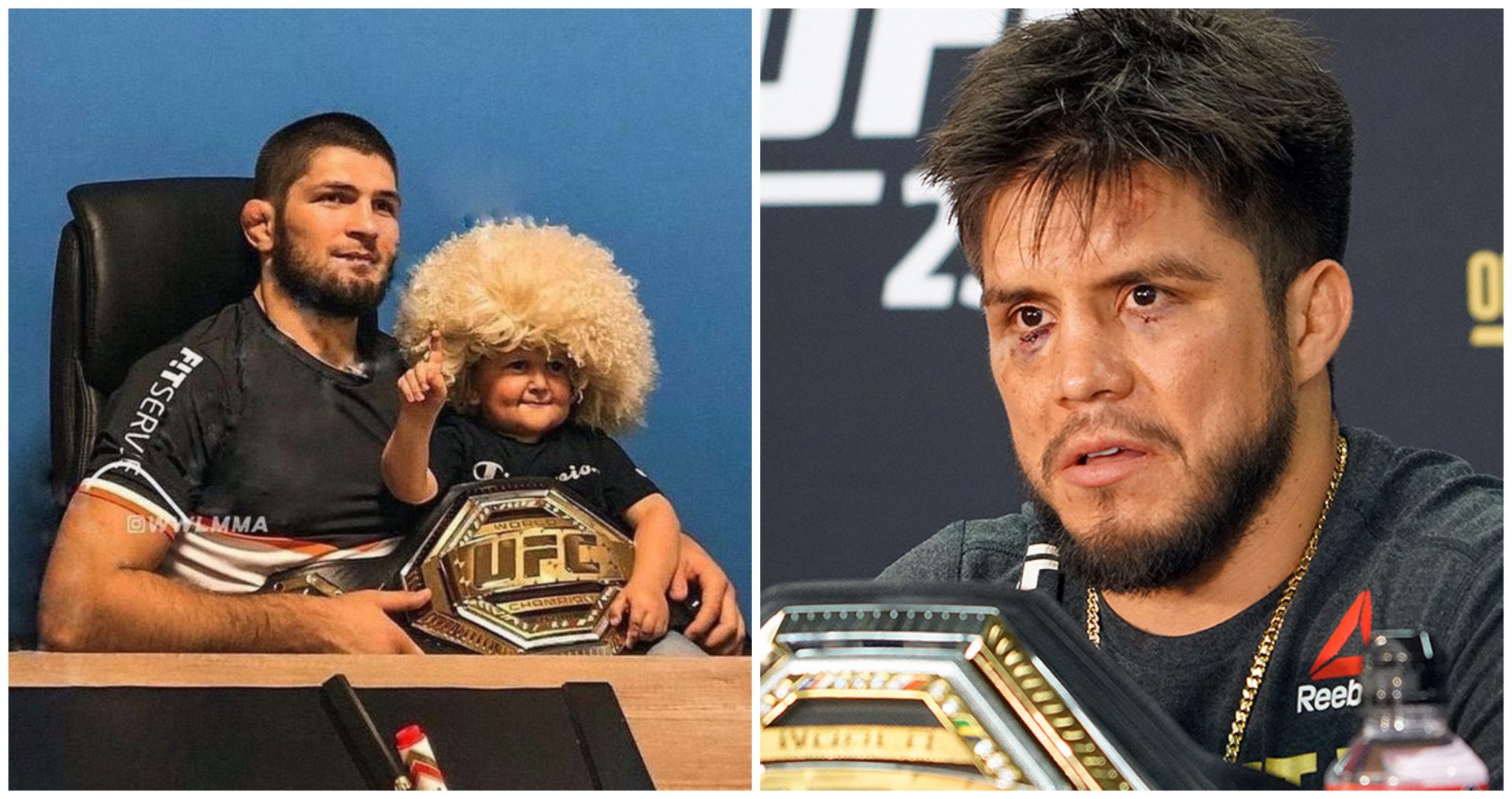 Hasbulla Magomedov, the internet’s newest favourite mixed martial arts icon has recently found himself in a vocal tussle against former UFC Flyweight and Bantamweight Champion Henry Cejudo, and this time, their latest clash is surrounding the UFC Lightweight belt of Khabib Nurmagomedov.

Khabib Nurmagomedov and Hasbulla Magomedov have often been seen together, and their cordial relation is a very well discussed topic in the combat sports community these days. The two have been seen clicking pictures with one another and even sharing photos on social media.

Recently, Hasbulla posted a photo of himself along with his fellow Dagestani on his Instagram, where “Mini Khabib”, was seen sitting on Khabib’s lap and posing with his UFC Lightweight belt.

The 18-year-old captioned the post “‘Let it be for the haters” in Russian.

Meanwhile, Cejudo, who has been on a back and forth against the duo of Khabib and Hasbulla, did not waste another opportunity to hit out at the Russians.

Its not about Kazakh rapper Abdu Rozik anymore, all of Hasbulla Magomedov’s rivalry is now centered around Cejudo aka “Triple C”, the ex-double champ of the UFC who has even proposed to square off against Hasbulla in a catchweight fight.

While chances of Hasbulla vs Cejudo are impossible, even more so than the proposed Hasbulla vs Rozik fight, the online heat between the two is becoming a viral sensation among the netizens and combat sports fandom.

A couple of weeks back, Cejudo gave Hasbulla as well as Rozik a warning on Instagram in Russian.

“@hasbulla.magomedov your days are numbered. I’m the King of Russia 🇷🇺 Oh and don’t think you’re off the hook either @abdu_rozik #bendthekneeyogachallenge,” Cejudo said in the clip.

After which, Khabib defended his close associate and commented, “Be careful Champ, all Dagestan with Hasbulla 😡👊”

It was soon from over as Cejudo went back at them with another rebuttal, after Khabib was seen giving Cejudo a warning while being with a group of acquaintances in Dubai, when the undefeated MMA legend joked that Hasbulla was going to “kill” Cejudo if they ever were to face off against each other.

Seeing this, Cejudo had tweeted, “You better be careful what you wish for @hasbulla.magomedov I will throw you around like a new born, not even @khabib_nurmagomedov can save you from the wrath of Triple C! #bendtheknee”

What do you think about the Hasbulla Magomedov vs Henry Cejudo scuffle? Let us know in the comments.