Be careful what you wish for: Henry Cejudo responds to Khabib defending Hasbulla 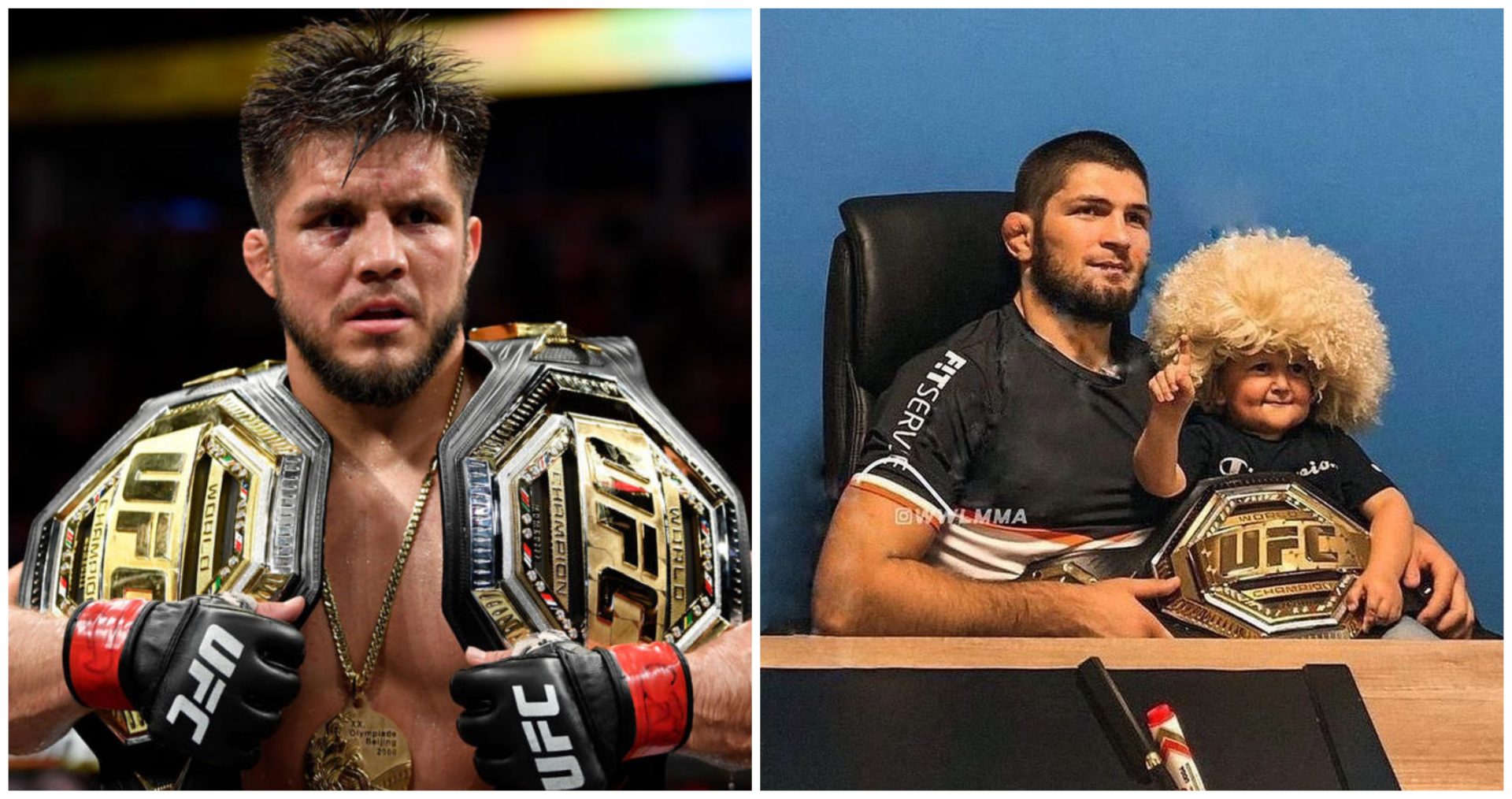 The global mixed martial arts community has its focus centered on the triad of Henry Cejudo, Khabib Nurmagomedov, and Hasbulla Magomedov at the moment.

Last week, “Mini Khabib” Hasbulla got involved in a vocal tussle against “Triple C”, the former UFC Flyweight and Bantamweight Champion and at the same time, the 18-year-old gained backing from none other than his fellow Dagestani and friend, Khabib Nurmagomedov himself.

After Cejudo had threatened Hasbulla in Russian via a post on Instagram, saying that he was gonna “rip him apart”, Khabib took the stance with the teenager and gave a warning to “Triple C”.

Furthermore, a new clip that has surfaced on social media, depicts Khabib along with a group of his acquaintances in Dubai, where he saw a fan of former UFC Double champ, donning a “Triple C” t-shirt.

To which, the undefeated MMA legend bantered as he brought up the topic of his near and dear Hasbulla, saying that he was going to “kill” Cejudo if they ever were to face off against each other.

“Not even Khabib can save you from the wrath of Triple C!” Cejudo returns his heat for Hasbulla

The warning from “The Eagle” as well as his words in the recent video did not sit well with Cejudo, and while the 34-year-old hit back at the Russian duo at the same time, calling out Hasbulla and warning the teenager that even Khabib himself will not be able to save him from Cejudo’s wrath.

“You better be careful what you wish for @hasbulla.magomedov I will throw you around like a new born, not even @khabib_nurmagomedov can save you from the wrath of Triple C! #bendtheknee” tweeted Cejudo, along with the recent clip of Khabib.

You better be careful what you wish for @hasbulla.magomedov I will throw you around like a new born, not even @khabib_nurmagomedov can save you from the wrath of Triple C! ☠️🔪#bendtheknee pic.twitter.com/90QbanoFnl

The 2008 Beijing Olympics gold medallist, who retired from mixed martial arts after defending his UFC Bantamweight title against Dominick Cruz at UFC 249 in May last year, has little to no chances of returning to the Octagon.

On the other hand, Hasbulla, who has become the latest and greatest sensation in the combat sports community, is slated for his much-anticipated fight against Kazakhstani rapper Abdu Rozik, a fight which is promoted by Dagestani MMA fighter Asxab Tamaev aka the “Russian KGB Hulk”.

What do you think about Cejudo’s online altercation against Khabib and Hasbulla? Let us know in the comments.