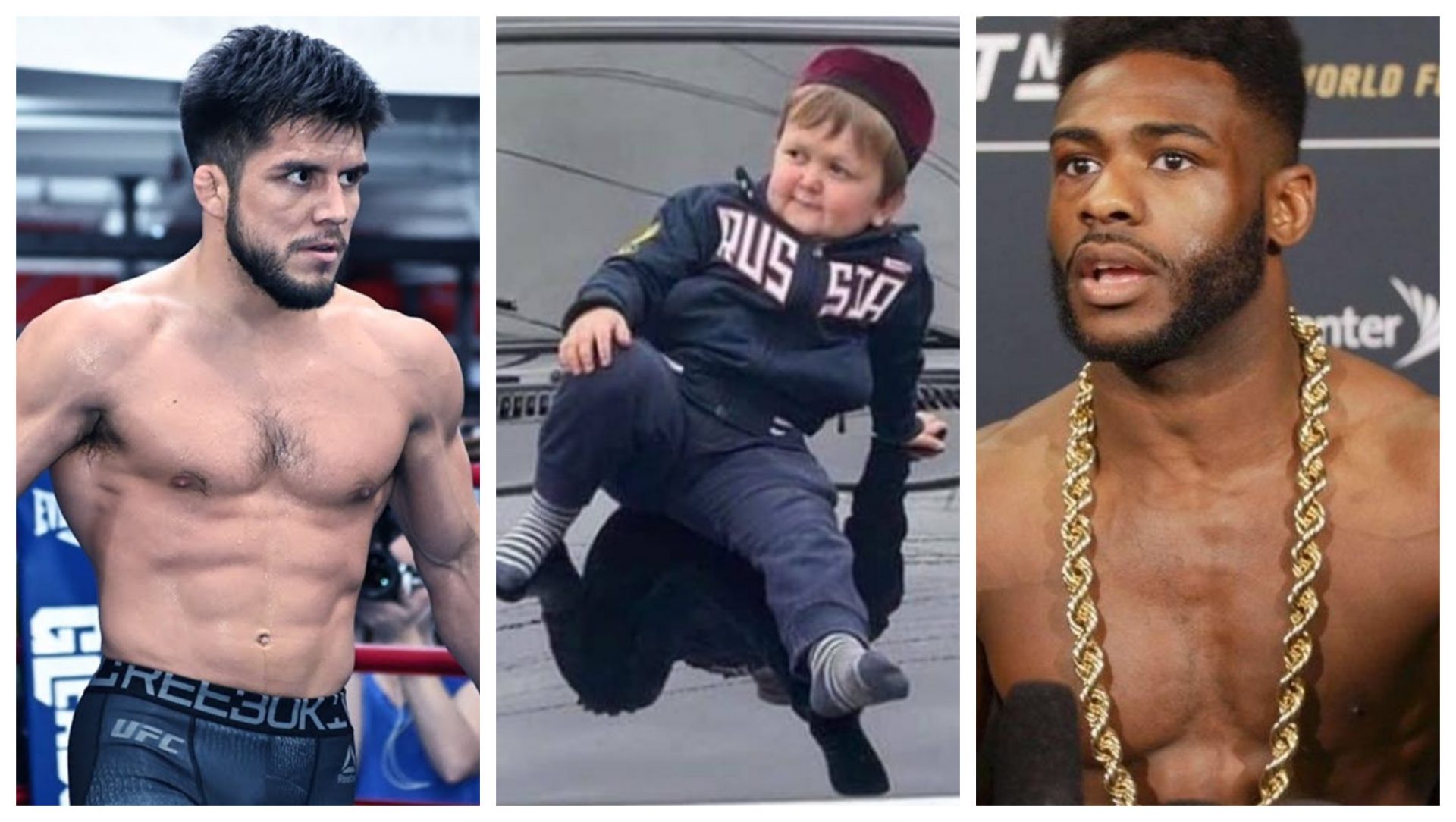 Hasbulla Magomedov, the teenager Dagestani social media star has not only taken over the combat sports fanbase, but he is now also the reason behind the latest verbal feed between Henry Cejudo and Aljamain Sterling.

Ever since Hasbulla gained popularity thanks to the promo clip for his upcoming fight against Kazakhstani rapper Abdu Rozik, which is being promoted by Dagestani MMA fighter Asxab Tamaev aka the “Russian KGB Hulk”, some of the most prominent faces among the mixed martial arts fraternity have been involved in the hype train.

Hasbulla’s acting lessons from Sterling are paying off: Cejudo

Cejudo shared a short clip on Twitter that featured Hasbulla as well as Tamaev, where he is seen discussing Hasbulla’s future career in the UFC. The 18-year-old, who showed high eagerness to step inside the Octagon, even picked Conor McGregor as his next opponent after he is done with Rozik.

While obviously, all of this is an act from Hasbulla and Tamaev, “Triple C” took the opportunity to take a shot at Sterling, saying that Hasbulla took his acting lessons from the Bantamweight titleholder.

“I must admit @hasbulla.magomedov is a good actor,” Cejudo wrote, “All those lessons from @funkmastermma are paying off. #bendtheknee.”

The reason behind Cejudo’s fume towards Sterling is the manner of victory the latter achieved over Petr Yan for the Bantamweight belt at UFC 259 back in March.

While Yan was disqualified due to an intentional illegal knee in the fourth round, Cejudo believed that the win was too easy for Sterling and despite apologising earlier, goes back to take a shot at “Funk Master” once again.

However, Sterling was not ready to slide this so easily. Soon after Cejudo’s tweet, the 31-year-old responded with a comment, taking a shot at Cejudo’s short stature, comparing it to Hasbulla who suffers from Dwarfism, as well as how Cejudo often used to duck inside the cage.

“Don’t try talking your way out the fight with Hasbulla now. Finally someone your own size to pick on and you’re running already, just like your retirement!” wrote Sterling.

Don’t try talking your way out the fight with Hasbulla now. Finally someone your own size to pick on and you’re running already, just like your retirement!

Previous articleIsrael Adesanya reveals why he declined the offer to coach opposite of Darren Till on The Ultimate Fighter
Next articleBe careful: Khabib warns Henry Cejudo for threatening Hasbulla