UFC: Henry Cejudo wants TJ rematch for the 135 pound belt, vows to finish him even earlier than the first fight 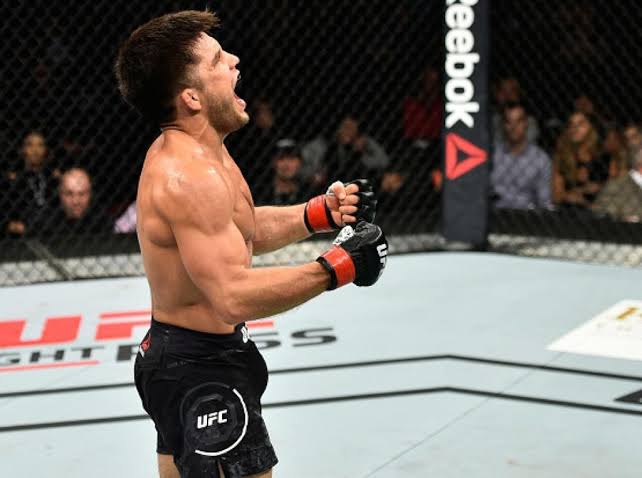 UFC Flyweight champion Henry ‘The Messenger’ Cejudo is having the time of his life.

Cejudo was involved in a super fight with bantamweight champion T.J. Dillashaw for the flyweight belt. Dillashaw stepped in as a heavy favourite in this highly hyped matchup. However Cejudo had different plans. Cejudo came out guns blazing and absolutely ran through Dillashaw to continue with the trend of a smaller fighter winning in super fights. The fight was as long as it lasted, paid justice to the build up. However the fight caught some heat for the result, a probable early stoppage. 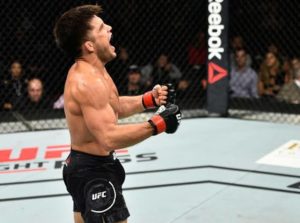 An absolutely devastated Dillashaw has been campaigning for a rematch ever since and Cejudo obliged. Dillashaw however wants to keep all the variables same and fight at flyweight. Cejudo however wants a shot at legacy to become the UFC bantamweight champion added to his Olympic Gold medal and flyweight belt for the ‘Champ champ champ’ status.

‘The Messenger’ was in Fortaleza tonight for a guest appearance. He expressed his wish for a rematch at bantamweight speaking with MMAFighting.com. Cejudo also claimed that he would finish Dillashaw even quicker compared to the earlier time of 32 seconds. (via Twitter):

Cejudo dropped Dillashaw with a huge overhand right which had him on the canvas, clinging on Cejudo. Cejudo however landed another massive shot to floor Dillashaw and threw some punches to seal the fight.

With Cejudo defeating the former P4P ranked #1 and former flyweight champ Demetrious Johnson in his last fight and now flat lining bantamweight champion T.J. Dillashaw, has him in conversion for one of the best fighters to ever step inside the octagon.

UFC: TJ Dillashaw ready to fight Henry Cejudo in any weightclass, says he was much more hurt in Cody fight before coming back to win