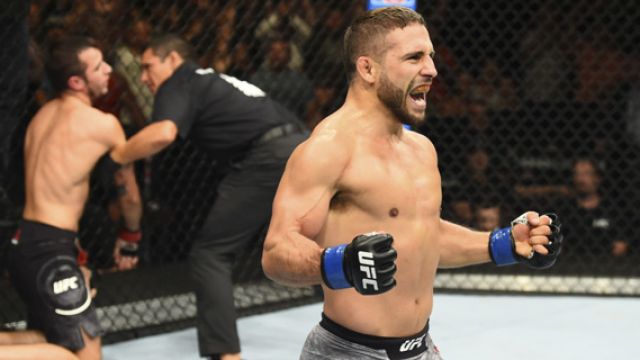 UFC’s latest addition to the December’s UFC 232 pay-per-view event is set to see a huge bout between a fighter who has fought only one fight for UFC in the last 2 years, and a fighter who is yet to suffer a single defeat in the UFC. According to MMA Junkie, at UFC 232 Chad Mendes returns to take on Alex Volkanovski in a Featherweight Bout.

While UFC 232 is set to take place on the 29th of December, and most of the fights have been announced, the order of the fight card is yet to be revealed. With Alexander Gustafsson and Jon Jones possibly headlining the fight, with Amanda Nunes and Cris Cyborg co-headlining it, this bout only adds more credibility to an already packed card.

Mendes returned to the UFC earlier in the year in July, when he knocked out Myles Jury in the first round. Volkanovski, on the other hand, has been on a tear through the UFC and beaten a number of fighters, including Mendes’ Team Alpha teammate Darren Elkins. Volkanovski is undefeated in UFC with 5 wins, and in his overall career is on a 15-fight winning run.

Mendes will be looking for revenge for his fallen teammate when they square off at UFC 232.