Chael Sonnel Opines On Conor McGregor’s 190lbs Frame: He Did Not Look Great 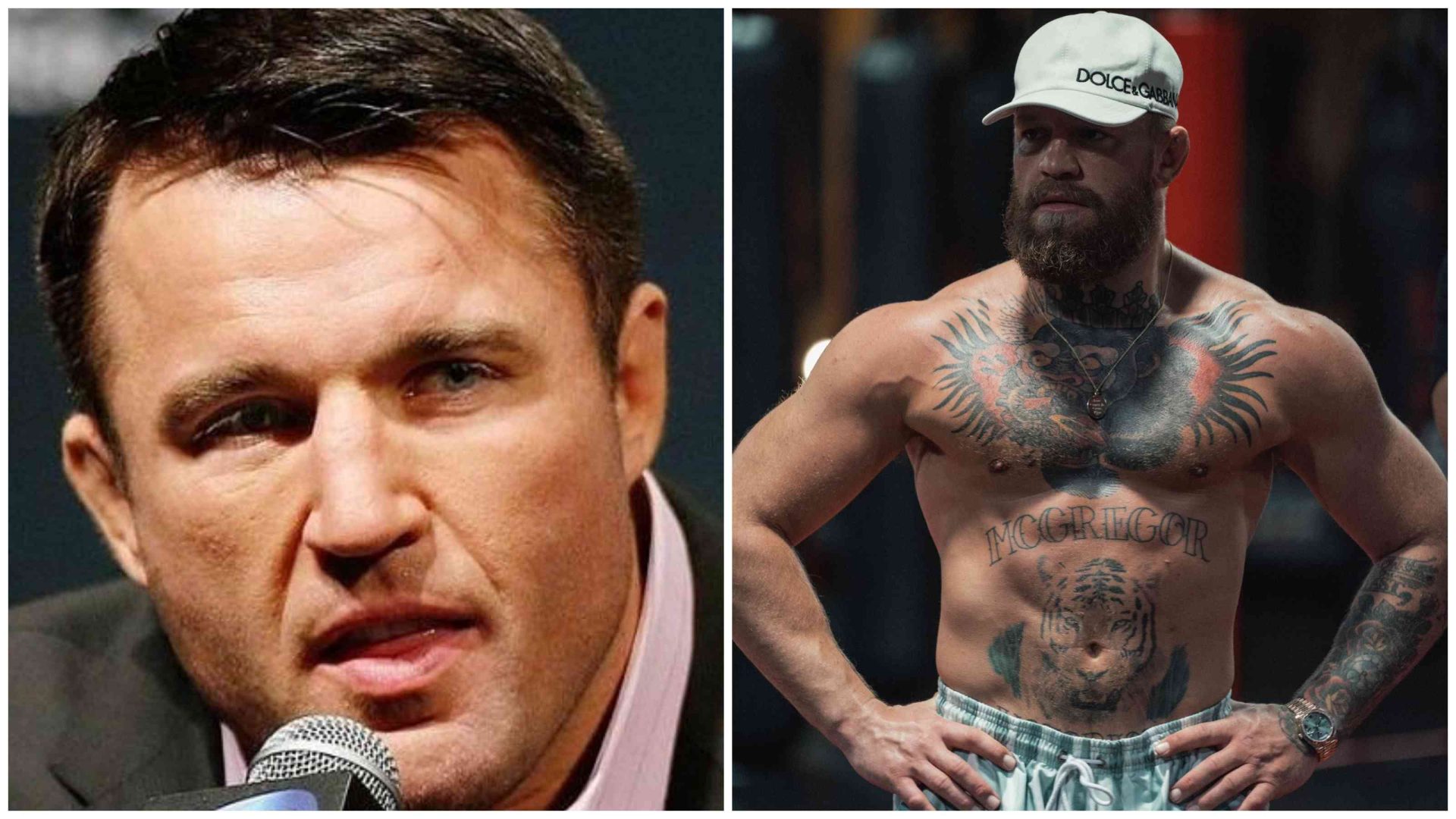 No matter if he is performing inside the Octagon or not, Conor McGregor (22-6 MMA) manages to stay at the peak of attention throughout the year. The former two-division champion has been out of action since breaking his tibia against Dustin Poirier at UFC 264 back in July, but has kept making headlines. Recently, McGregor shocked the mixed martial arts fanbase by revealing his bulked up 190lbs physique which has received mixed responses from others, and former UFC star Chael Sonnen’s reaction is on the negative.

In recent times, Conor McGregor has been posting about his new and heavier frame on social media, which he termed as “190lbs of granite”, leaving many awestruck by the former UFC featherweight and lightweight champion’s bulkier appearance.

While there’s no stout speculation if ‘The Notorious’ will be aiming for the heavier weight classes in the UFC, the promotion’s bantamweight star Sean O’Malley stated that McGregor’s new physique isn’t ideal for the cage and advised him against going down to 155 to fight.

Chael Sonnen, meanwhile, spoke on the same notion with ‘Suga’ and said that McGregor appeared ‘extremely bloated’ and claimed that the sudden bulk up could be a result of lack of training.

“So there is this picture floating around of Conor McGregor looking bigger than we have ever seen him weighing something like 190lbs. And (Sean) O’Malley said ‘Man, I don’t know if that helps you in fighting’, and I don’t know where it would help you in fighting. And if he does in fact weigh one hundred and ninety pounds, he should not be going down to 155. Now, hold that thought because Sean is the only one to state the obvious. First off, that picture of Conor, he did not look great,” Sonnen said in a recent video on his YouTube channel.

“Conor is chiseled man. There’s clothing people that pay Conor to wear their stuff. He’s got this fantastic build. That picture of him at 190 [lbs], I can’t give those same compliments. He looked like he was extremely bloated. And when somebody weighs 190 – that’s used to weighing 155, 175; what you have to wonder is how. How did you get this big? Why? The answer to me seems redundantly obvious. You’re not training.”

“You cannot train the way you need to prepare in MMA, which we’re well aware. We are well aware that Conor is not. He’s got the hurt leg and he’s not doing what he is used to. He’s not jumping rope. He’s not running. He’s not pulling the sled. He’s not sparring. We get it. He’s having to do other exercises. But that’s always important to know because that’s what Sean’s talking about. If you’re not doing our sport, who gives a damn what you weigh? If your calorie deficit to intake got so far out of control, that you’re bigger than you’ve ever been, that’s not a good thing,” Sonnen added. [H/T BJPenn.com]

Do you agree with Chael Sonnen’s opinions on Conor McGregor’s new physique? Let us know in the comments below.

Previous articleSean O’Malley is confident that he can defeat Petr Yan: “I can compete with Petr”
Next articleMFN 7: Abdul Azim Badakhshi defeats Marcelo Guarilha via knockout in Round 2