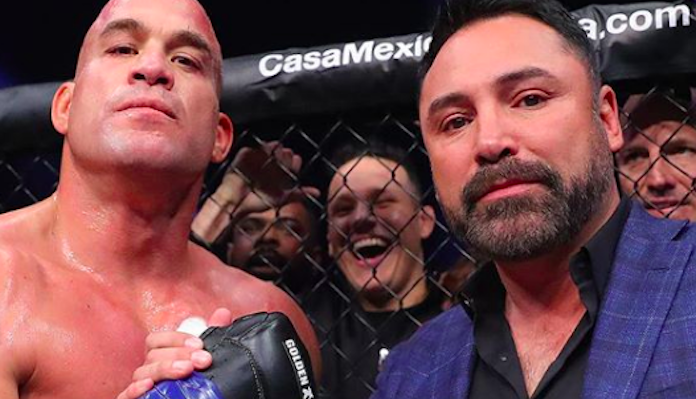 For Chael Sonnen, this event was nothing sort of a ‘disaster’.

“Oscar is not passionate about mixed martial arts, and that was very clear and very obvious,” said Sonnen, who lost to Ortiz last year at Bellator 170. “And when it comes to storytelling and building anticipation, you cannot just set up a ring, and the rest of it takes care of itself. I’ve heard fighters threaten that they were going to leave a promotion and start their own promotion. Go ahead. Go right ahead. That’s essentially what we saw here.

“So, Chuck and Tito come together, go to Oscar, pitch him on an idea that Oscar was never passionate about, he was never behind, with a story that he simply did not know how to tell. It doesn’t make Oscar a bad promoter. The lesson to learn in this is: You got to stay in your lane.”

MMA fans, in general, were unhappy about the trilogy event and not directed a lot of criticism towards CEO of Golden boy promotions, Oscar De La Hoya.