Chael Sonnen defends Georges St-Pierre’s decision to vacate the UFC middleweight belt and not hold up a division. 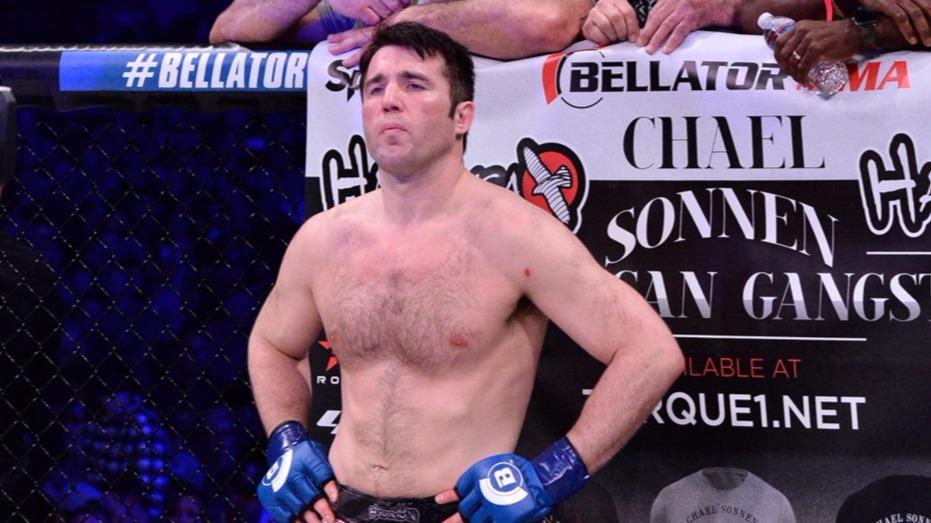 “There’s only two options, and we’ve seen guys do it the other way,” Sonnen said. “Here’s one option, and this is what most dirtbags in the business do — and for good reason. They have 12 months to defend a title before you’re going to be stripped. You have 12 months of headlines, 12 months of photo opportunities, 12 months of walking around, building that visual of that title over your shoulder, 12 months of talk, collecting sponsorship dollars, and stopping an entire division in its tracks!”
“Or you have the second option, which is what Georges did, and I don’t remember a guy ever doing it this quickly. He comes out, he goes ‘You know what? I thought twice about it. I thought I was a middleweight.’ For whatever reason — ‘I don’t love the size, I don’t love that it slowed me down a little bit’ — whatever it was he felt in there, he goes ‘I’m not going to do it anymore.’
“Instead of holding you up, instead of collecting my sponsorships, getting my media opportunities, and stopping a division for a calendar year? I’m going to turn it over right now and let the boys go on with it. That was a cool thing to do!”
Sonnen doesn’t think St-Pierre went out there with the purpose to “fool” people and “hand-pick” an easy opponent before walking away again. In fact, many thought Bisping was a bad match up for GSP, especially after a four year layoff, but he pulled it off and joined elite company as a two-division champ.
“So many people have come out and said how wrong this was, and he never should’ve come in the first place. I’m not really sure where that comes in. First off, it was a monumental fight, did monumental business. It was very meaningful. It was an extremely big achievement,” Sonnen said.
“I don’t think he came in an intended to fool anybody, as much as ‘look, it’s a little bit of an experiment for me too. I want to try this. I believe in myself. But at my age, and at this point in my career, I am only committed to achieving this one time. I then hope to go back and do it again.’
“As soon he had that hope gone, or said ‘look, I want to be in a different weight class, or retire’ or whatever Geoges wants to do, instead of jamming everything up for an extended period of time, like everybody else would’ve done — collected that money, kept that belt around him, gone on Sports Center, cut the interviews and lived the life — he gave it back.

“That was the right thing to do, and that’s the way that story should be told.”

Previous article
Paul Felder: ‘Most Violent Fighter’ is a dumb and dangerous UFC strategy
Next article
Werdum fined $600 for throwing boomerang at Colby