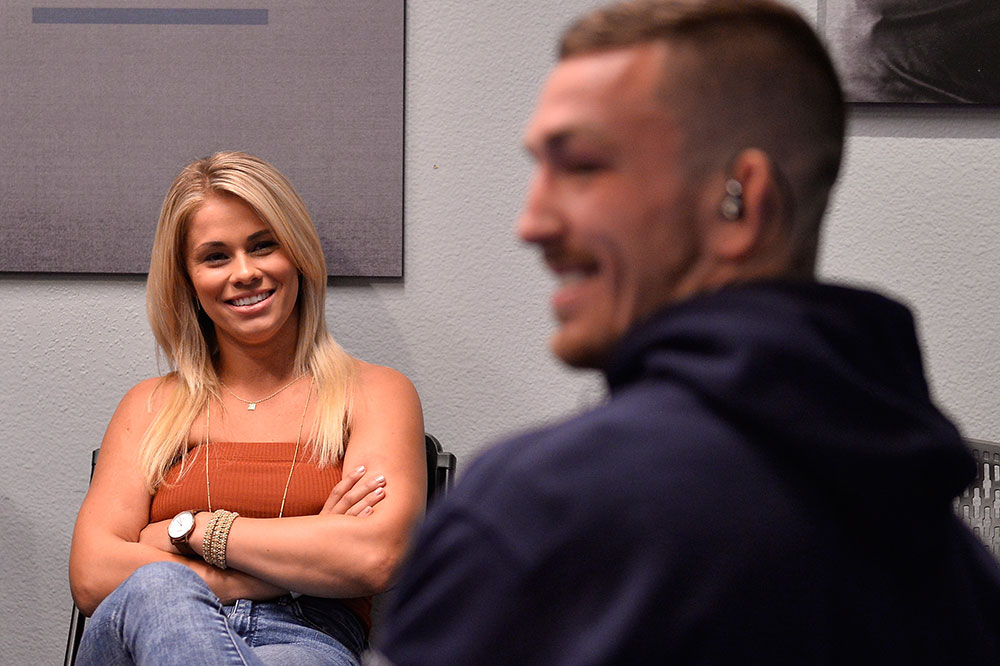 One of the most popular female fighters in the UFC Paige Vanzant is married to Bellator MMA fighter Austin Vanderford, who is also a former two-time NAIA All-American and national champion amateur wrestler.

Paige is recently coming off of a submission victory over Rachael Ostovich at UFC on ESPN+ 1 at the Barclays Center in Brooklyn, New York. Following her victory, she appeared on Ariel Helwani’s MMA show and revealed a very interesting story regarding her marriage to Vanderford. 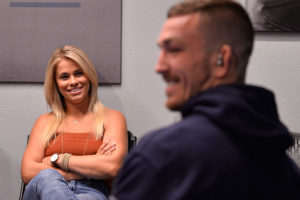 Ariel told PVZ a story which Chael Sonnen had told him which according to Sonnen was, he was attending a local show and there was an empty seat and then Austin Vanderford called Chael and said that he can’t get into the show and if Chael could help him get in.

Apparently, Chael knew about the empty seat and he had an idea about putting both PVZ and Vanderford together.

So Ariel Helwani asked if Chael was the reason why they got married and if the story was true?

“That is absolutely true and Chael was one of the instigators behind the wedding,” Vanzant said.

“I don’t know if he was trying to set us up but he said ‘hey, there’s an extra seat, to sit next to your teammate’, I knew about him, cause we were on the map periodically together, but yeah we sat next to each other and I tricked him into going out to eat afterwards,” she said.

Later she needed a ride home and Vanderford had a car and they both were inseparable since then.

“‘OH! I need a ride and you have a car’ and it sparked from there.” she said.

What do you guys think about their cute romance?