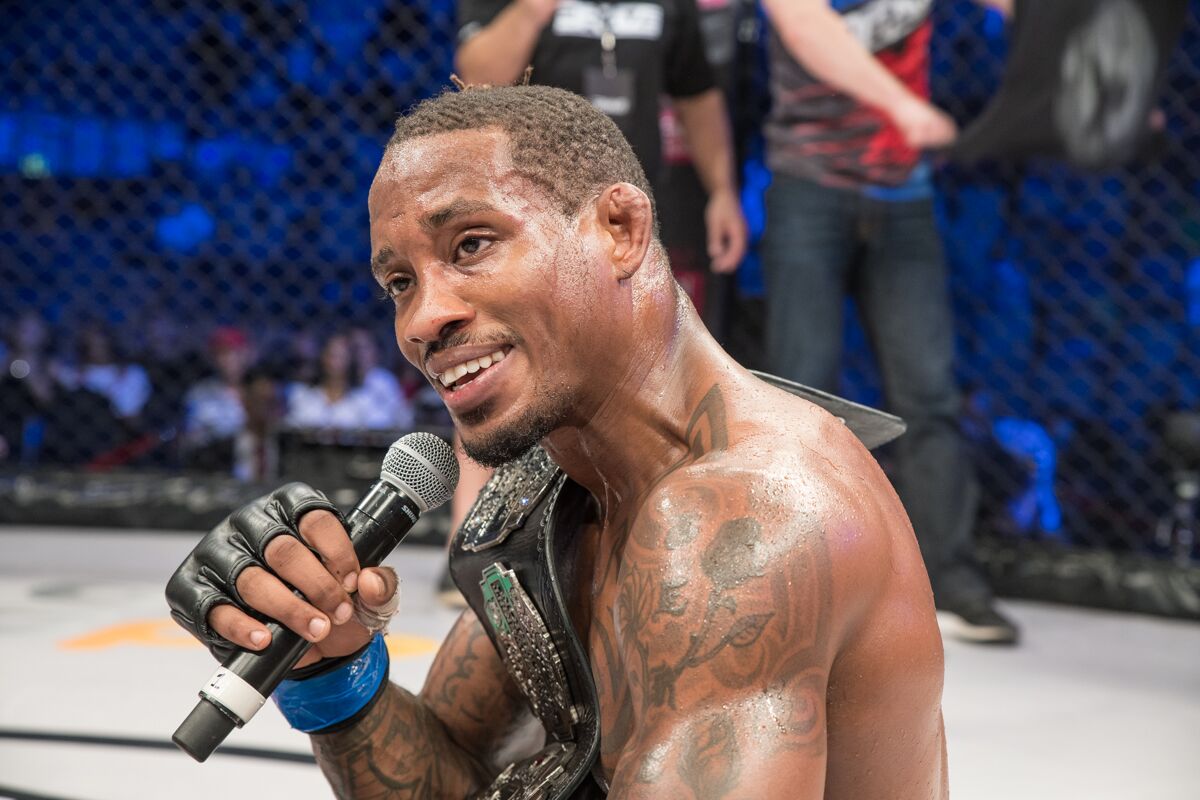 Featherweight world champion Bubba Jenkins is still enjoying the fruits of his labor after dethroning Elias Boudegzdame at last year’s Brave 16. However, he has an eye on this Friday’s Brave 22: Storm of Warriors. The show, which takes place in Manila, Philippines, will be headlined by Bantamweight titleholder Stephen Loman defending his belt against his old foe Boudegzdame.
Jenkins says he’s excited about the matchup and claims he expects a much-improved Elias Boudegzdame from their encounter in Abu Dhabi. However, he’s putting his money on the champion successfully defending his title for the third time on fight night.
“I truly believe Elias has learned a lot. Stephen and I are very different fighters, but I bet he’s had a very smart training camp. He’s a true champion and I’m sure he will put on a great fight. But I have so much respect for Loman. He’s very comfortable in this weight class, he’s very comfortable as the champion. I don’t see Elias beating Stephen in Loman’s own home country and in his own weight class”, says Bubba.
As he has no trouble making the 145lbs (65,9 kg) limit of the Featherweight division, Jenkins is also looking for new challenges. And he guarantees a drop to Bantamweight in case Elias beats Stephen Loman at Brave 22.
“I mean, I want Stephen Loman to win. I think he will win. But if Elias somehow beats Loman, then “Bubba J” is going to have two Brave belts. If Elias wins, I’ll drop down to Bantamweight to challenge him and become Brave’s first champ-champ”, promises Jenkins.
Brave 22: Storm of Warriors marks the first time the biggest MMA promotion in the Middle East will land in the Philippines. In addition to a main event for the ages, the organization has also matched up two of the biggest prospects at Lightweight, as Cian Cowley meets John Brewin in the co-headliner.

Previous articleWhat Conor McGregor did when he got released from jail: went for a jog in the middle of the night
Next articleREBEL Fighting Championship Announces Reality Show Partnership in China
- Advertisement -