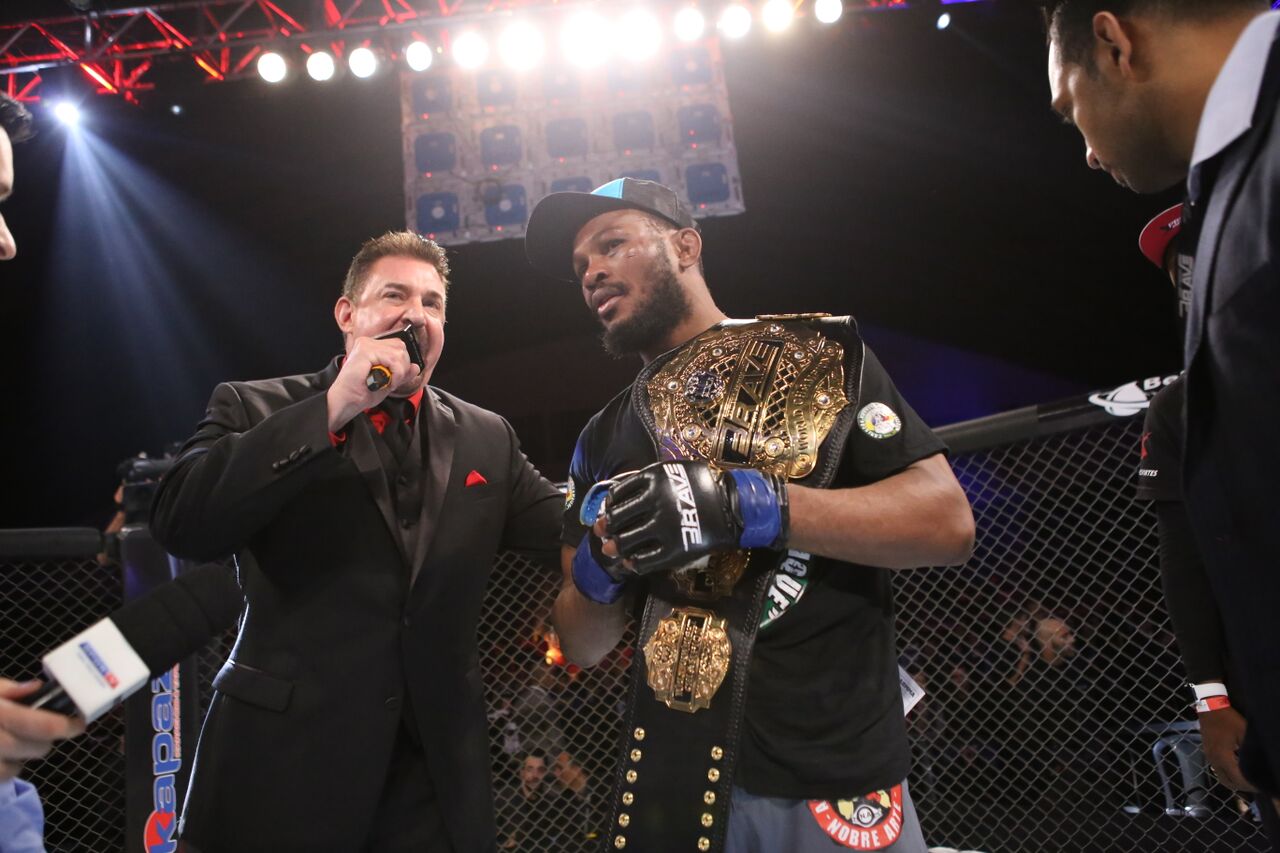 Brave Welterweight champion Carlston Harris has put on analysis hat to break down one of Brave 14’s most intriguing fights. The fighter from Guyana is closing in on a return from a hip injury, which prevented him from defending the title he won last August and says he favors Sidney Wheeler over Abdoul Abdouraguimov, set for the co-main event of Brave 14, which takes place at the Omnisports Indoor Club, in Tangier, Morocco. 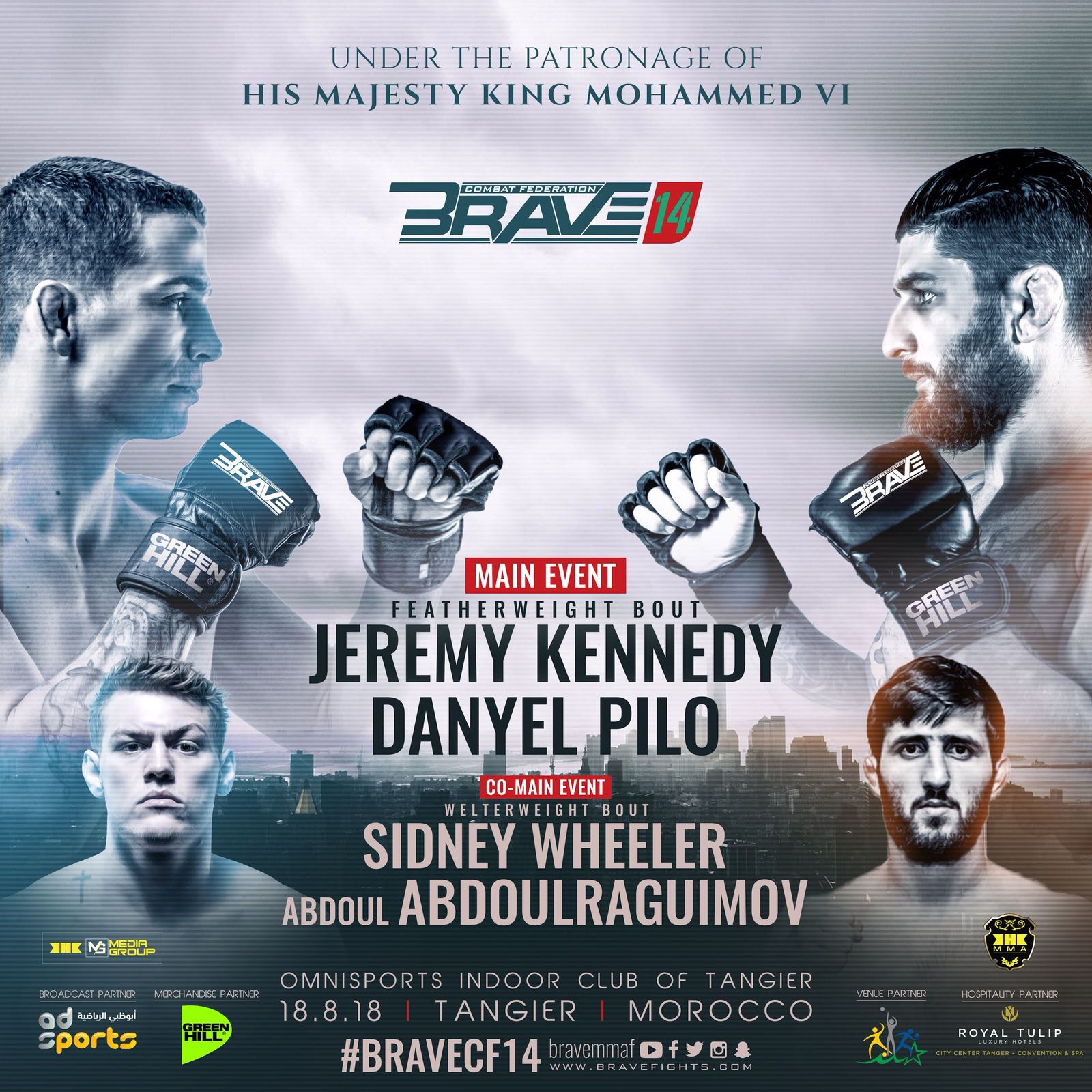 Harris praised both fighters but said Wheeler’s KO power and pressure game, with takedowns and striking, were going to make a difference in the American’s favor come fight night.
“I think this is a great match-up, I can see there’s going to be fireworks, for sure. They’re both hungry and they want to show themselves to the rest of the division. But I do see the edge going to Sidney because of his pressure and KO power. But if I compare myself to them, I’m on another level. I don’t mean any disrespect, as I respect all fighters, but I already belong to the top. I will do everything to maintain my post there”, said the champion.
Even though he’s been out of action for a year, Harris remains connected to Brave and is very active on social media. He was full of praise for the promotion’s initiative of putting on a global MMA show in Africa – Brave 14 marks the first time an international organization hosts an event on the continent.
“The Moroccan fans can expect fireworks from the fighters on deck. This is an excellent card, full of great match-ups. Congratulations to Brave on being the first global organization hosting an event in Africa. I see this continent as a new home to MMA, but not just for the fighters, for the fans too. I love being a part of Brave and can’t wait for more”.

Previous articleUFC: Derek Brunson vs Israel Adesanya close to finalization for UFC 230
Next articleSuleiman fighting to bring title to Syria