Champion Elias Boudegzdame in demand for next title defense 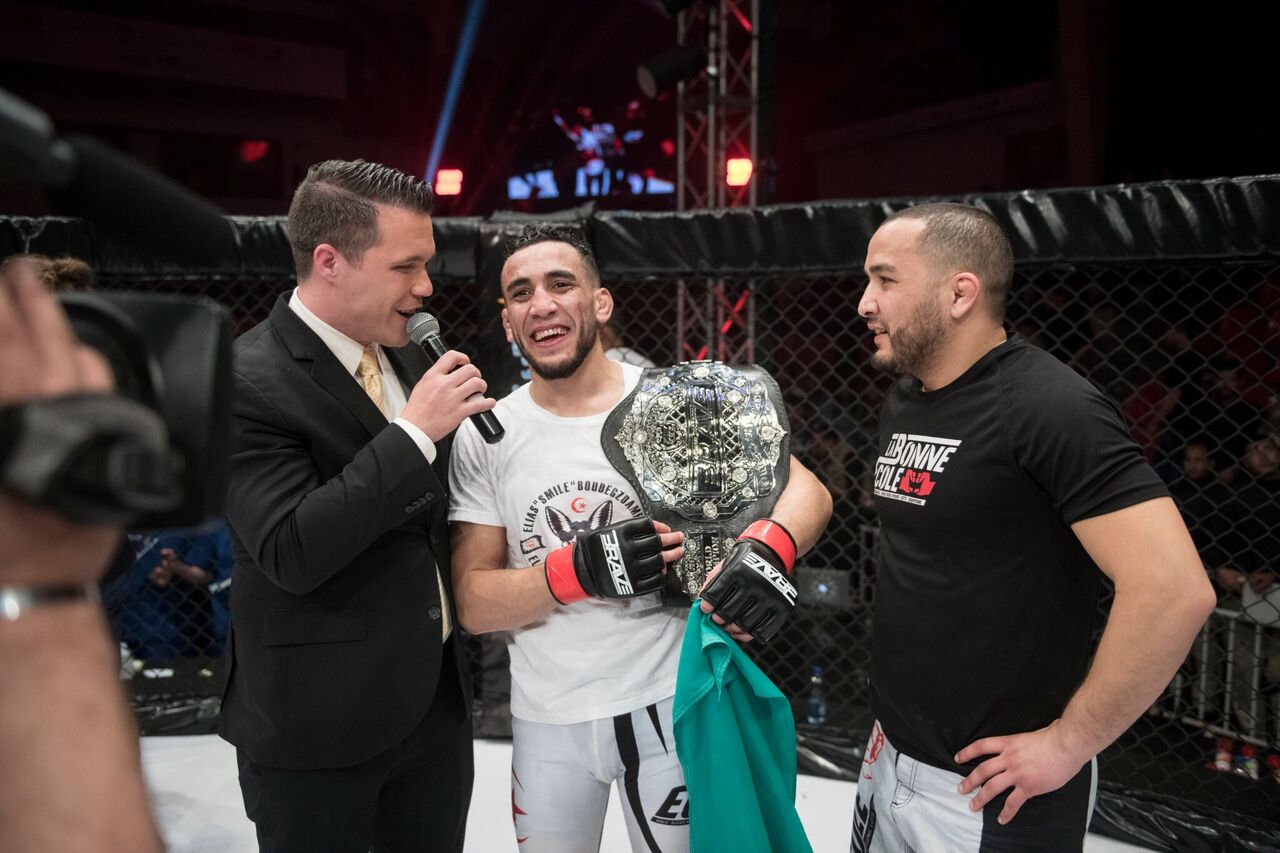 French-Algerian Elias “Smile” Boudesgzdame has no shortage of challengers for his second official title defense. After making history as Brave Combat Federation’s first world champion to defend his belt, the jiu-jitsu ace looks to extend his winning streak soon.
And to help the champion find a worthy contender amongst the ever-growing Featherweight division, Brave’s social media accounts set out to find who the fans want “Smile” to be matched up with for his next fight.
Initially, the options were Marat Magomedov and the two men involved in the main event of Brave 14, set for the Omnisports Indoor Club, in Tangier, Morocco, on August 18th: former UFC fighter Jeremy Kennedy and Italian sensation Danyel Pilò.
While most fans voted equally for the three contenders, there were other followers who chose to think outside the box and included two of Brave’s most recent acquisitions: Bubba Jenkins and Gabriel “Fly” Miranda.
Jenkins is an All-American wrestler and NCAA Division I champion, who boasts a 12-4 MMA record. Curiously, “Fly” has the same number of wins and losses – however, the Brazilian stands out for his relentless ground game, since 11 of his 12 victories came by way of submission.
As Elias prepares to return to the Brave cage, there are certainly worthy contenders waiting on the wings to take away his shiny Featherweight belt.