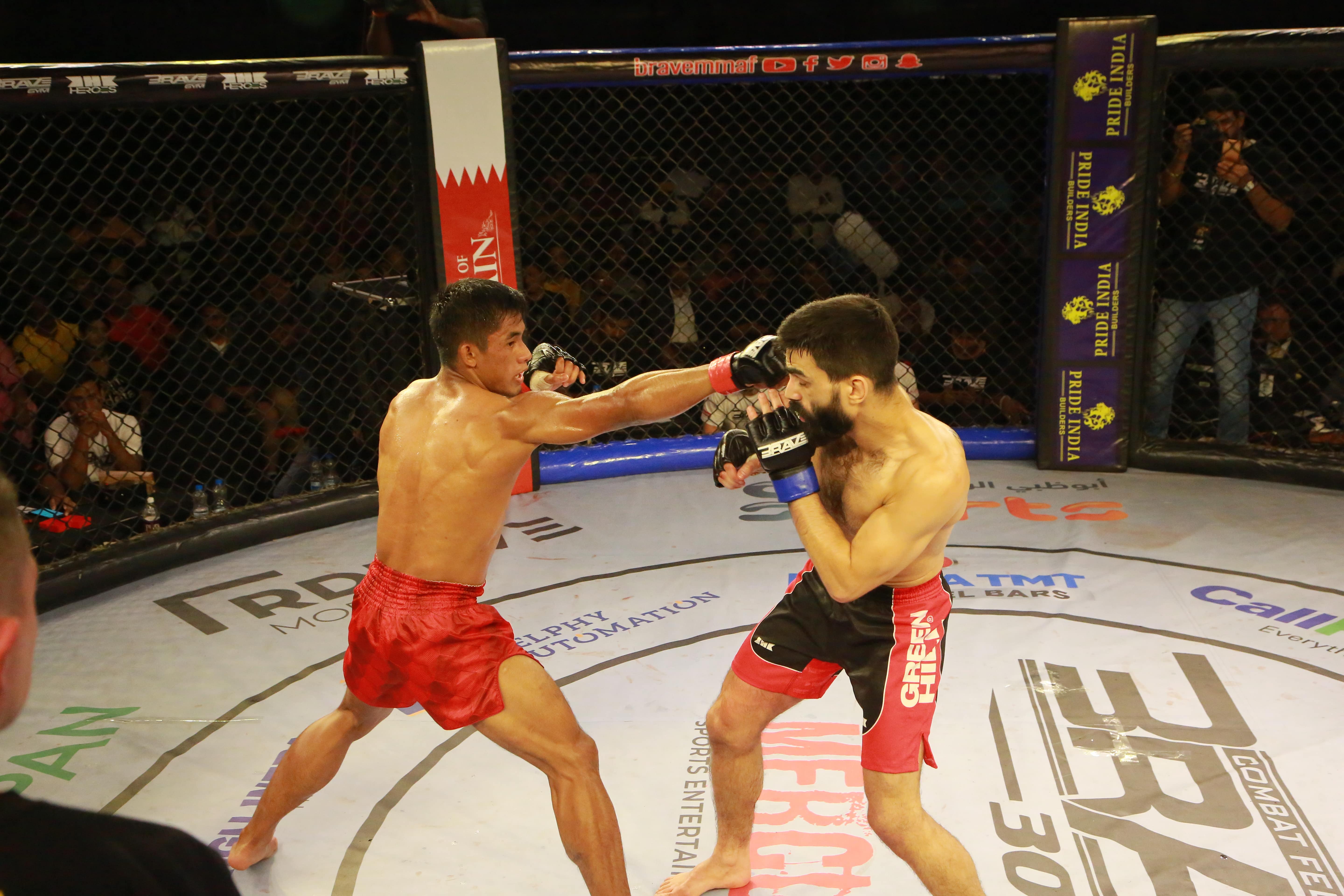 Filipino hero Stephen Loman cemented his place as a legend with his fourth-straight world title defense last Saturday, as he beat a game Louie Sanoudakis via unanimous decision at BRAVE CF 30, in Hyderabad, India. When asked if he was willing to venture into the Featherweight division, “The Sniper” claimed he was still focused at Bantamweight.
For Loman, extending the record for most title defenses is more important than adding a second divisional world title. At least in the immediate future. 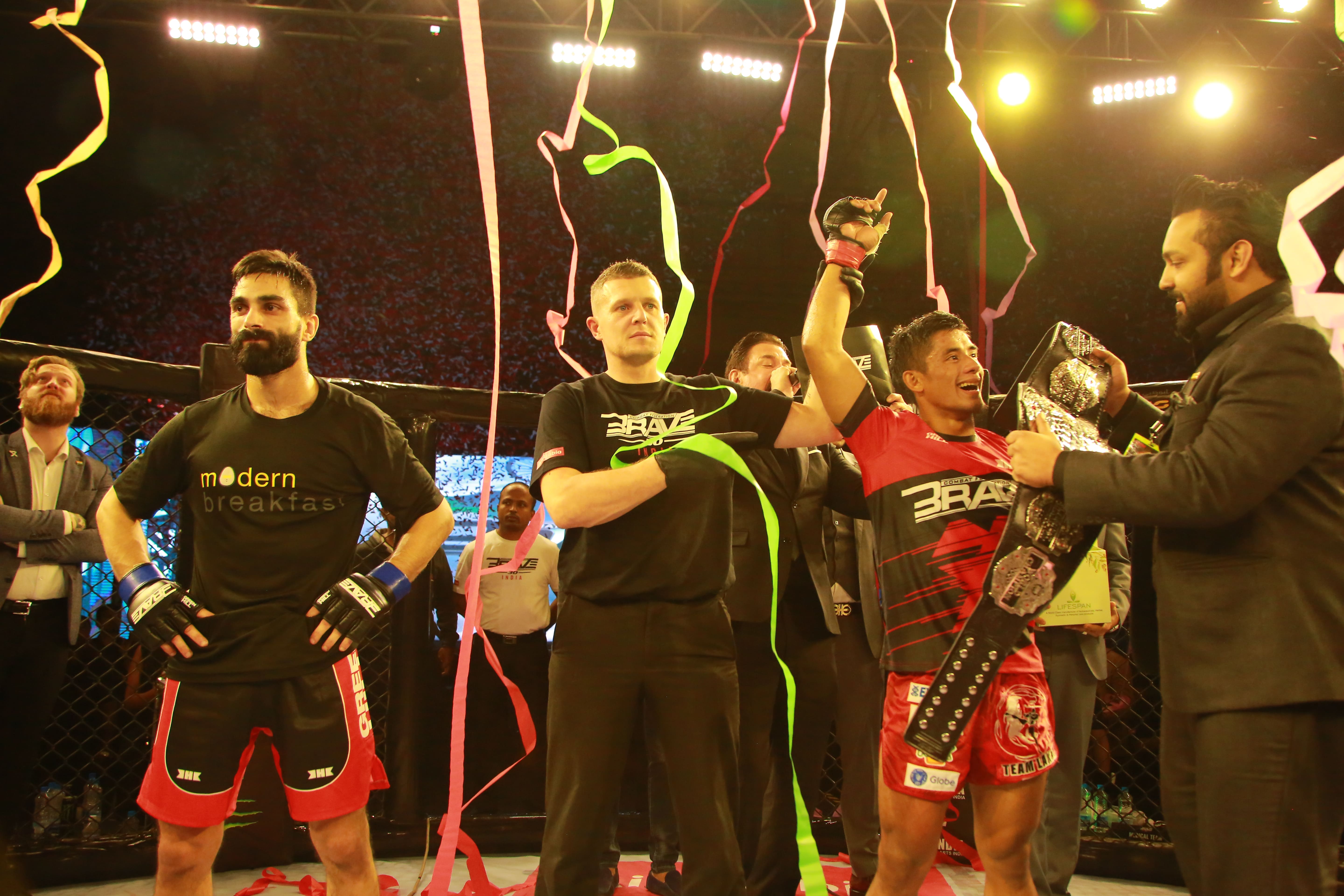 “I think about moving up, yes, but not right now. I’ll go back to the Philippines and keep training and improving for my next title defense. There are many good fighters in my weight class, and I need to be on point to defeat them. I want to keep going and extending that record”, said Loman.

Stephen is only one of three BRAVE CF world champions to ever defend their belt. Former Featherweight king Elias Boudegzdame beat Jakub Kowalewicz at BRAVE CF 10 to become the first champ to defend their crown, before losing the title to Bubba Jenkins, who in turn defended the belt against Lucas “Mineiro”. Loman, however, has defended his own title four times in a row.
After beating Gurdarshan Mangat at BRAVE CF 9, “The Sniper” has defeated Frans Mlambo, Felipe Efrain, Boudegzdame himself and now Louie Sanoudakis to maintain his place as one of the sport’s most dominant world champions to date.

Previous articleJorge Masvidal reveals he puts Colby through ‘trauma’ in training
Next articleHenry Cejudo rolls up in Brazil and tells Jose Aldo to ‘bend the knee’!