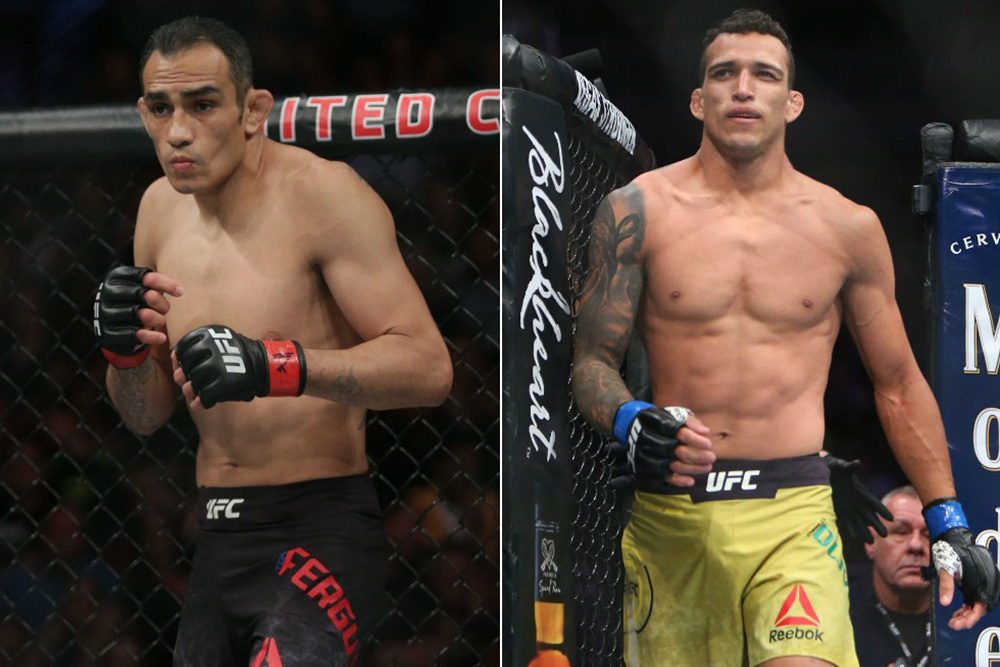 It’s a mouth-watering clash for grappling fans as both fighters are elite grapplers. Both fighters accepted the fight on less than three-weeks notice as they are set to clash in the co-main event of UFC 256 scheduled to take place on December 12. 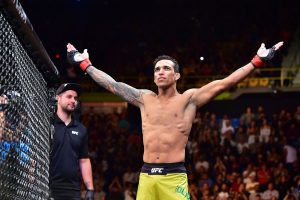 Heading into this fight, Charles Oliveira is confident that the winner of this fight is going to fight for the title.

“It’s very clear: Whoever wins this fight is the next title contender,” Oliveira said. “I have to stay focused and concentrated. He was coming off 12 wins in a row and I think he made a mistake against Justin Gaethje, so we can’t make mistakes in there.”

Tony Ferguson will present a tough challenge for Charles Oliveira

While Charles Oliveira is extremely confident heading into this fight, he is well aware of the challenges that Tony Ferguson brings to the cage.

“He’s super tough,” Oliveira said. “He has his own fighting style, he spins with the elbow, the arm, the leg. He shoots for takedowns in a completely different way. We know the difficulties that this fight brings, the problem coming my way, but this is my moment. My time has come. There’s not much to do, just train and dedicate.

“I’ll have the perfect strategy for this fight and I’ll make it happen. He’s tough and has an incredible cardio, so let’s go.”

“Good jiu-jitsu, if you give him an opening he goes there and taps you,” Oliveira said. “You have to respect that. We can’t fool around because I can make a mistake and he submits me too. Fights are unpredictable, brother, anything can happen. But, like I said, this is my moment, this is my time. I’ll be 100 percent focused for this fight. I won’t make mistakes up there.

“His jiu-jitsu, his wrestling, his muay Thai, the crazy spinning things he does out of nowhere — I’ll be ready for all that.” (H/T – MMAFighting.com)

Who do you guys think wins in a fight between Charles Oliveira and Tony Ferguson?

Previous articleManager: Nick Diaz has 99.99% chance of returning to the Octagon
Next articleNiko Price suspended for ‘Six months’ by NSAC for Marijuana