Charles Oliveira: I have way more ‘weapons’ than Dustin Poirier 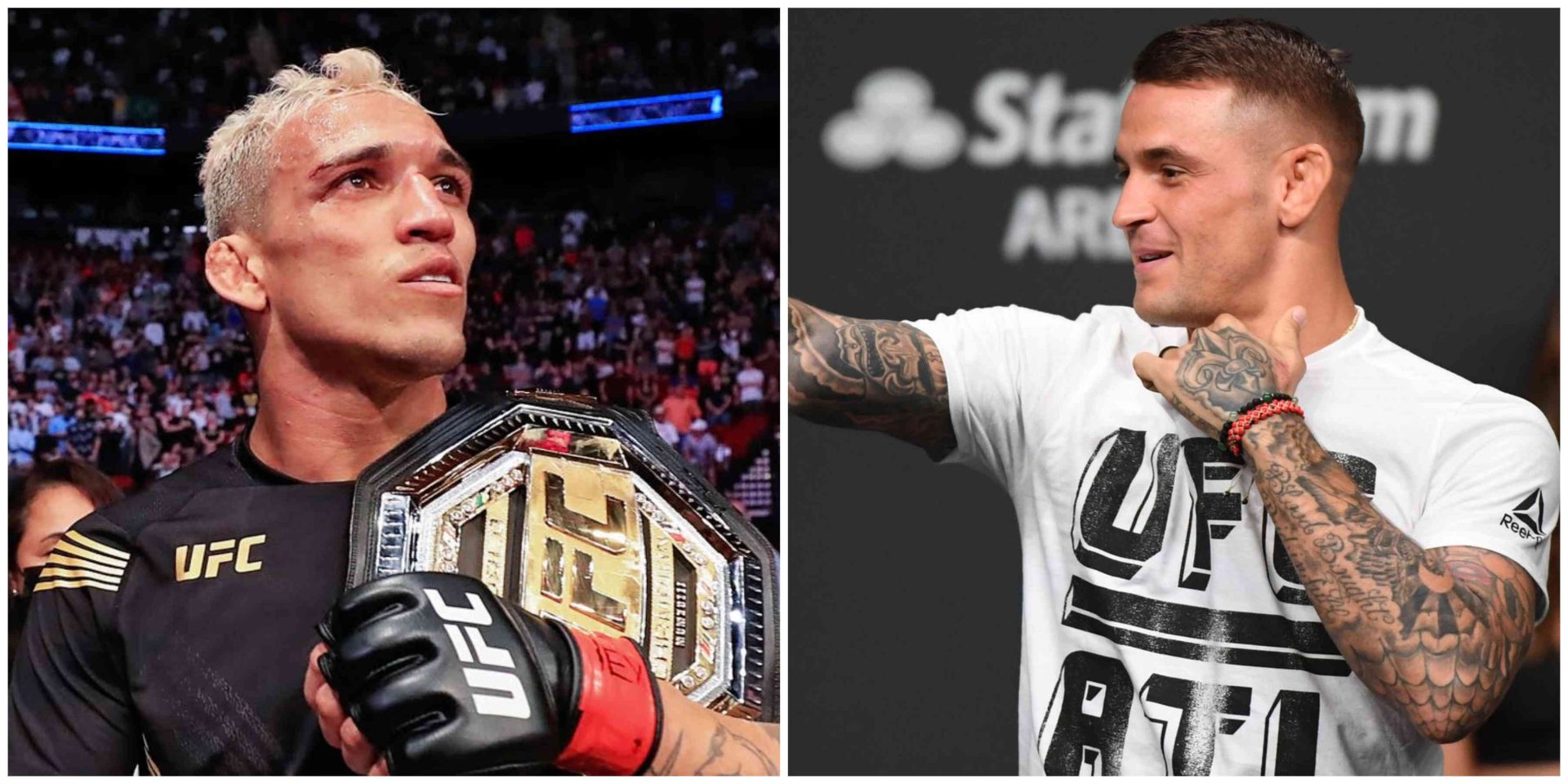 The mixed martial arts fans are in for a treat this December 11th as the main event of UFC 269 will feature the mouth-watering bout between reigning lightweight champ Charles Oliveira, set to make his first title defense inside the Octagon against the number one ranked fighter in the division, Dustin Poirier. And while the community is split between who is the better fighter between the two, Oliviera has one thing certain- he boasts a bigger arsenal than his challenger.

After spending a decade in the UFC, Oliviera earned his first shot at the lightweight title at UFC 262 in May, freshly vacated by Khabib Nurmagomedov. Contensting for the same vacant belt was former three-time Bellator Lightweight Champion and UFC newcomer Michael Chandler. Making the best use of his first ever title shot in the Octagon, Oliviera marked a 2nd round TKO victory to clinch the coveted title.

On the other hand, Dustin Poirier has been rising up the order and especially with his back to back wins over Conor McGregor has established him as one of the best lightweights in the world right now and to many fans, Oliviera has to prove himself as the best in the division by beating Poirier this December.

The talks surrounding the UFC 269 main event has generated a reaction from Charles Oliveira, who makes it clear that ‘Do Bronx’ is currently the best in the division because he reached that spot by beating the best, and the fight against Poirier will once again prove that notion.

“Someone else will show up when I win and be like, ‘Oh, you have to beat this one now, you have to beat that one,’ we’ll keep on fighting, keep on making history, staying focused and centered. Putting on great fights. I wanted to fight the best, and I’ve been doing that,” Oliveira said on Trocação Franca, MMA Fighting’s Portuguese podcast.

“No one has such a gigantic winning streak like me, nine in a row with only one decision — and you all saw it, you can’t debate it. Many people say I have to beat Dustin to prove I’m the champion. I am the champion. I won [the belt] earlier this year and I’ll defend my belt now.”

“On [December] 11, we’ll be there to prove who’s best and who’s not the best. There’s not much to say. We’ll only know when we face each other. I trust myself, I believe myself. I think I have way more weapons than him. All you guys that think [he’s No. 1], watch his last fight and watch my last fight, see what I’m good at and what he’s good at, and match it all up to see what happens,” the Brazilian added. [H/T MMA Fighting]

Who do you think wins UFC 269? Let us know in the comments.