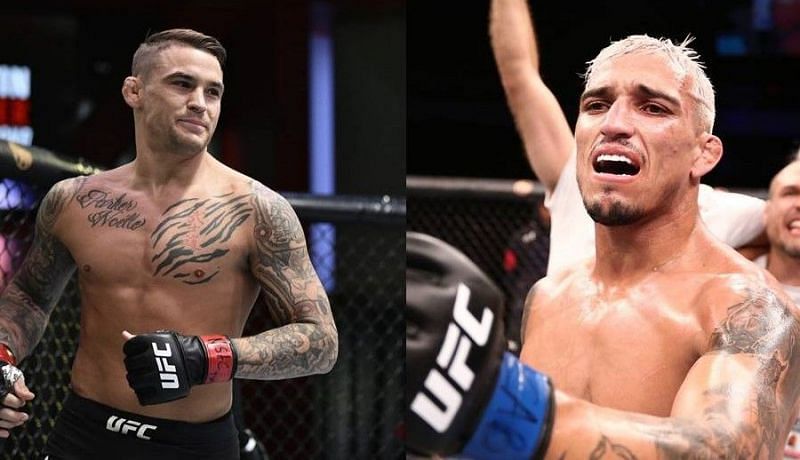 Dustin Poirier is coming off of a spectacular knockout victory over former two-division UFC champion in the main event of UFC 257 which took place at the Etihad Arena in Abu Dhabi.

On the other hand, Charles Oliveira is also on a tear as he is coming off of a dominant unanimous decision win over former UFC interim lightweight champion Tony Ferguson at UFC 256 last month. Prior to that, he defeated Kevin Lee via submission.

With the UFC lightweight title likely to be vacated, Charles Oliveira is campaigning hard for the title fight and he wants to take on Dustin Poirier by May or June.

“There is no denying it. Everyone knows my game. Whenever I can, I put the fight on the ground and go to work. Poirier is very tough in the standup department. He has been exchanging and knocking out everyone, but I have evolved in the striking and I exchange punches with these guys on equal terms. Certainly, I am going to start exchanging, of course respecting him, knowing that he has a heavy hand. But when the opportunity arises, I will put him down and I will finish him,” Charles Oliveira said in an interview with AG Fight.

Charles Oliveira will be UFC champion in 2021

Charles Oliveira who is currently riding on an eight-fight winning streak is confident that he is going to submit Dustin Poirier if they fought. He also made it clear that he was going to have the UFC gold wrapped around his waist in 2021.

“If this fight happens, it will probably be for May or June. Poirier just fought, I know he wasn’t hurt or anything, but he doesn’t like fights in a row, close to each other. He likes to hang out with his family. So I think it will be in May or June. I’m back to training, I’m training every day. I’m focused, waiting, it’s my moment. In 2021, I will be UFC champion, in the name of Jesus. Just keep your feet on the ground and make it happen,” Charles Oliveira said.

Who do you guys think wins in a fight between Charles Oliveira and Dustin Poirier? Let us know in the comments section below.