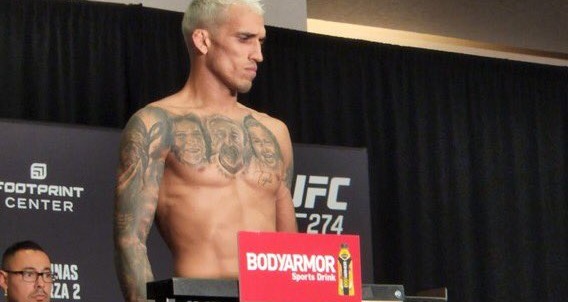 Charles Oliveira has been stripped of his lightweight title after missing weight by a 0.5lbs mark in his fight against Justin Gaethje. The fight is the main event for UFC 274.

While Charles Oliveira will not be fighting for the title, his opponent Justin Gaethje will still have the opportunity to win the title should he win. While, Oliveira will still be the next contender to fight for the belt if he is able to beat Gaethje. 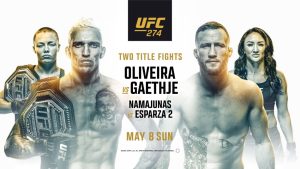 UFC also released a statement on the whole situation.

“Charles Oliveira missed weight for his UFC 274 main event bout against Justin Gaethje on Friday afternoon in Phoenix, weighing in at 155.5 pounds. Due to the weight miss, Oliveira will forfeit a percentage of his purse,” the UFC’s statement read. “As of this moment, Charles Oliveira remains the UFC Lightweight Champion, but upon the start of the Main Event Headliner tomorrow night he will vacate the 155-pound title. The fight will proceed as scheduled, but the championship will only be on the line for Gaethje.

“If Oliveira wins, he will be the number one contender for the vacant Lightweight Championship and will fight the next challenger for the undisputed title belt at a time and placed to be determined,” the statement continued.

Who do you think wins this fight? Let us know in the comment section below.