Charles Oliveira wants to fight the winner of McGregor vs Poirier 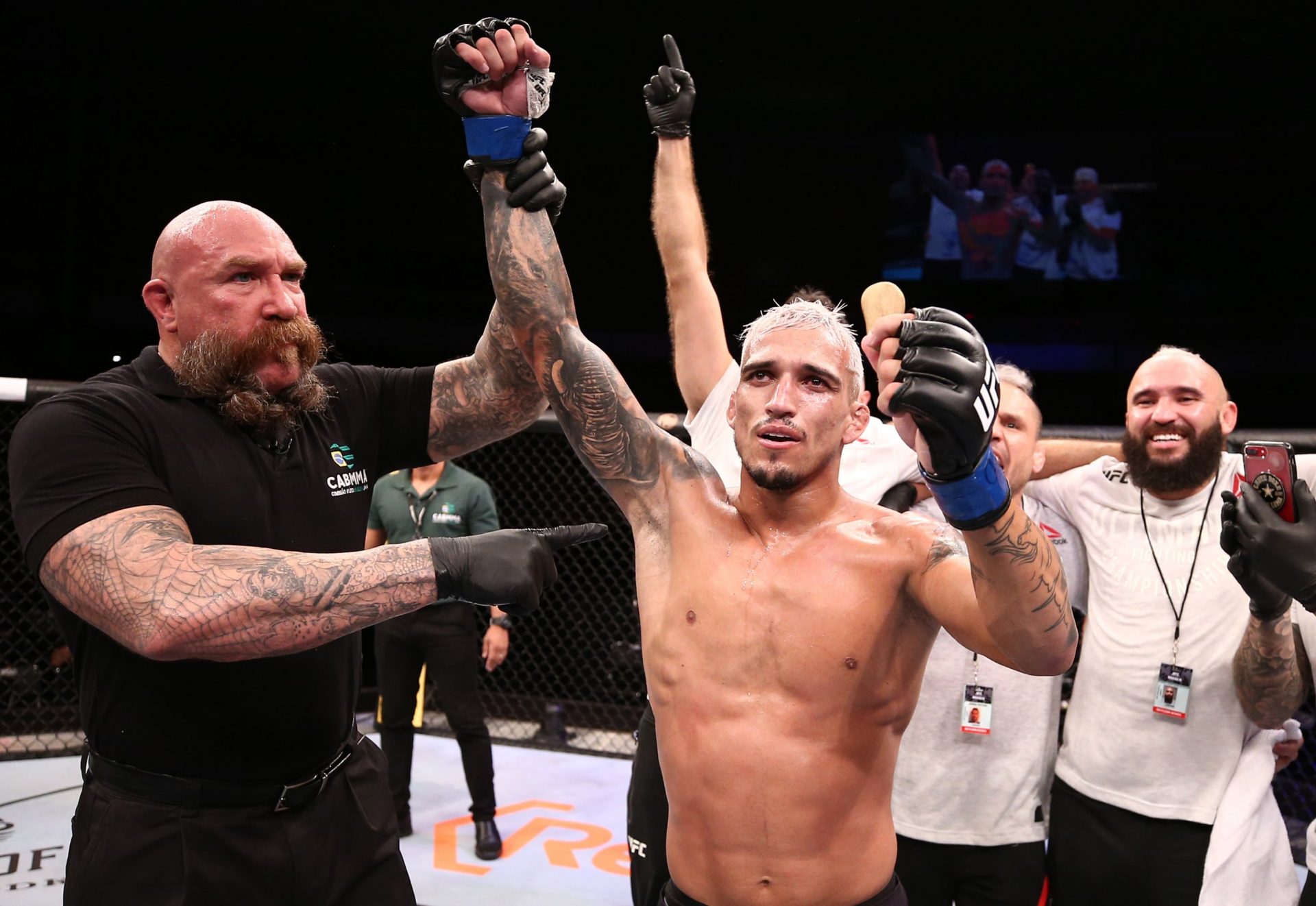 Following the biggest win of his career, Charles Oliveira has his eyes set on the winner of Conor McGregor vs Dustin Poirier. The pair are set to fight at the Fight Island in Abu Dhabi in the main event of UFC 257.

“Khabib swore on his father’s grave that he wasn’t going to come back, so when a man does that, I don’t think he’s going to come back,” Oliveira said during the post-fight press conference. “(Justin) Gaethje can fight whoever, but I want the winner of Conor and Poirier. I have eight wins in a row, seven of those I finish the fights, and I don’t let it go to the judges hands, I finish fights. I deserve (it), I’m in the position to be fighting for the belt.”

“I don’t really think there is a preference,” Oliveira said. “I want to fight for the belt. That’s been my dream and my team’s dream. Obviously fighting Conor comes with a lot of other things, a lot of money that maybe a fight with Dustin wouldn’t involve, but if you want to win the belt it really doesn’t make a difference.”

Charles Oliveira also stated that he will be a champion soon, even if not many people believed in him.

“I think everything happens at the right time,” he said. “Look at the fight tonight: This is the guy everyone calls ‘The Boogeyman,’ and we went in there and we had an amazing fight. I’ve been telling everyone I’m going to be the champion. People don’t believe it, so I have to show them.” (H/T – MMAJunkie.com)

Who do you guys think Charles Oliveira should fight next?