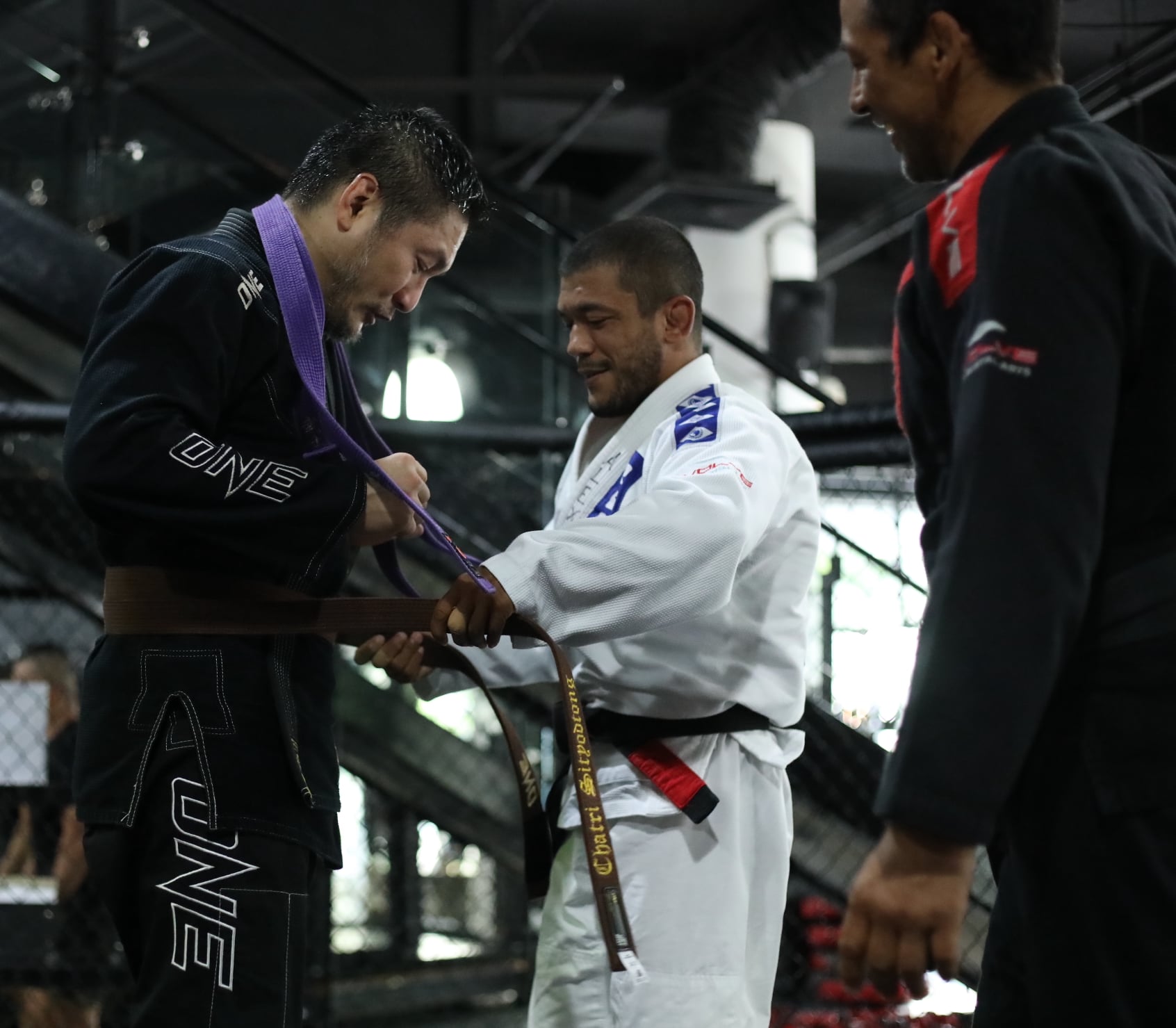 Chatri Sityodtong has just leveled up in Brazilian Jiu-Jitsu. The ONE Championship Chairman and CEO received his brown belt from Master Renzo Gracie at Evolve MMA on Saturday, 18 September. Sporting a black ONE Championship gi, Sityodtong stood at attention as BJJ World Champion Alex “Little Rock” Silva tied the belt around his waist. Chatri Sityodtong took to Facebook to share the momentous occasion, describing it as an irreplaceable moment in his martial arts journey.

“By my rough calculation, I have spent at least 2,400 hours on the mats (if not more). It has been a long journey with many ups and downs (and injuries), but I would not change any of it,” the post read.

This latest achievement is yet another feather in the cap for the lifelong martial artist who began drilling “the gentle art” in 2005 at the Renzo Gracie Academy in New York City.

Chatri Sityodtong earned his blue belt in 2007 just before he moved back to Singapore. In “The Lion City,” the self-made entrepreneur decided to switch his gi for a rashguard and fight shorts as he wanted to train exclusively in no gi.

Chatri Sityodtong thanks his BJJ coaches

In 2018 however, Chatri Sityodtong donned his gi and blue belt and re-embarked on his mission to reach greater heights in BJJ. Chatri’s hard work paid off, and in 2019, he earned a purple belt from BJJ World Champion and Evolve BJJ coach Leandro “Brodinho” Issa.

“Each of you gave me a piece of your game and generously shared your love of the gentle art with me. You beat me up and made me suffer, but I am eternally grateful for all of the lessons on and off the mats.”

Up next, BJJ enthusiasts in India can expect a night filled with locks, hooks, and submissions when ONE: REVOLUTION airs live on Friday, 24 September.

Watch the event beginning with the lead card on Disney+ Hotstar or Star Sports Select 2 at 4 p.m. India Standard Time (IST) or via the ONE Super App.