Khamzat Chimaev warns Israel Adesanya for his ‘rat lip’ comment: “It will cost you your belt” 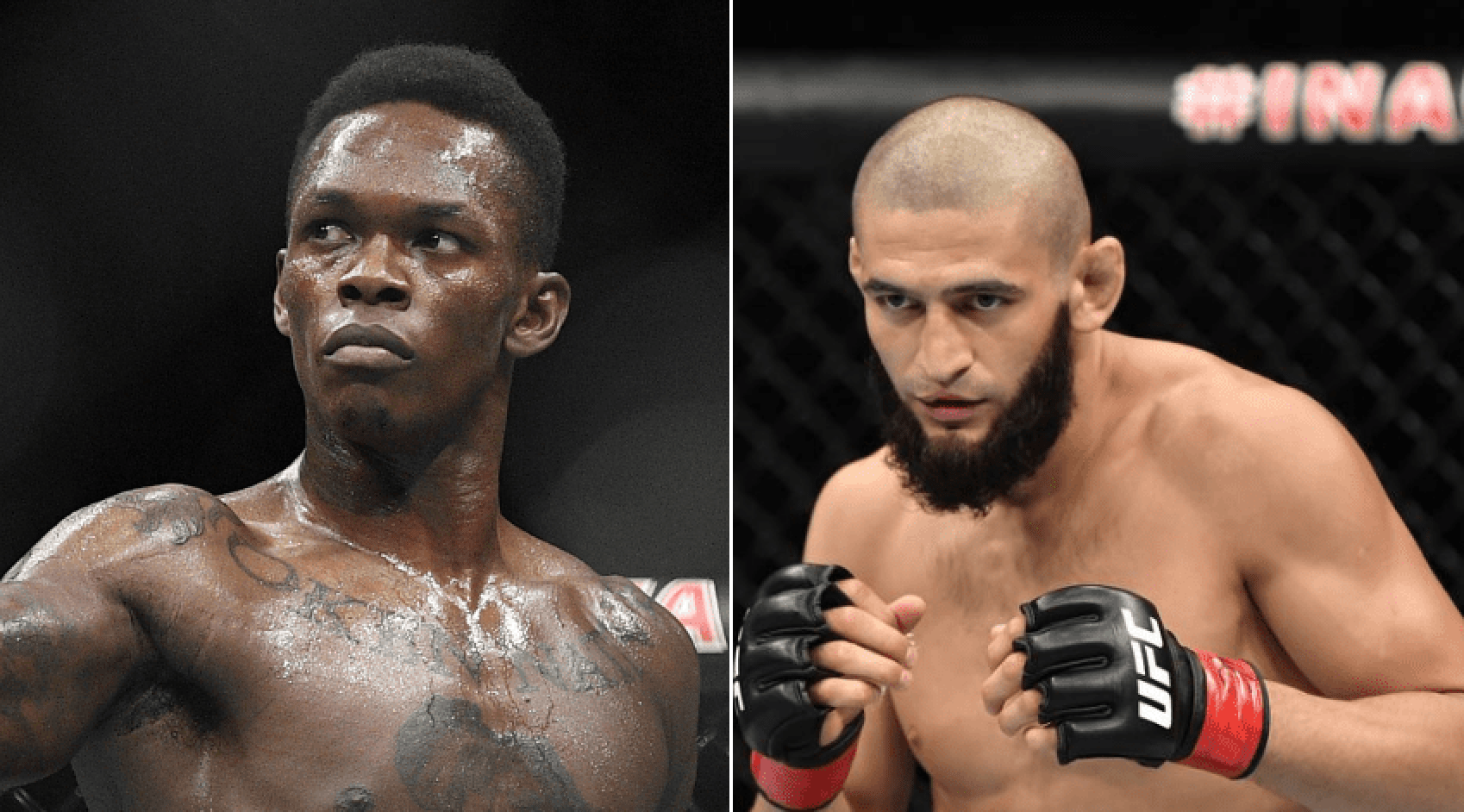 Khamzat Chimaev and UFC middleweight champion Israel Adesanya are having a back and forth battle going on between them. Khamzat Chimaev said that the ‘rat lip’ comments made by Adesanya will cost him his belt. 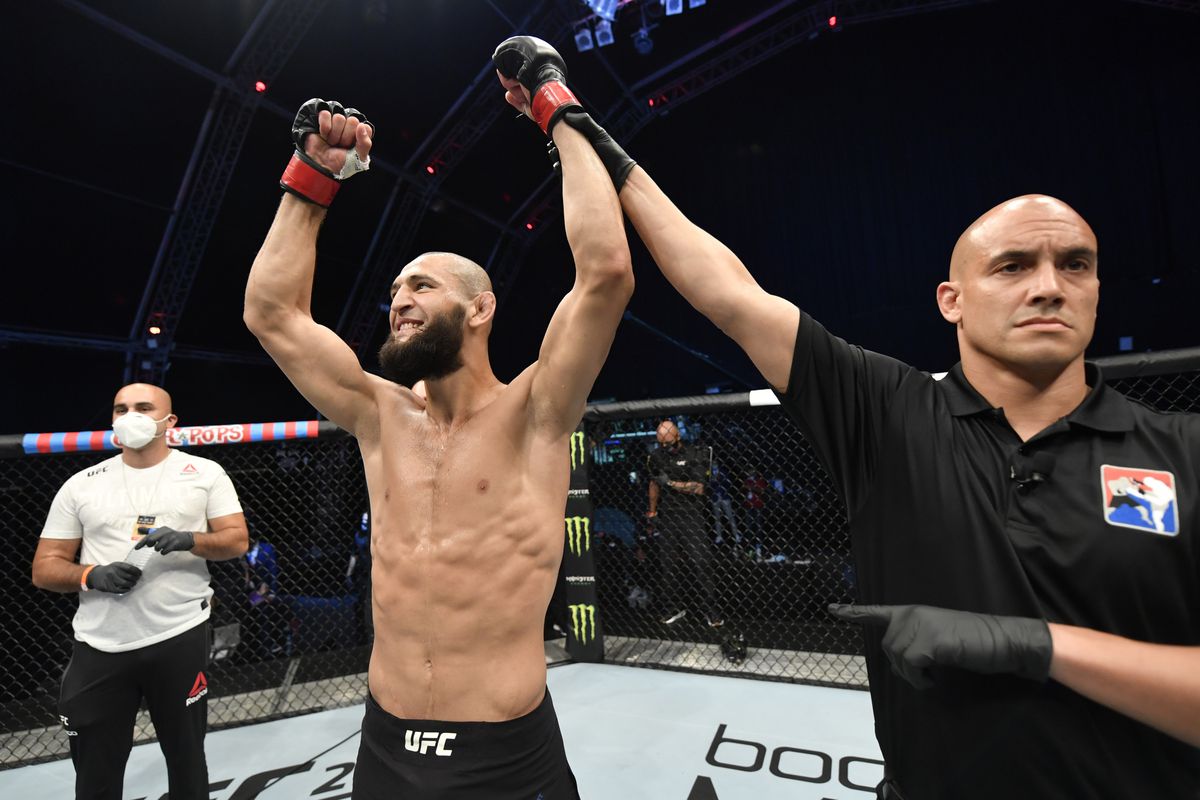 Chimaev’s previous two UFC wins against John Phillips and Rhys McKee were both earned on the mat – one by submission and the other by ground and pound TKO. He said his brutal knockout of Meerschaert who has a 6-6 record in the UFC showed that he has much more to his game than just grappling and mat skills. After the fight at UFC Vegas 11, Khamzat Chiamev talked about the fight and his plans in the UFC.

The middleweight champion did not take too kindly to those words and questioned Chimaev’s level of competition. Israel Adesanya is always keeping his eye on contenders coming for his title but he still hasn’t had a chance to take a look at the latest superstar – Khamzat gunning for the gold. 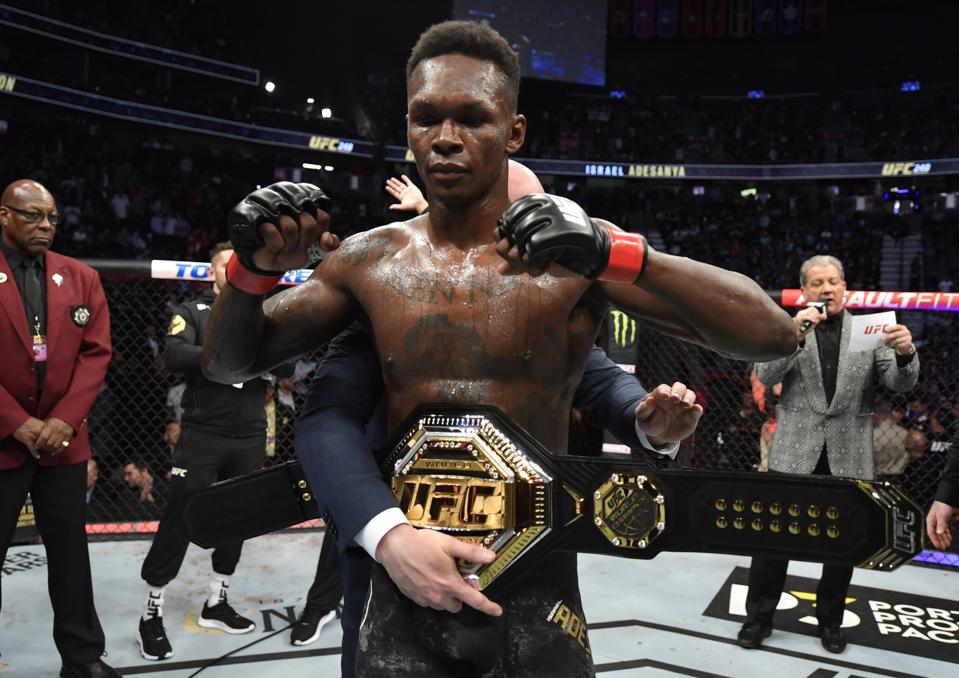 “I don’t even know the guy, I haven’t seen his fights yet,” Adesanya said to Yahoo! Sports. “I saw the presser and he was just talking s**t. He was just casting his net. Have you seen him fight? Rat lip? Meh …

“Tim said he fought low-level competition,” Adesanya added. “So he thinks I’m an easy fight … that’s interesting. I mean, everyone does this when they’re coming up, casting the net wide. Yeah, keep casting.”

@stylebender (Israel Adesanya) what do you said about me it will cost you your belt if you’re still the champion Good luck,” Chimaev wrote.

TMZ Sports talked to Chimaev … and asked if he’d fight Adesanya or Costa this weekend in Abu Dhabi if either of the men were unable to participate in the UFC 253 main event.

“I am ready. Yes, 100 percent I am ready,” Chimaev said to TMZ Sports. “100 percent, for the title I am always ready. I would be so happy if they gave me this chance to jump in there. 100 percent would take it.”

“I am happy to fight with anybody, it doesn’t matter,” he said. “Tomorrow, tonight, always ready to fight.”

So a lot going on between Khamzat Chimaev and Israel Adesanya but first, at UFC 253 the champ Adesanya has to face his toughest challenge in the Brazilian Paulo Costa. Chimaev, on the other hand, has his eyes set on Demian Maia for the November event but he may even fight before that as per Dana White.

What do you guys think between this ongoing twitter battle between Chimaev and Adesanya?

Previous articleCosta details his plan of not chasing Adesanya at UFC 253
Next articleUFC 253: Adesanya vs. Costa Odds, Predictions and Verdict