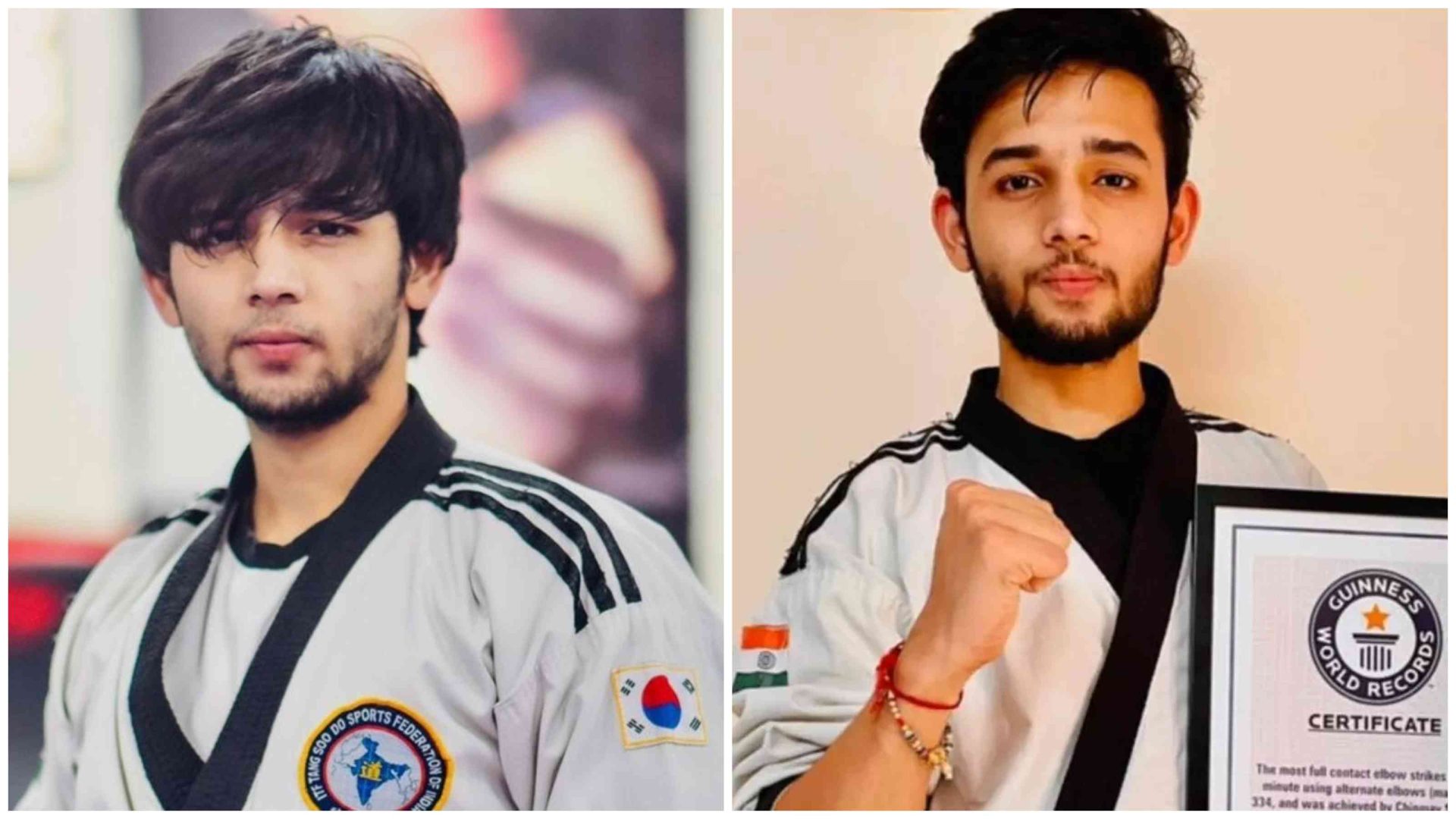 Chinmay Sharma may be a name that most combat sports fans of India are aware of, but the Delhi-based mixed martial artist has just made a feat that has granted him international status. Chinmay has performed an astounding 57 backward lunges under just one minute, setting a new Guinness World Record.

Previously, the Guinness World Record for most backward lunges in one minute was set by Ali Mounir, a gymnast from Egypt who had set a record of 53. Now, Chinmay has broken Mounir’s record and clocked four more within the timespan of 60 seconds.

The 21-year-old revealed in an interview with The Bridge that he attempted to break the World Record on 23rd October, a month after he became aware of it and after almost three months, it has been recognized. He was able to perform 58 but the last one was ruled out by a judge.

“I came across this world record in September and decided to give it a try. To achieve this feat, I had to add two more routines to my usual training regimen – squats and deadlift,” Chinmay said in the interview, “I wrapped up my weight training for the attempt five days before attempting the record on 23rd October. I was able to perform 58 backward lunges in a minute, but the judge ruled one out.”

Up next, the Delhi-born fighter has his aim on the most alternate elbow strikes in three minutes, the standard for which is set at 700 by Guinness World Record and has been untouched to date.

“I will soon attempt the record for most alternate elbow strikes in 3 minutes. The standard set for this by Guinness World Record is 700, but no one has been able to achieve this. I want to be the first person to hit that mark,” Chinmay added.

After a career-threatening injury in the lower back in 2017, Chinmay made a stunning recovery back to MMA and in July last year had set a new World Record of 334 full elbow strikes in one minute, shattering the previous feat of Pakistani martial artist Muhammad Rashid, who was able to perform 292 strikes in 60 seconds.

At that time, Chinmay said he dedicated his feat to the soldiers of his country, “I want to dedicate this record to our soldiers. This belongs to them and for my country, which has given me everything in my life.” [H/T India Today]

What do you think of Chinmay Sharma’s World Record feat? Let us know in the comments.