Chris Weidman is not interested in Anderson Silva trilogy 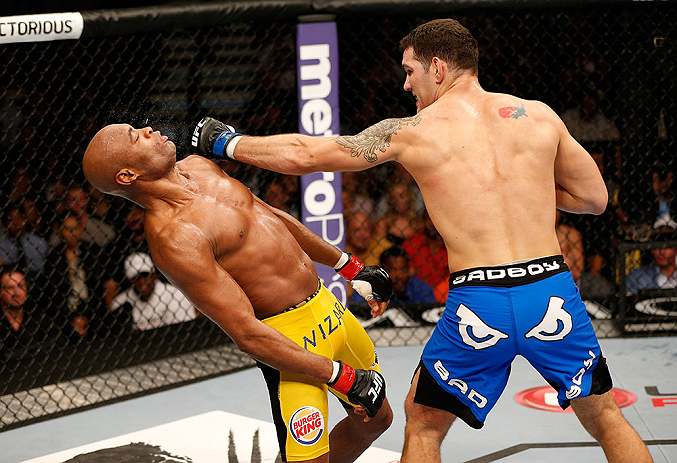 Chris Weidman expressed disinterest in having a trilogy fight with Anderson Silva.

Brazilian Mixed martial artist Anderson Silva (34-10-1) is a veteran in the game, and is always in the conversation of being the greatest of all time, amongst other fighters like GSP, Jon Jones etc. In his prime, he was arguably the greatest striker in the octagon and dominated all his fights.

He was on a 17 fight win streak, including victories against Chael Sonnen, Vitor Belfort and Demian Maia. His streak was ended by Chris Weidman who knocked him out two times in back to back fights. It was one of the biggest upsets the UFC has ever seen and marked the beginning of the downfall of a legend. 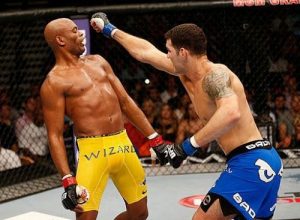 Within 6 months of the first fight, the two fighters met again inside the octagon, and Weidman won again after the fight was stopped due to Anderson Silva’s leg injury. After defeating Anderson Silva twice, Chris went on to have some more stunning wins against Lyoto Machida and Vitor Belfort but then has lost 5 out his last 6 fights.

The American fighter is set for a comeback in the middleweight division this weekend, in his fight against Omari Akhmedov.

Fans have been waiting for the trilogy fight between him and Anderson Silva, but the possibilities of this matchup have been put to rest by Chris Weidman after he said he is not interested in the fight.

“I just don’t see how it is interesting at all. I completely dominated him every single second of every single round that we fought up until the finishes,” Chris Weidman said at the UFC Vegas 6 media day. “So, I don’t really have an interest in fighting a guy that I was able to dominate twice.”

What’s next for Anderson Silva?

Silva has two fights left in his UFC contract, and Dana White admitted he does not know what to do with them. His comeback fight is sure to get good Pay per views, and it will be interesting to see who Anderson Silva ends his career with.

A few months back, Anderson Silva had expressed his interest in fighting Conor McGregor for his comeback fight.

“I have a huge admiration for the great athlete that Conor is and I believe this super-fight would be something historic for the sport, neither of us has anything else to prove,” Silva wrote on Instagram. “I believe UFC and (MMA) fans would like to watch this great martial spectacle, testing my martial skills against him would be fantastic”

Conor McGregor tweeted out his acceptance for this fight, but since then there hasn’t been any official update on the news.

Who do you think Silva should fight next?