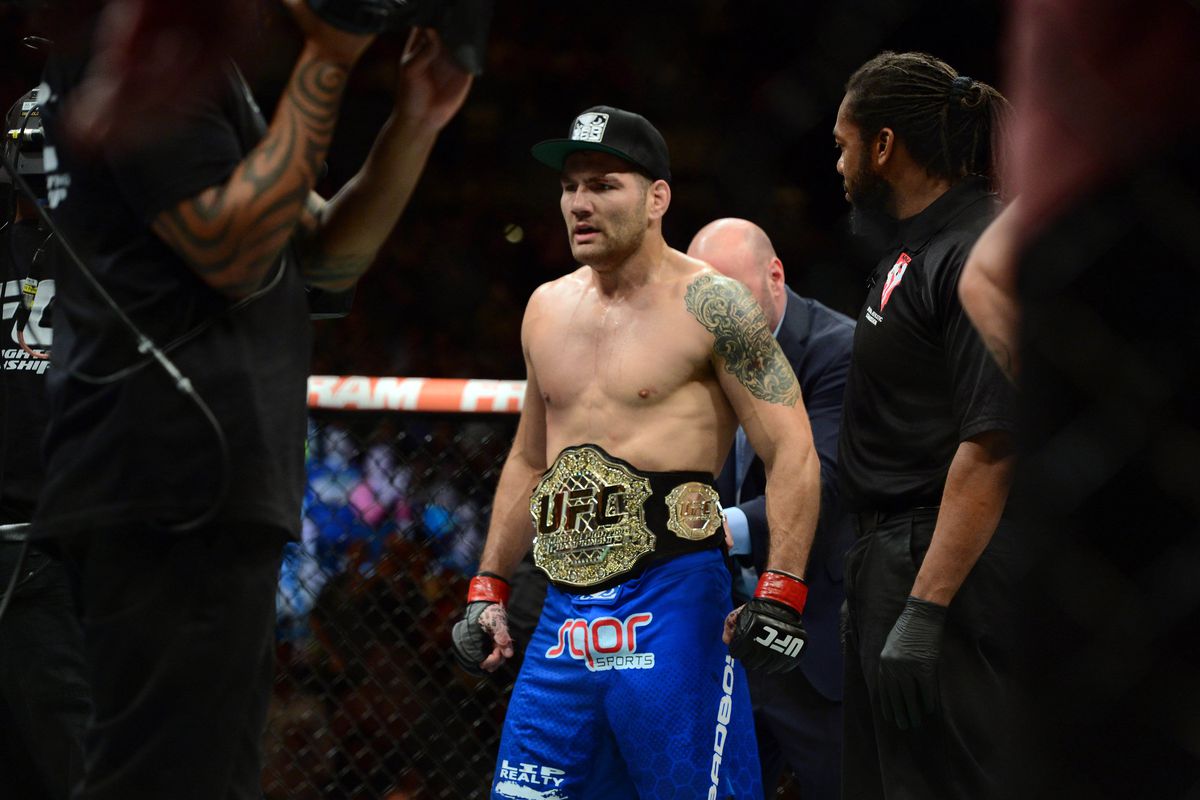 UFC Light Heavyweight champ Jon Jones is preparing for his upcoming fight, but he was involved in an interesting Twitter convo recently.

“I would love to see @chrisweidman vs. @JonnyBones,” a fan wrote. “That would be great.”

Later, Weidman tweeted out a simple reply: “On my way!”

Weidman talked to the media at UFC 238 and said the following :

“Honestly I think I bring a lot of problems to the table with my wrestling, my jiu jitsu,” Weidman said on Saturday (transcript via BJPenn.com). “Also I’m long, and I have power in my hands — especially at 205, I think that might be a benefit for me. I think I’ll even hit harder.

“I think my wrestling and jiu jitsu, on paper, is better than his. The way he’s able to mix it up so well on the feet and then trick you with his standup and also look for takedowns, the way his uses his elbows and knees… We haven’t seen a guy do it as well as him. So I give him 100% props.

“But if I’m able to drag it into what I’m great at, I think I bring a serious problem,” he added. “And also my pace, my pace is something that I think I really bring to the table. I don’t know if a lot of 205 pounders can hold up to that.”

Jon Jones will be defending his championship against Thiago Santos at UFC 239 at the T-Mobile Arena in Las Vegas, Nevada.

Previous articleWATCH: Aaron Pico gets brutally knocked out by a flying knee!
Next articleTJ Dillashaw says he hates himself a little for using EPO