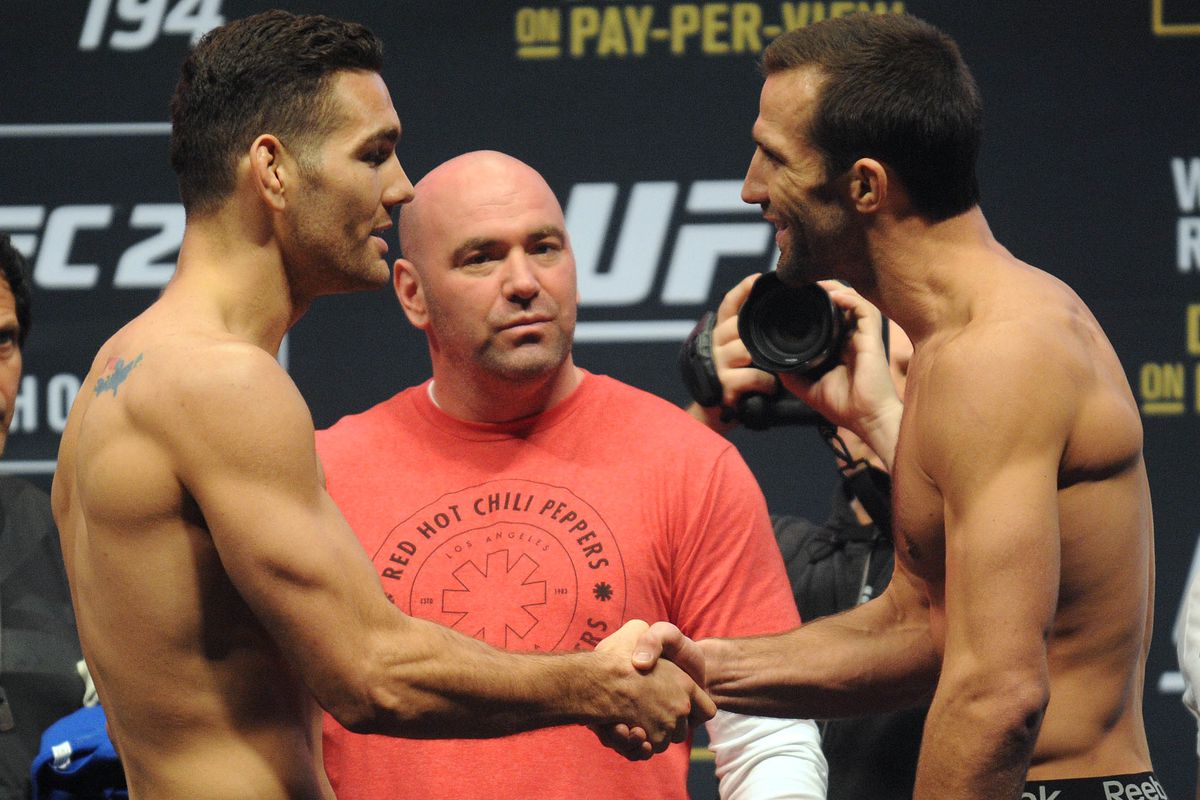 They were also scheduled to fight two-years later, but it was again cancelled when Rockhold got injured. Weidman has always wanted the rematch and both fighters also moved up to light heavyweight division. However, Chris Weidman isn’t sure anymore that he is ever going to get a rematch.

Luke Rockhold got knocked out by Jan Blachowicz at UFC 238 last month and Weidman said that he has mixed feeling about Rockhold’s unsuccessful light heavyweight debut.

“To be honest it was a little bittersweet,” Weidman said on Ariel Helwani’s MMA Show. “I never like to see anybody get hurt even though me and Luke have had a lot of issues back and forth for a long time, and that’s the one guy I really wanted to get a fight with him and get that one back. Your first loss always seems to hit home the most, so that’s the one I wanted back.”

Weidman will fight Dominick Reyes at UFC Fight Night 162 which will take place in Boston later this year.

“It’s kind of bittersweet to see him go out there (because) I didn’t think he looked good,” Weidman said. “I thought he was slow, tired and to see him get knocked out like that again, he’s been off for so long already. I was supposed to fight him back in November and he pulled out and then he was off until just recently so I don’t know what’s up for him next but one part of me is like, ‘I want to be the guy that’s in there with him,’ but now the other part of me is like, ‘I don’t know if he’s going to be around much longer and whether he’s going to retire or not.’” (H/T – MMAJunkie.com)