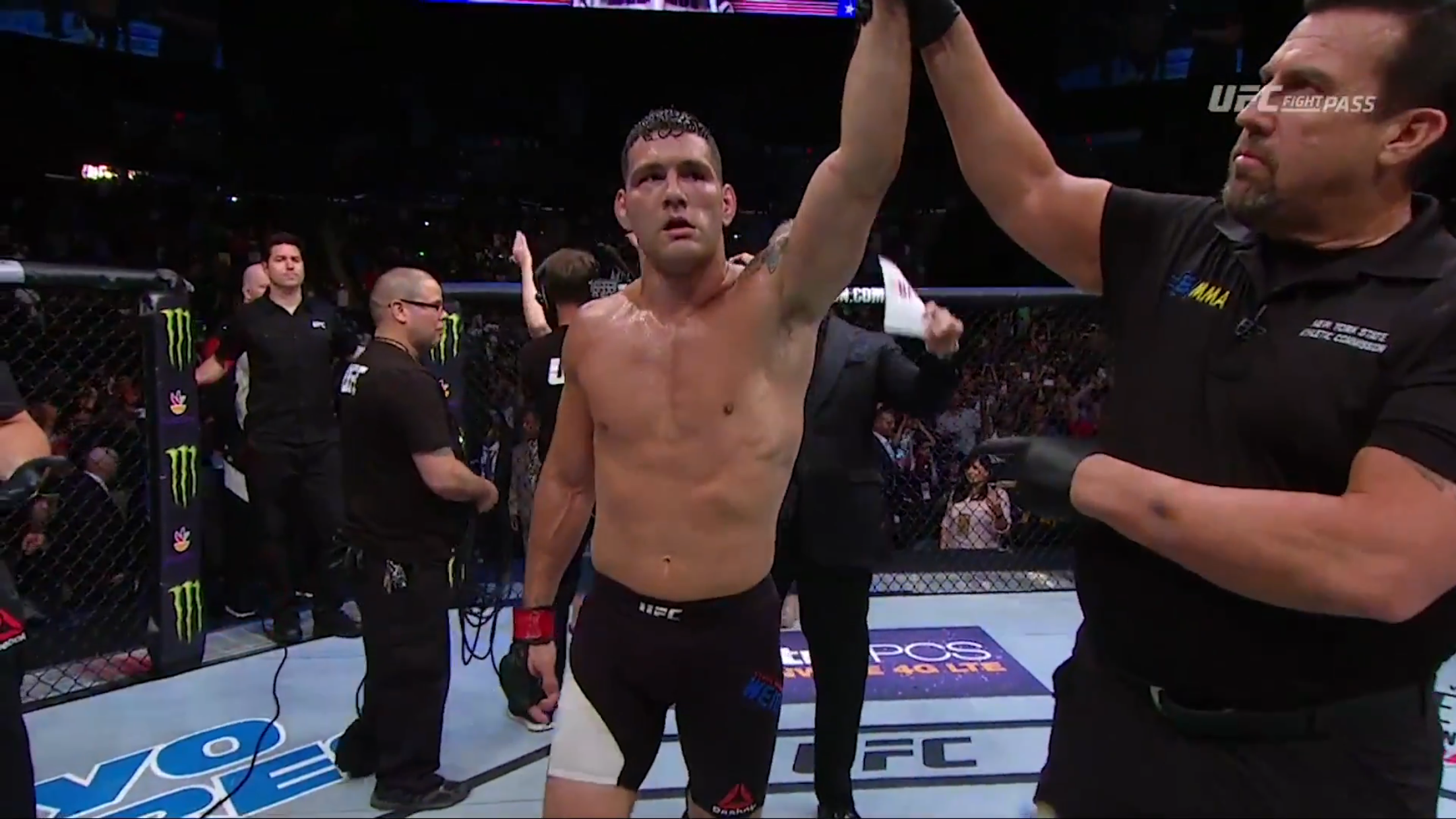 Chris Weidman survived a first round knock down by Kelvin Gastelum to come back in the third round and choke him out via arm triangle.

Then an emotionally charged Chris fired out at all his doubters in the post fight octagon interview with Brian Stann, he called them out to keep doubting him and told everyone they all knew who was still the champ. Weidman thanked all the Long Island and New York fans for their continued support. 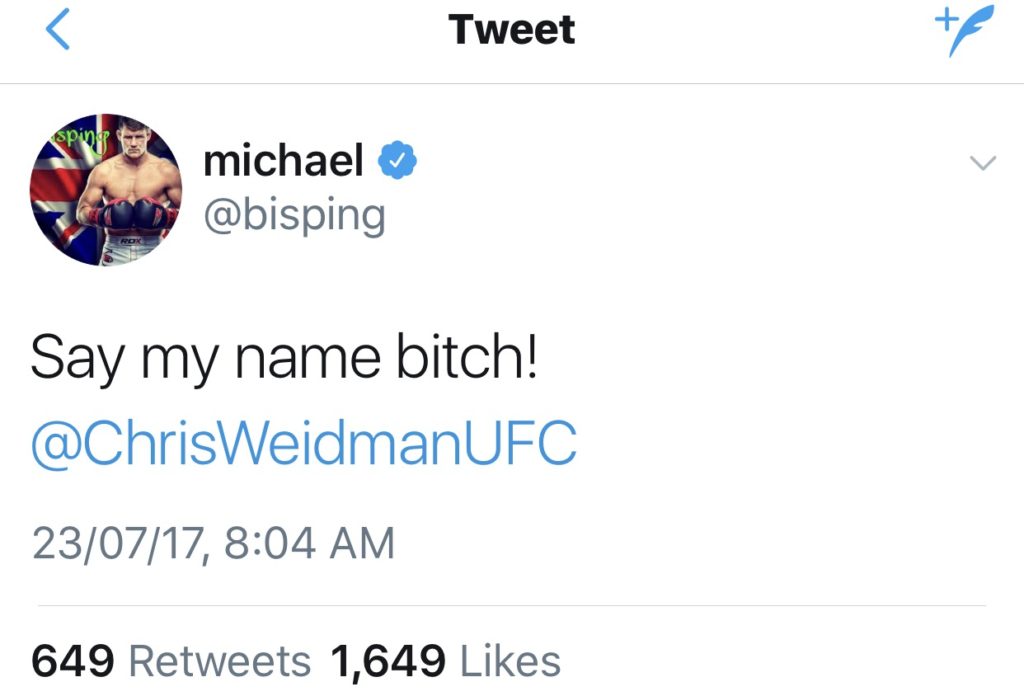 He then proceeded to call out middleweight champ Michael Bisping to fight some real men. Bisping,of course, fired back on twitter in his own fashion(pic attached).