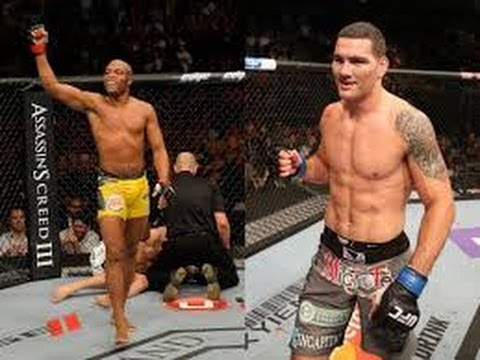 It’s safe to say that no one could have predicted Anderson Silva’s spectacular downfall. The former UFC Middleweight champion recently failed another drug test. The man who broke Silva’s legendary 16 fight win streak, Chris Weidman has finally given his two pence on the “Spider’s” latest doping debacle. “The All-American” has even claimed that the doping failures have certainly tarnished the Brazilian’s legacy.

‘Spider’ Silva last fought and defeated Derek Brunson at UFC 208 via a highly controversial unanimous decision. Silva had lost his title to Weidman in 2013 at UFC 162, he was again defeated by Weidman in his first title defense at UFC 168. 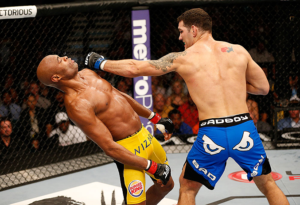 Weidman made the comments about Silva’s tarnished legacy in an interview given to MMA Fighting. He also stated that how almost all the fighters he has faced in his career have had troubles with doping. On being asked about his former opponent’s doping issues, the former NCAA Division 1 wrestler said the following:

All these guys are on it. Even Lyoto Machida failed a drug test. I didn’t think he was that guy. All the guys — Yoel Romero, Vitor Belfort. Go on Sherdog and look at my record. Literally almost every single guy I ever fought has failed a drug test.”

Weidman’s comments are true to an extent. Such failed drug tests do tarnish Anderson Silva’s great legacy. It’s still to be seen what the arguable Middleweight G.O.A.T has to say in his defense.