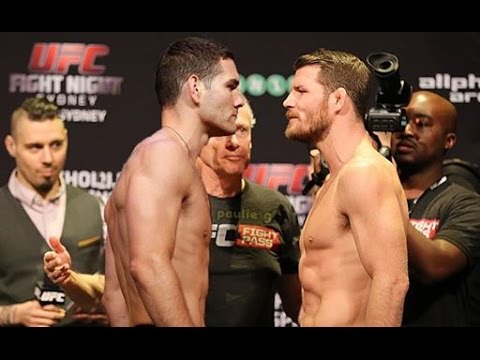 After Chris Weidman’s win over Kelvin Gastelum this weekend at UFC Long Island, he called out Michael Bisping and of course Bisping being Bisping, couldn’t resist a reply, so he told Weidman on twitter ‘say my name Bitch’ to which Weidman replied with a simple but effective ‘Bitch’.

But it seems Weidman had some time to think of a better reply and he later tweeted. a picture of a cross eyes gentleman and added ‘cross eyed bitch’. 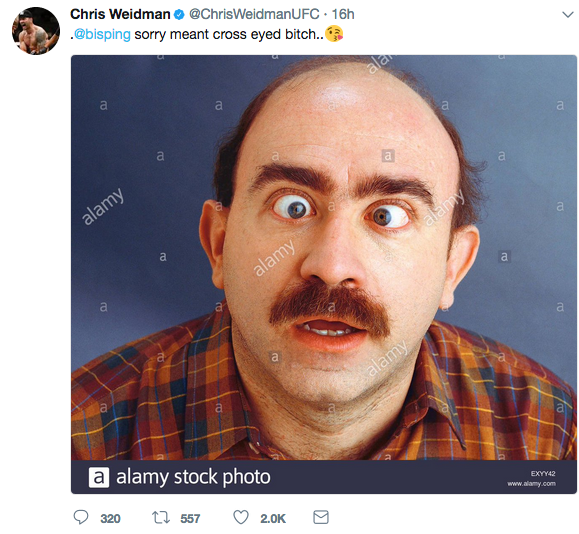 This got Bisping all twisted up and he promptly replied saying Weidman was making fun of a fight injury and he couldn’t wait to face him (actually he said much more but we’re being polite here).

So looks like Weidman is making full use of Whittaker’s injury to make a fight with the Count while he’s out.

We can’t wait to see the outcome.