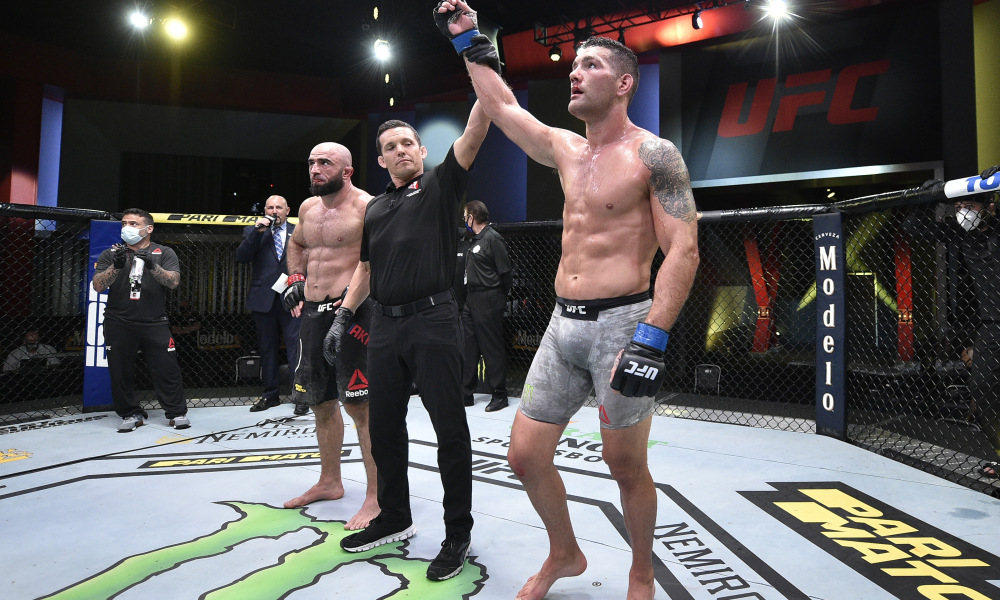 Chris Weidman’s recent victory came after a very long time. The past few matches of Weidman didn’t have have the outcome he wished for. He had to face some brutal losses in his last couple of fights.

This was a much-needed win for him as he went from ruling the division to not even being ranked in the top 15 middleweights.

The victory over Akhmedov also closed a two-fight losing streak in which Weidman got knocked out brutally by both Dominick Reyes and Ronaldo Souza. Previous to the Akhmedov fight, Weidman had lost five of his past six fights.

While talking to the media, after his win over Akhmedov he was asked a lot of questions regarding what’s next for him in the division and how much this victory after such brutal losses meant to him. He talked about coming back to fighting as soon as possible and said, he should be ready to fight anytime during this pandemic situations there will be more opportunities.

What should be next for Chris Weidman?

Many MMA fans are making speculations of whom should Weidman fight next. Even after a win over Akhmedov, Weidman could not secure a spot in the already stacked middleweight division. Rumours of a potential rematch with former champions and rivals like Anderson Silva or Luke Rockhold has also been circulated in the past. Though the chances of these two-fights happening are quite slim.

Weidman can be eyeing to fight someone from the top 10 or maybe a top 5. But a fight with someone from the top 5 is going to be hard to book as the record of Weidman’s past fights doesn’t favour him.UFC sure has someone planned for him after his last impressive win over Akhmedov.

Who do you guys think should Chris Weidman fight next?