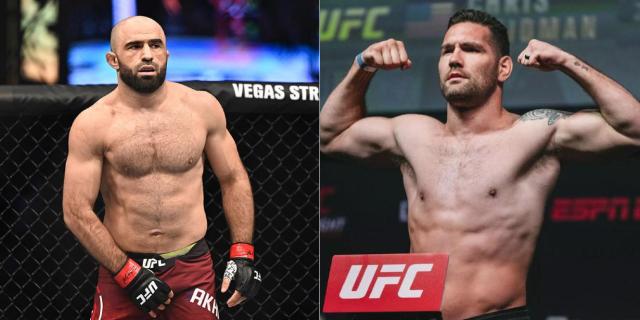 Former UFC middleweight champion Chris Weidman is returning back to the cage after a ten-month layoff against Omari Akhmedov.

The fight will take place at a UFC Fight Night event on August 8. The news was first reported by MMAfighting’s Damon Martin.

While the location hasn’t been revealed yet, but it’s highly likely that the fight will take place in Las Vegas. Omari Akhmedov also confirmed the news of fighting Weidman on social media. 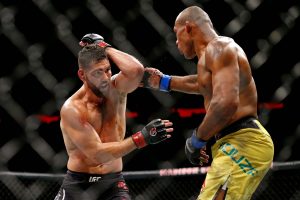 On the other hand, this will be a must-win fight for the 36-year old Chris Weidman, who will be looking to get his first victory in nearly three-years. His last fight took place in the light heavyweight division against title challenger Dominick Reyes at UFC on ESPN 6 in October last year.  In this fight, he was brutally knocked out in the first round. Prior to that, he lost to Ronaldo Souza at UFC 230.

His last win came against Kelvin Gastelum at UFC on Fox 25 in 2017. Chris Weidman is also 1-5 in his last six Octagon appearances.

Other options for Chris Weidman?

Last year, Weidman revealed that he was interested in fighting his formal rival Luke Rockhold inside the cage. However, he made it clear that he will only fight Rockhold after a tune-up fight.

“I haven’t had a tune-up fight in my career. My last 11 or 12 guys are top five in the world. I’ve been in main events and on the main card since my first fight in the UFC,” Weidman said on the MMA and Beyond Podcast.

A fighter like Omari Akhmedov is hardly a tune-up fight. Earlier this year, the UFC was looking to match Chris Weidman against former light heavyweight title challenger Yoel Romero, but according to the Cuban’s manager, the fight fell through because of Yoel’s injury.

The August 8 event will likely be headlined by a heavyweight match-up between Derrick Lewis and Alexey Oleinik.