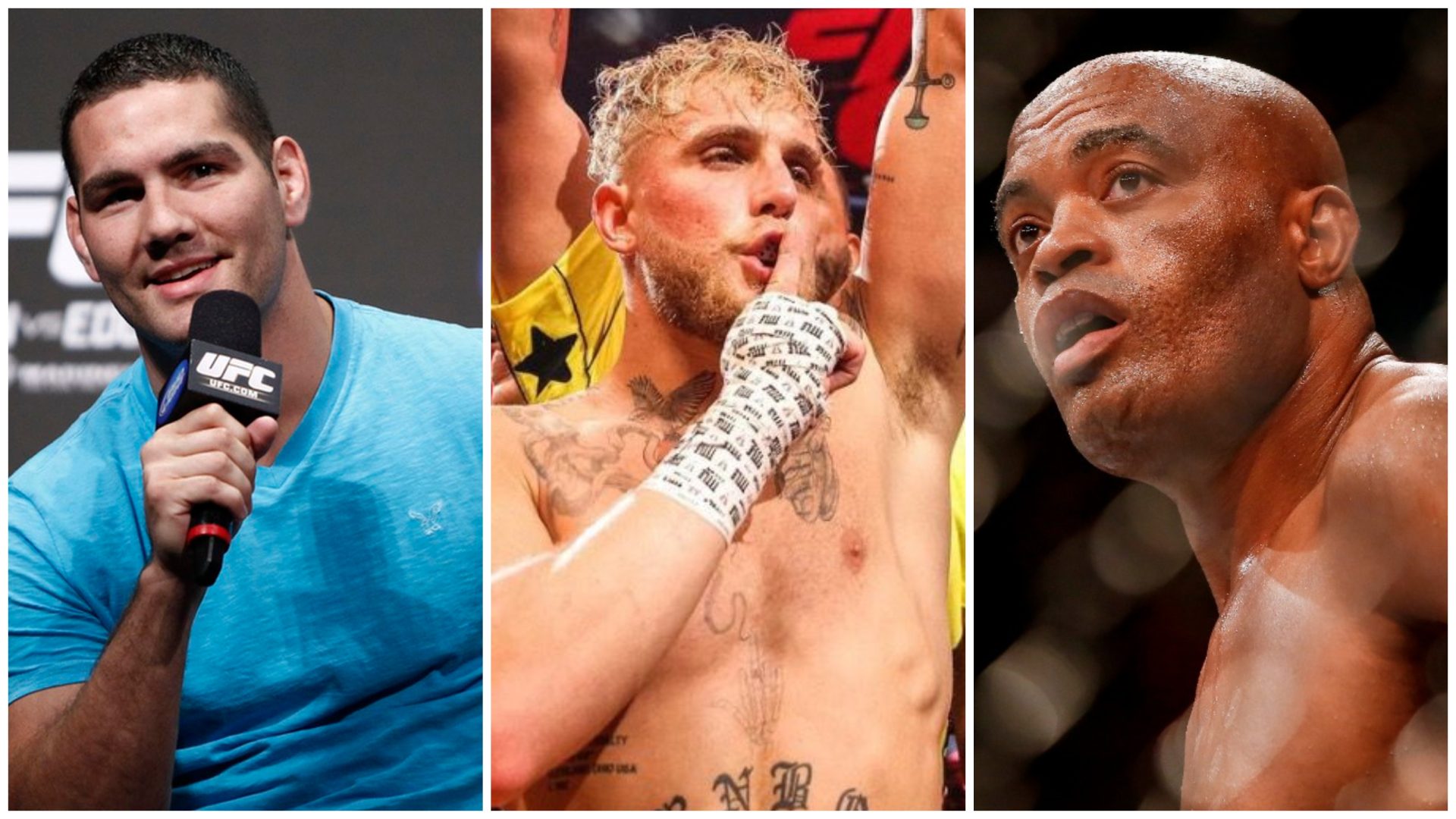 Even though many combat sports fans do not see him as an important figure in the industry, Jake Paul has established himself as one. The YouTuber-turned-pugilist is still undefeated inside the squared circle and his 5-0 record as a professional has come up in facing non-boxers, including former MMA champions like Ben Askren and Tyron Woodley, both of whom are welterweights in the cage while “The Problem Child” is a cruiserweight. Former UFC middleweight champion Chris Weidman has brought up this and believes that Paul should turn his attention to bigger fighters and wants him to face Anderson Silva.

Every MMA fan is aware of Anderson Silva and what he has achieved inside the Octagon. The former UFC middleweight champion, who reigned as the division’s titleholder for over six years, returned to professional boxing after a gap of sixteen years with a split decision win against Julio Cesar Chavez Jr earlier this year. The fight which took place at the Estadio Jalisco in Guadalajara, Mexico on 19th June, saw Silva’s brilliance with the sparring gloves as he dominated Chavez Jr throughout the eight rounds to pick up the second victory of his three-match pro boxing career.

On the other hand, Jake Paul himself shocked the combat sports world in his own ways. Last November last year, his brutal KO of Nate Robinson on the undercard of Mike Tyson vs Roy Jones Jr was the talk of the town for weeks, and Paul subsequently defeated former multi-division MMA champion Ben Askren in April. Then, his two-fight saga with former UFC welterweight champ Tyron Woodley ended in him winning both bouts, first in August via split decision and the rematch, on 18th December, with a brutal 6th round KO.

Following the second Woodley fight, Paul had called out Nate Diaz and Jorge Masvidal- two more welterweight fighters who are still under the UFC’s contract and won’t be able to box him.

Chris Weidman, the one who ended Silva’s record-long title reign at UFC 162 in 2013, recently opened up on Jake Paul’s boxing career and says the 24-year-old is only going after fighters who are in lower weight classes and feels Silva is the perfect to fight him.

“He’s calling out smaller guys than him,” Weidman said on the Won’t Back Down podcast. “Anderson Silva is not [under a UFC] contract, he’s a professional boxer, he’s been looking great. He just beat a former world champion boxer [Chavez Jr,] and they’re right around the same size. Why aren’t we hearing him call Anderson Silva out? I would love to see that.”

“I would love to see him fight Anderson Silva. He’s calling out all of these fighters with UFC contracts, and none of those are really gonna happen at this point. UFC would have to get behind it — kind of a Conor McGregor vs. Floyd Mayweather type match — and unless you’re drawing in $500 million like the Mayweather and Conor McGregor fights were doing, the UFC’s not doing that, because they would want to split it.

“If it’s not that type of money, they’re not doing it so we’re wasting our time talking about Diaz, Masvidal, Usman, it’s just a waste of time, but that’s how he’s amping himself up and making himself sound like he’ll fight anybody,” Weidman added. [H/T Boxingscene.com]

What are your thoughts on a boxing match between Jake Paul and Anderson Silva? Let us know in the comments below.

Previous articleThe Final Chapter: Logan Paul and KSI tease third boxing match with announcement coming on Jan 4
Next articleDana White says Joe Rogan has helped to build up the sport: ‘He was very instrumental in helping build the sport’