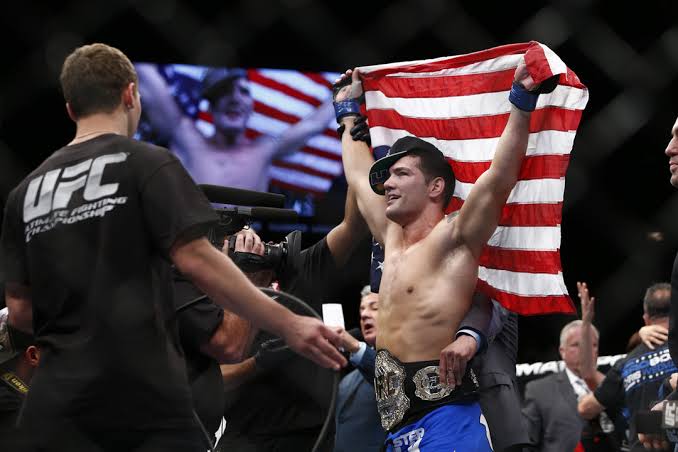 UFC 234 couldn’t give us the promised championship bout however gave us the name who could further fight for the title as undefeated prospect, Israel ‘The Last Stylebender’ Adesanya prevailed. Adesanya defeated one of the greatest of all time in Anderson Silva via a lopsided decision. Former middleweight champion ‘The All-American’ Chris Weidman however wasn’t impressed. 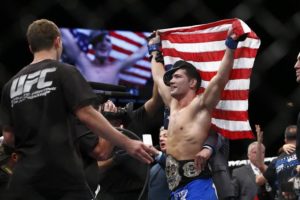 Weidman took to Twitter to have sort of a jab at Adesanya. Weidman believes Adesanya is a ‘bit overrated’, thus indicating a call out. (via Twitter):

Another fight associated with Weidman has been a trilogy fight against Anderson Silva. UFC President Dana White was asked post-fight at UFC 234 about potentially making the trilogy fight sometime down the line. He said he would “make that fight again”. Weidman however dismissed the idea.

Weidman has been known for snapping the invincible 16 fight winning streak of Silva yo become the champ. Weidman also defeated Silva in an immediate rematch. Both the fights however didn’t give us a satisfying winner. Silva paid the price for his trademark showboating in their first fight, pretending to be hurt and leaving his guard open trying to lure Weidman. Weidman however capitalized with a left hook further flooring Silva. In their second fight, Silva snapped his leg after throwing a leg kick. The injury is regarded by many as the most brutal injury in all of combat sports.

Weidman has had a tough run lately being 1-4 in his last five fights. Silva also being 1-5-1 in his last seven fights, certainly makes sense for Weidman.

UFC: Kelvin Gastelum declares himself as the UFC champ after Robert Whittaker was forced to withdraw from UFC 234