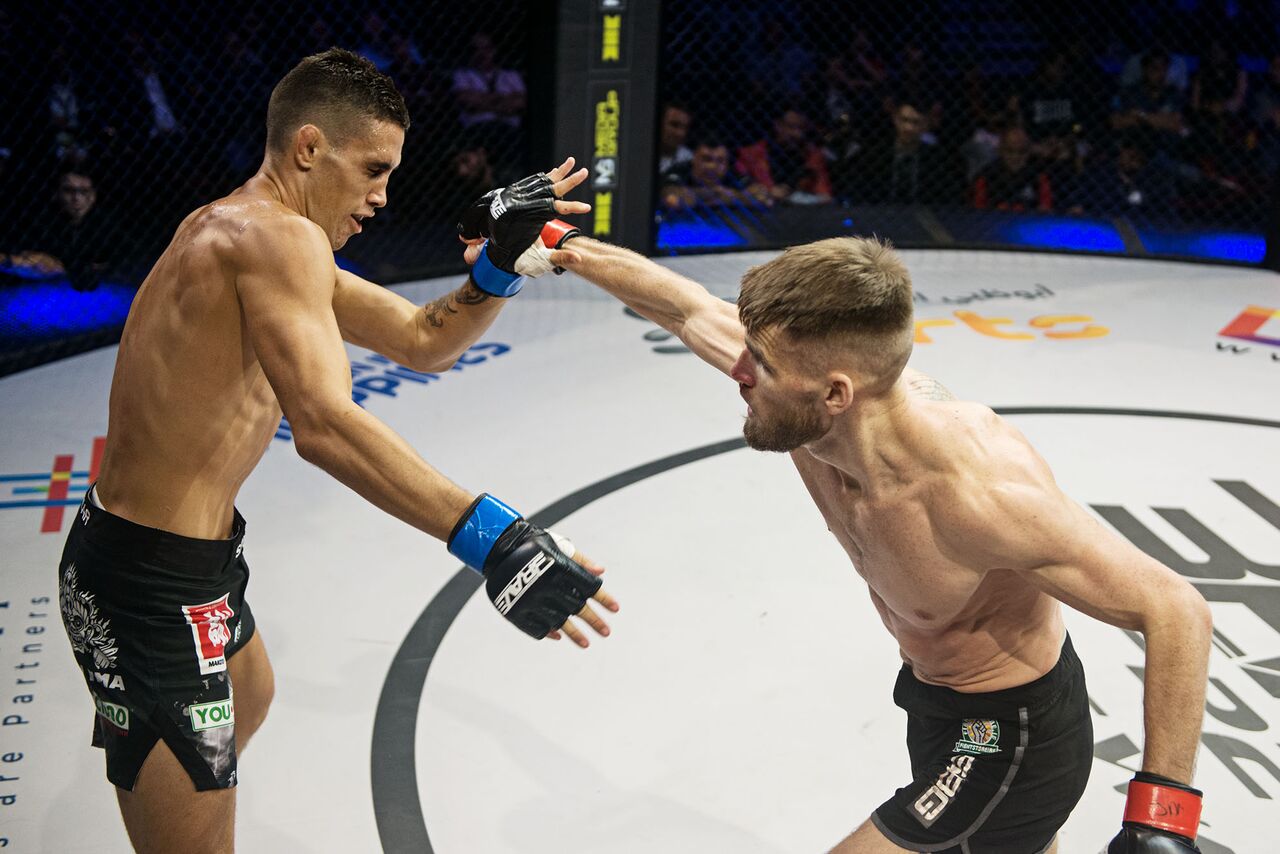 Irish striker Cian Cowley was off to a good start in his Brave 22 bout against John Brewin, winning the first round of their co-main event fight. However, Brewin’s clinch game stifled his standup, and two of the judges gave the victory to “Trouble”. After going through his first loss under the Brave banner, Cowley and his team want a quick turnaround.

World-class coach John Kavanagh, who’s the head trainer for “The Warrior”, used his social media accounts to heap praise on his pupil and call for a fight as soon as possible, since Cian sustained no injuries during the fight.
“Didn’t get the result we wanted. Thought we’d done enough in the first two rounds but that’s how it goes sometimes. Very proud of the progress Cian Cowley making, this is a bump in the road and we’ll be back. Thank you Brave CF, zero damage done so we’re ready to go again as soon as possible”, wrote Kavanagh, who serves as the head coach for MMA superstar Conor McGregor.
Brave 22 took place last Friday at the iconic Mall of Asia Arena, in beautiful Manila, Philippines. It was the first time the biggest MMA promotion in the Middle East organized a show in the country. In the main event, Filipino superstar and Bantamweight champion Stephen Loman claimed his third title defense with a TKO victory over former Featherweight titleholder Elias Boudegzdame.