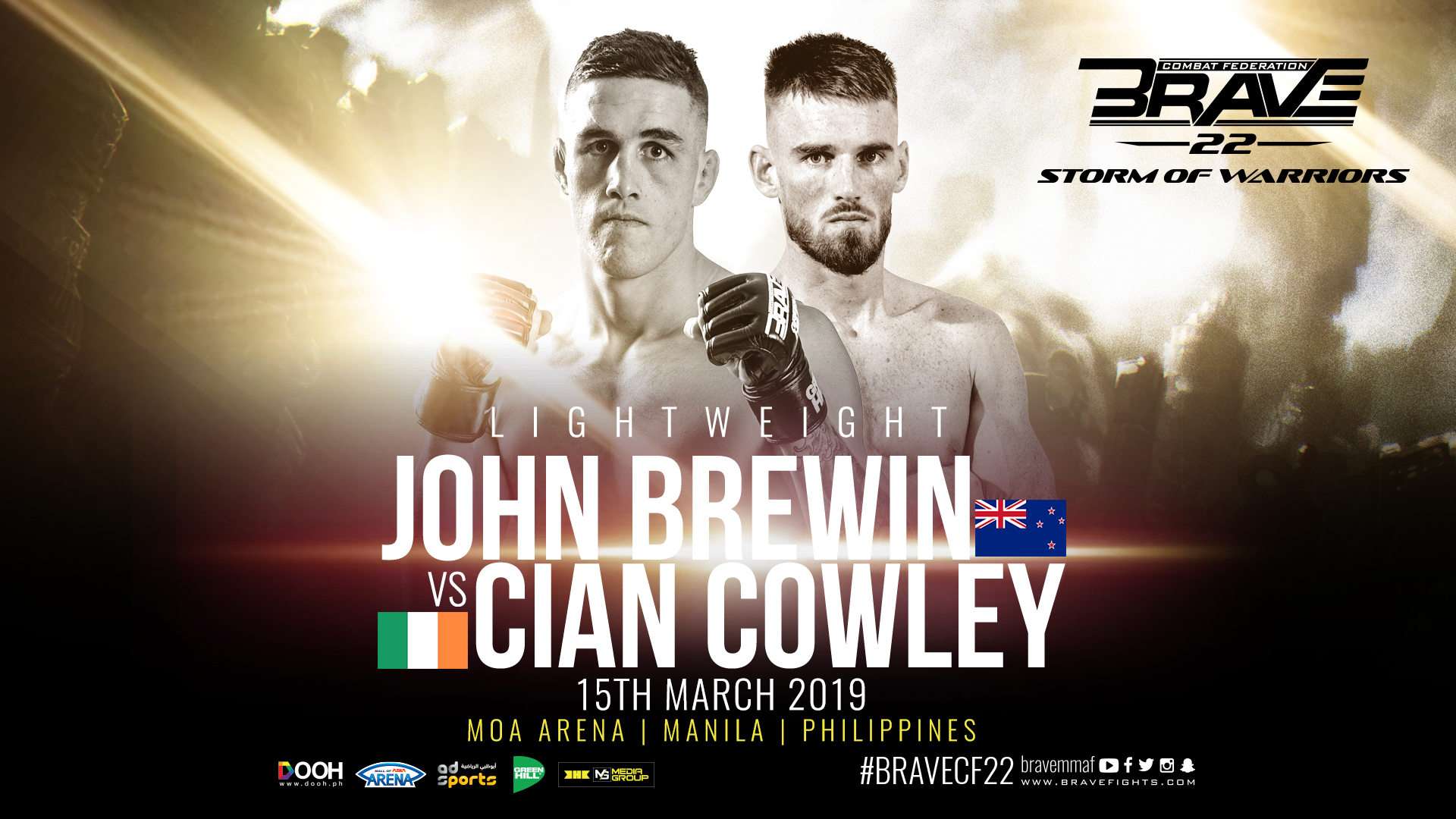 Lightweight contender Cian Cowley will look to make it three in a row for Brave Combat Federation. The SBG Ireland product returns to action against New Zealand’s John Brewin, in the main card of Brave 22, set for March 15th, in Manila, Philippines.
After signing with the promotion early last year, Cowley competed twice and is coming off two impressive wins, with both of them coming via first-round TKO. In his promotional debut, “The Warrior” weathered the storm against Daniel Olejniczak before putting his muay thai to use and finishing his opponent inside the first frame.
A few months later, he took on Englishman Hardeep Rai at Brave 18, in Bahrain, and once again came out on top in the first round, using his leg kicks to TKO his fellow amateur world championship medalist.
Cowley will take on a dangerous opponent in John Brewin. Fighting out of Bali MMA, Brewin is coming off the first defeat of his professional career, after starting out with a 4-0 pro record. He was bested by Anas Siraj Mounir at last December’s Brave 20. He holds a 2-1 record inside the Brave cage, with TKO victories over Hardeep Rai and Ahmed Amir.
Brave 22 will be headlined by a Bantamweight title fight, as current champion and Filipino idol Stephen Loman looks to make the third defense of his belt against Elias Boudegzdame. Also confirmed for the upcoming fight card is a Flyweight bout between former amateur world champion Jose “Shorty” Torres and undefeated Amir Albazi.