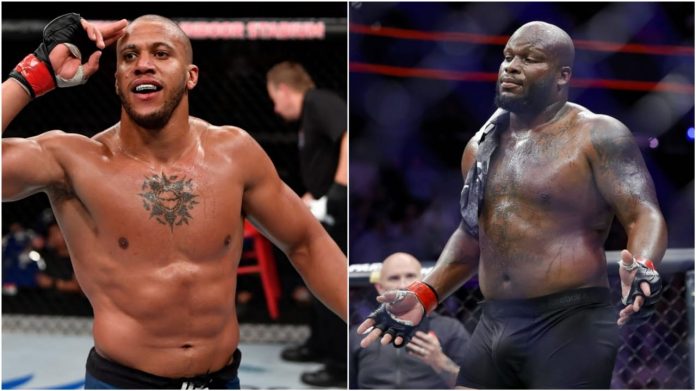 Derrick Lewis is coming off of a KO win over Curtis Blaydes at UFC Fight Night 185. It was a brutal KO as Blaydes was winning the fight till that point and then Derrick Lewis landed a hard uppercut that knocked out Blaydes.

Following his victory, Derrick Lewis called out Ciryl Gane as Ngannou is busy preparing for the title shot against Stipe Miocic taking place this weekend. Lewis didn’t want to sit around and was ready to take on Ciryl Gane.

“I know my window of time is closing to make money. I don’t have that much time left to make money, so I don’t want to just sit around.” Lewis said.

In an interview with MMAJunkie, Ciryl Gane said that he was happy to take on Derrick Lewis. Ciryl Gane is coming off of a win over Jairzinho Rozenstruik at UFC Fight Night 186.

While Gane is confident of his changes against Derrick Lewis, he knows how dangerous the Houston native is.

“You see the fight between Curtis and Derrick one week before? Blaydes, if he didn’t (shoot) too much with the wrestling, probably he would win the fight,” Gane said. “But he did just one mistake to go in front of Derrick Lewis and he did just one uppercut and he finished the fight. For me, the people say, ‘Let’s go, let’s go, let’s go!’ but I don’t want to do the same game like Curtis Blaydes. It’s a little bit of a shame.” (H/T- MMAJunkie.com)

Who do you guys think wins in a fight between Gane and Derrick Lewis? Let us know in the comment section below.